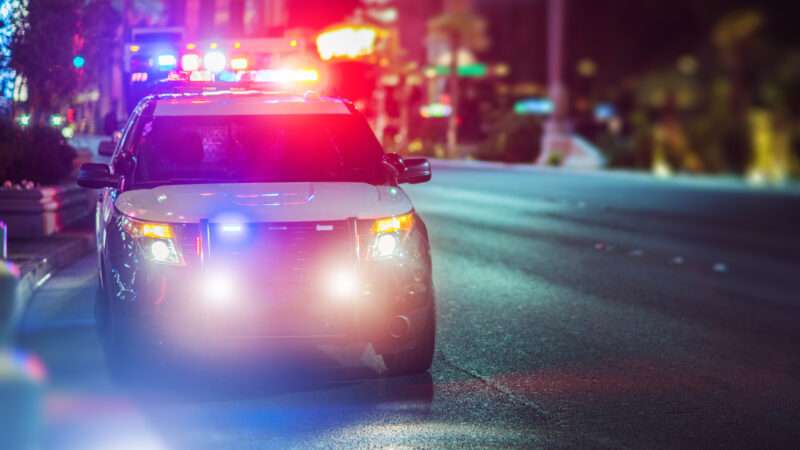 The Indiana Senate on Tuesday voted 37-8 to pass a bill that would give the government broad powers to seize assets from people suspected of “unlawful assembly,” which, under state law, is defined as “an assembly of five (5) or more persons whose common object is to commit an unlawful act, or a lawful act by unlawful means.”

If that sounds hazy, that’s because it is—perhaps intentionally so. “The one thing we know is that vague laws are often enforced as broadly as they possibly can be,” says Sam Gedge, an attorney at the legal nonprofit Institute for Justice, “and civil forfeiture is often enforced as much as it can be because the government stands to profit.”

That practice—civil forfeiture—is similarly foggy, a fitting accompaniment to unlawful assembly. The process allows the state to steal property and/or cash from people suspected of, charged with, or convicted of a criminal offense, depending on where you live. In Indiana, prosecutors need only to furnish a preponderance of the evidence to initiate forfeiture proceedings. They don’t need a criminal charge, much less a conviction.

The measure is part of a larger Senate package meant to bring the hammer down on violent riots, upping penalties for some of the inexcusable methods of protest employed over the summer in response to the police killing of George Floyd. It should go without saying that destroying or burning down businesses in your community should never be an appropriate response to racial injustice. Property rights are human rights, and many businesses that met their demise last summer were owned by the very people protesters claimed to stand for.

But why civil forfeiture would be an appropriate response belies the imagination. Foremost: It is already illegal to riot, already illegal to obstruct traffic, already illegal to commit arson, already illegal to burglarize. Under the Indiana Senate bill, for instance, rioting transitions from a Class A misdemeanor to a level six felony, meaning perpetrators would spend up to 2.5 years in prison and pay up to a $50,000 fine. People who commit those crimes will be prosecuted and punished accordingly.

Unlawful assembly is also already a crime. As mentioned above, however, it’s much more nebulous, as it gives police the power to arrest people should they be in a big enough group and look sketchy enough to state actors. According to the bill, law enforcement would have the latitude to initiate “civil forfeiture of property that is used by a person to finance a crime committed by a person who is a member of an unlawful assembly.”

The practice is, in theory, leveraged by the state to put fissures in, and paralyze, criminal rackets. How that works here is unclear.

“I don’t know what adding the civil forfeiture element really does,” says Gedge. Does it mean the government could take your car if you drive it to an “unlawful assembly”? Maybe, maybe not: “I think we can be confident at any time that when there is a lack of clarity in a civil forfeiture law,” notes Gedge, “the government is going to exploit that lack of clarity to enforce that law against more people.”

Indiana has already shown they are not above that approach. Consider the case of Tyson Timbs, who has been at the center of a yearslong legal saga over his $42,000 Land Rover, which the state says they have a right to possess simply because Timbs was caught selling drugs to an undercover cop. Timbs’ car was seized in 2013 and his plea proceeded to ricochet across the U.S. legal system, including up to the Supreme Court and back down again when a judge finally ruled in April 2020 that the state’s legalized robbery exceeded constitutional bounds.

But the state has not stopped, declaring before Indiana’s highest court earlier this month that there should be no proportionality in civil forfeiture cases: no crime too small, and no asset too big. It was the third time they have made such an argument before the state Supreme Court over the last four years.

Governments have stolen more than $68 billion from people across the U.S. since 2000, even though the practice does not deter crime. Then again, that was never really the goal anyway.