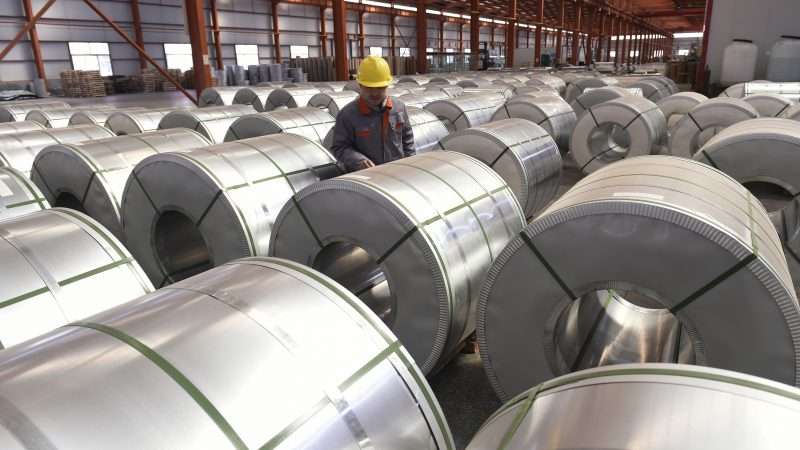 President Joe Biden’s first major trade policy move will be disappointing for anyone who hoped his inauguration would put an end to the presidential practice of unilaterally imposing expensive, unnecessary tariffs for vacuous national security reasons.

Biden’s decision last week to reimpose 10 percent tariffs on aluminum imports from the United Arab Emirates (UAE) contains all the major hallmarks of former President Donald Trump’s misguided trade policies. Biden even sounded downright Trumpian as he announced the renewed tariffs—which Trump had lifted during his final days in office. “The available evidence indicates that imports from the UAE may still displace domestic production, and thereby threaten to impair our national security,” says Biden’s executive order announcing the policy.

The idea that aluminum imports are a threat to national security was a bunch of nonsense when Trump did it, and it’s still bunk when Biden says it. It was, and is, nothing more than a cheap excuse for a trade barrier that ultimately inflates costs for businesses that buy and consume aluminum. Since 97 percent of American jobs in the aluminum industry are downstream of production, these tariffs create far more losers than winners.

Asked about the decision last week, White House Press Secretary Jen Psaki said Trump’s “decision to lift the existing tariff on the UAE, under Section 230, at the last hour was made clearly, in our view, on the basis of foreign policy issues unrelated to trade.” She also said Biden’s decision is part of the president’s efforts to fulfill his “commitment to carefully evaluating all steps taken by the previous administration on trade.”

It is notable that Psaki didn’t even attempt to reach for anything resembling a “national security” justification for the tariffs. Because there is none.

Trump’s decision to remove those barriers was motivated by non-trade issues. Specifically, he lifted the tariffs immediately after the UAE agreed to purchase dozens of military jets and drones from American military contractors. Most of Trump’s trade maneuvers were about broader political issues that Trump believed could be resolved by using tariffs to gain leverage—something he openly declared on several occasions.

But that hardly justifies reimposing these taxes that American businesses will have to pay. If Trump did the right thing for the wrong reasons, Biden is doing the wrong thing for no reason at all.

Taken along with Biden’s misguided “Buy American” policies, the decision to reimpose these aluminum tariffs on the UAE, the third-largest supplier of aluminum into the United States, suggests that Biden is interested in building on Trump’s inflated executive powers over trade.

Trump didn’t invent the “national security” rationale for slapping tariffs on the peaceful exchange of goods across national borders, but he did use the power granted to presidents by Section 232 of the Trade Expansion Act of 1962 more aggressively than any previous chief executive. Trump was clearly abusing the law’s intended purpose, but Congress declined to limit the scope of the law—even though there are several ways that could be done.