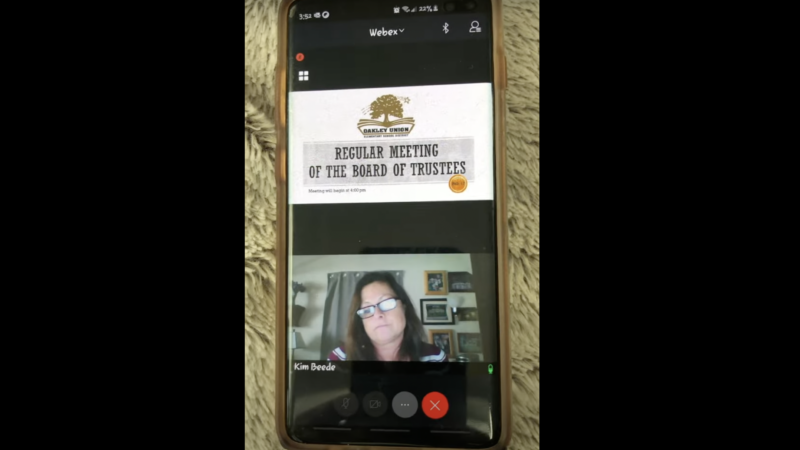 A northern California school board discussed ways to limit the public’s ability to speak at meetings and mocked parents who desperately want schools to reopen.

“They want their babysitters back,” Lisa Brizendine, a trustee of Oakley Union Elementary School District, told her colleagues during a pre-meeting session that they believed was not open to the public.

School board member Kim Beede mentioned a negative interaction with some frustrated parents? a frustrated parent, then described her own mindset: “Bitch, if you are going to call me out, I am going to fuck you up.”

Another member of the board theorized that parents want their kids to go back to school so they can spend the day getting high.

The board also discussed whether it would be possible to change the public comment portion of their meetings so that members of the public would be cut off automatically after three minutes of speaking time.

Roughly eight minutes of footage were recorded before the board members realized that they were not alone:

The board did not respond to a local reporter’s request for comment. School Superintendent Gregory Hetrick released a public apology.

“I know that our students deserve better from us,” said Hetrick. “I pledge to work collaboratively with stakeholders and community members to begin doing the important work that is needed to rebuild community trust in our district.”

But Hetrick did not make the offensive comments. The school board members did. Parents have started a petition calling on them to resign.

These are difficult times, and I’m sure it’s frustrating to deal with irate parents. But that’s the board of education’s job. Its members are supposed to be accountable to families, whose tax dollars fund the school system. And parents have every right to call for public school teachers—whose salaries are paid via funds that are forcibly extracted from citizens whether or not these citizens plan to make use of the services—to get back to the work of watching their kids.

Teachers are, in fact, babysitters. They obviously do more than that, but day care is a fairly critical element of their jobs. As Brown University’s Emily Oster recently told Reason:

School is serving two roles. It is a child care solution and it is teaching people to learn. At the beginning, it was like: “What do you mean? School is not child care! I’m not a babysitter!”

First of all, I found that a little disrespectful to people. What’s wrong with having part of your job be child care? That’s a totally reasonable job.

But the other thing is it’s not really fair to say to parents: “Can’t you take care of your own kid?” You told me I have to put my kid in school eight hours a day! That is literally a law; it is a law that my kid has to be in school. And now you’re telling me that the expectation should also be that I am free for all of that time, even though I’m legally required to not have my kid here. So it’s odd that we’ve set up this whole system in which people are required to go to school and then we’re going to be, like, “Well, school’s not your child care.” You told me it has to be!

Kids need to return to school, and the consensus among experts who have studied the data from schools that have reopened is that this can be done safely, with minimal risk. Education officials should be working toward making it a reality as soon as possible, not lashing out at parents who have come rely on a service they pay for.