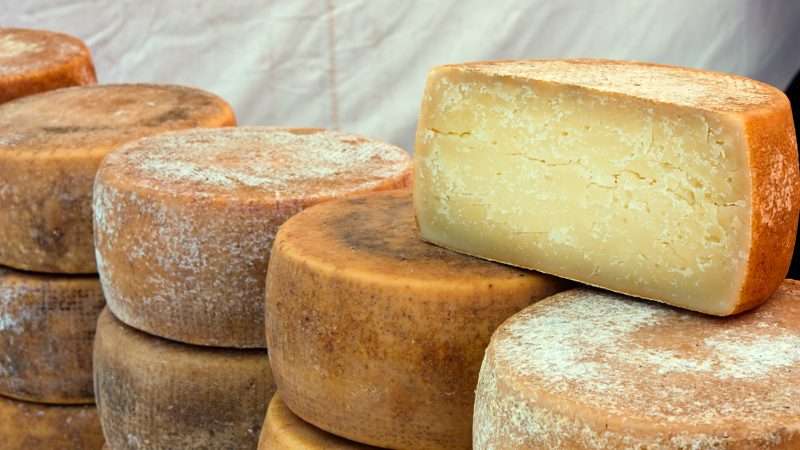 The groups, based in the U.S. and Europe, urged von der Leyen and Biden to immediately suspend the tariffs because of the economic damage they cause and “to help re-establish a cooperative Trans-Atlantic trading relationship.”

The joint call to lift the tariffs and renew that relationship is a subtweet-style reference to former President Donald Trump, whose antagonistic nature, nationalist bent, and love of tariffs (he dubbed himself “tariff man“) drew a wedge between traditional trading partners America and Europe.

The food tariffs in question arose after the World Trade Organization determined both that the U.S. had provided illegal subsidies to Boeing, the U.S.-based airplane manufacturer, and that the E.U. had provided similar illegal subsidies to Airbus, the E.U.-based airplane manufacturer that is Boeing’s chief competitor. As the (mostly) food-industry parties rightly note in their letter to Biden and von der Leyen, punishing the food industry and the hundreds of millions of consumers who rely on these businesses in the U.S. and E.U. is not only foolhardy, it’s “wholly unrelated” to the dispute over airplane subsidies.

The 72 signatories, made up of representatives from U.S.- and EU-based interests, include fruit and juice makers, bakers, wine and spirits makers, wheat growers, fisheries groups, frozen food makers, and groups representing farmers who grow, pack, and ship everything from sweet potatoes to soybeans, citrus to rice, and cranberry to blueberries.

What’s wrong with tariffs? As I explained in a 2018 column, tariffs “cost jobs; hurt domestic and foreign producers, consumers, and taxpayers; put the petty interests of government over those of the public, and are prone to spinning out of control.“

Those impacts aren’t hypothetical. When Trump’s trade war hurt American farmers, the president simply ordered the government to write checks to those farmers—”Trump money,” as it became known—in order to cushion the blow. While that stopgap measure may have been fine for some U.S. farmers, it didn’t help consumers (or taxpayers, for that matter) one bit.

In fact, food inflation—which many (me included) predicted would result from Trump’s misguided policies—is a growing problem. Data show domestic food prices rose gradually in the U.S. during the Trump administration, before ultimately doubling during the pandemic, which devastated domestic and international food supply chains. Notably, the percent growth in food prices in 2020, 3.9 percent, also outpaced inflation in other areas.

These high prices are a problem that isn’t going away on its own. In December, The Economist reported on still-surging food prices. And this week, Successful Farming reported that a key global food index hit its highest number in more than six years. Worse, reports elsewhere predict global food prices will continue to climb.

While not all of the aforementioned food-price increases may be traced to tariffs, they’re a key part of the problem. Getting rid of those tariffs, in turn, is an important way to help address the problem.

After Biden won the U.S. presidential election in November, I urged him to repeal all of Trump’s misguided food tariffs. Just weeks into his administration, Biden has an important choice to make. But it’s also an easy choice: He should help American farmers and food producers, consumers, and taxpayers by lifting all of the Trump administration’s food tariffs.