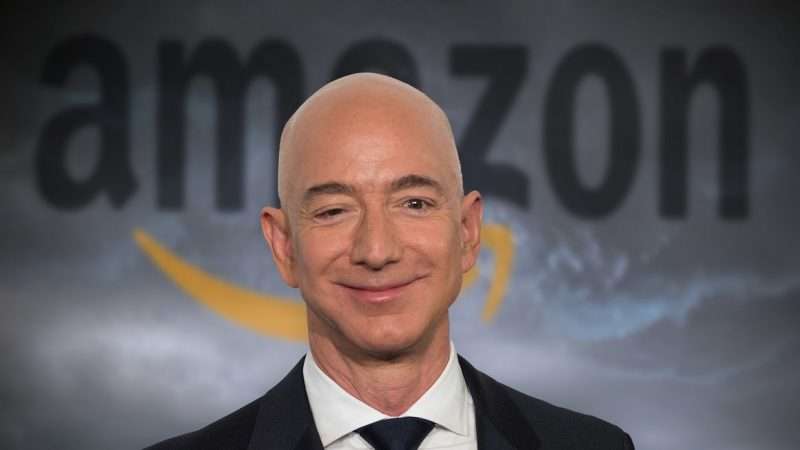 If there is a multi-billionaire club in Washington state, a large portion of the legislature is apparently looking to drive the wealthiest members of the club out of the state. The legislature calls this effort H.R. 1406. Everyone else calls it a wealth tax.

The preamble to the bill claims that Washington’s tax system is “the most upside down and regressive in the nation,” and that its “overreliance on low income and middle-income families…is simply not sustainable.”

To fix this, H.R. 1406 proposes a wealth tax based solely on the financial intangible assets of those very few Washington residents whose assets have a fair market value in excess of $1 billion–– fewer than 100 people. For the most part, this means taxing the fair market value of these residents’ stock and bond portfolios.

The sponsors of the legislation believe that “Washington’s status as an economic and social leader is threatened by growing wealth inequality and a tax structure that perpetuates it.” The taxing of the wealth of a very few residents would appear to be the sponsors’ solution to what they see as these inequities. Washington can be in favor of progressive or regressive taxes, but it should not be pretending that taxing the accumulated wealth of a few billionaires would make much of a difference in its self-described “upside down” tax system which currently includes no income tax or any other progressive taxes.

The Tax Foundation’s Jared Walczak, using Forbes data, estimates that of the Washington residents who would be subject to the wealth tax, four people would provide about 97 percent of the tax revenues: Jeff Bezos, Bill Gates, Steve Ballmer, and Mackenzie Scott (Bezos’ ex-wife).

The specific individuals who would pay nearly all of the wealth tax revenues are directly and indirectly responsible for creating millions of jobs in the state and across the country. They have contributed billions of dollars to charity. Why would the state choose to punish these folks?

While the sponsors of the bill express concerns regarding the sustainability of the existing state tax code, a wealth tax where virtually 100 percent of the revenue will come from four individuals who could exit the state at any time and therefore no longer be subject to the wealth tax is not a sustainable or reliable method of funding state programs. (Besides this, the death of a single taxpayer could be catastrophic to the expected stream of wealth tax revenues. One of Washington’s richest residents, Paul Allen, passed away in 2008 at age 65.)

Notably, the sponsors chose only to tax intangible financial assets. If Washington is choosing to tax wealth, deciding not to tax other forms of wealth such as artwork, patents, or “private nongovernmental athletic or sports franchises” seems to unfairly target only the assets of job creators. This needs serious explanation from the sponsors.

The tax is projected to bring in about $2.5 billion a year, though the fiscal analysis admits “this revenue estimate assumes that no taxpayers move out of state or take other actions to reduce their liability under the tax.” Tax revenues are hard enough to predict during the pandemic, and the overreliance of this tax on a few billionaires who could flee the state would put Washington at risk of dramatic budget shortfalls.

Bezos, for example, would represent just under half of Washington’s estimated wealth tax revenues. As a result, if Bezos left Washington or died, half of the tax’s projected revenue would disappear. There is basically zero chance of his lost revenue being replaced by a new resident moving into the state. Further, if there was a decline in the price of Amazon stock to its lowest price in the last year, that would reduce estimated wealth tax revenues by about 37 percent.

Amazon has never paid a penny in dividends. The company has reinvested 100 percent of its after-tax profits to date in building a bigger and bigger company. Amazon employs some 800,000 employees in the United States and arguably has been the most important cog in our economic wheel during the pandemic. Many of those jobs would never have been created if Bezos had needed Amazon to pay dividends over the years so he could pay his personal wealth tax. In fact, Amazon might not have been prepared to assume the role of America’s retailer during the pandemic.

Though the proposed legislation has classic language about prohibiting an individual from doing transactions to avoid the tax, the state is not realistically going to be able to stop billionaires from investing in real estate rather than stocks and bonds. Gates, for one, is already the largest owner of private farmland in the country. The state will not be able to stop him from converting financial assets into more farmland and borrowing to do so. Investing $15 billion and borrowing $10 billion to purchase more farmland would result in Gates’ wealth tax being reduced by $250 million annually. In that scenario, the state would lose 10 percent of its expected wealth tax revenues.

State Rep. Noel Frame (D–Seattle) hand-waved concerns like these away, saying, “The idea that they will just pick up and leave is a cynical view and it’s not supported by evidence,” as if Bezos doesn’t already own a 27,000-square-foot mansion in Washington, D.C. Bezos can live anywhere.

With these risks, the wealth tax could not possibly be seen as good policy.

The legislature can choose to take 1 percent of the value of the intangible assets of its richest citizens, but those residents can leave the state. Then, of course, legislators could change the rules and tax more wealth by lowering the exemption. The new spending funded by the proposed tax revenues may never be repealed. Someone will need to pay when the legislature hikes taxes the next time, but the billionaires will all be gone.