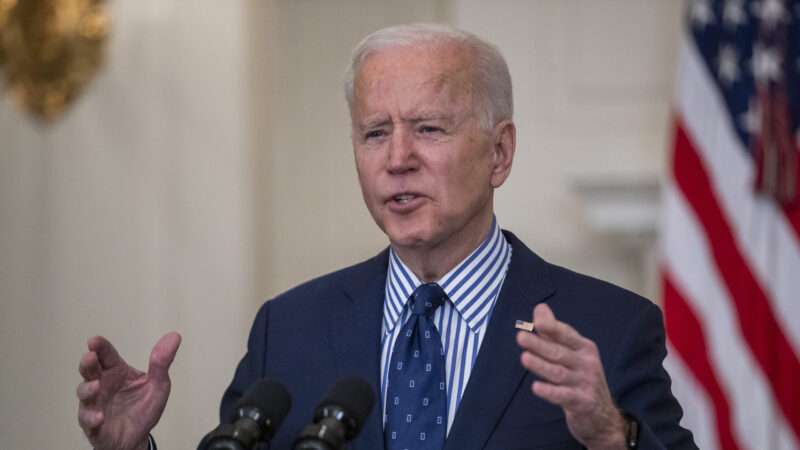 The U.S. Supreme Court will hear oral arguments later this term in a case that pits free speech advocates against public school officials who seek to punish students for certain off-campus social media posts. Last week, the Biden Justice Department entered the fray with an amicus brief that opposes the free speech side.

The case is Mahanoy Area School District v. B.L. In 2017, a high school freshman and junior varsity cheerleading team member took to the social media site Snapchat in order to complain about her failure to make the varsity cheerleading squad. The student—known by the initials B.L. in court filings because she is a minor—posted a picture of herself and one of her friends with their middle fingers raised accompanied by the text “fuck school fuck softball fuck cheer fuck everything.” She was suspended from the team as a result of that post.

B.L. and her parents, represented by the American Civil Liberties Union of Pennsylvania, are now battling the school in court. They argue that the First Amendment flatly prevents school officials from punishing students for such entirely off-campus speech. “In a weekend comment in an evanescent Snapchat message,” B.L.’s legal team argued in a court filing, “B.L. swore in expressing her disappointment at not making the varsity team to her friends. The notion that a school can discipline a student for that kind of spontaneous, non-threatening, non-harassing expression is contrary to our First Amendment tradition, and finds no support in [the Supreme Court's] student speech cases.”

In Tinker v. Des Moines Independent Community School District (1968), the Supreme Court forbade public school officials from punishing students for exercising their First Amendment rights on school grounds unless the speech at issue “would materially and substantially interfere with the requirements of appropriate discipline and in the operation of the school.”

In 2020, the U.S. Court of Appeals for the 3rd Circuit invoked that precedent while ruling in B.L.’s favor. “Tinker does not apply to off-campus speech—that is, speech that is outside school-owned, -operated, or -supervised channels and that is not reasonably interpreted as bearing the school’s imprimatur,” the appeals court held.

The Biden Justice Department is now asking the Supreme Court to undo B.L.’s sweeping First Amendment victory at the 3rd Circuit. “The court of appeals incorrectly held that off-campus student speech is categorically immune from discipline by public-school officials,” the government argued in a friend of the court brief filed in support of the Mahanoy Area School District.

According to the Biden Justice Department, while some off-campus speech deserves constitutional protection, the 3rd Circuit went too far, unfairly hamstringing school officials, who, the government maintained, require significant leeway when it comes to regulating and punishing student speech. “When the student’s off-campus speech targets an extracurricular athletic program in which the student participates,” the brief argued, “such speech might properly be regarded as school speech that is potentially subject to discipline by school officials if, for instance, it intentionally targets a feature that is essential to or inherent in the athletic program itself.”

Oral arguments in Mahanoy Area School District v. B.L. have not yet been scheduled.