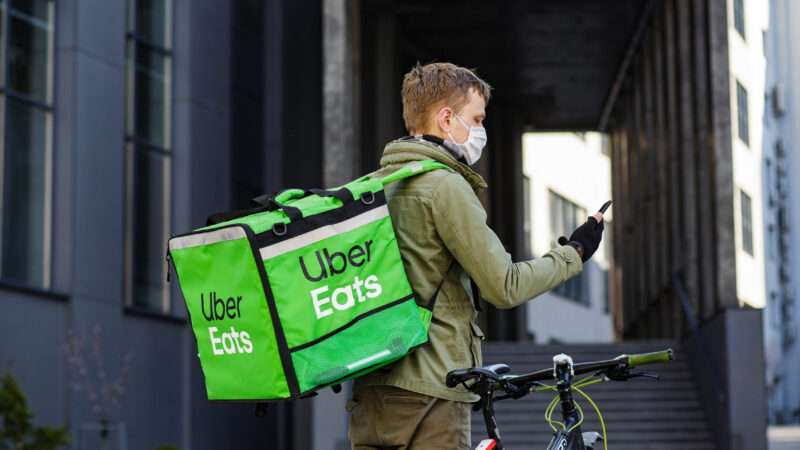 Uber drivers, Etsy sellers, and others who earn income through the gig economy could get a nasty surprise from the $1.9 trillion emergency spending bill signed by President Joe Biden on Thursday.

Buried inside the 600-page bill that’s ostensibly meant to provide pandemic relief is a provision requiring gig economy platforms to report information to the IRS about all users who earn at least $600 in a year. Previously, platforms were only required to provide the IRS with information on users who made at least 200 transactions or earned at least $2,000.

The tightening of the reporting requirements means a lot more paperwork and tax compliance requirements for platforms. It also means more tax headaches for anyone who might use those platforms to earn a little extra cash. Anyone earning a sizable income via rental properties on Airbnb was already covered by the old rules, meaning this change will only affect low earners. Now, even the sale of a single expensive piece of old furniture on eBay or running deliveries for Uber Eats in your spare time might trigger the new reporting requirements.

Tightening the reporting requirements is being sold as a way to crack down on tax cheating. Politico reports that House Democrats believe the change will generate about $8.4 billion over 10 years—but that’s a drop in the bucket compared to the $1.9 trillion bill.

There’s reason to doubt that even those paltry revenue figures will become reality. Nina Olson, a former head of the IRS taxpayer advocacy office, told Roll Call that gig workers earning a few hundred bucks are unlikely to pay up no matter what.

The big difference is that now the IRS will have their personal information and can go after them.

“Workers who are under-reporting their income now will become guilty of nonpayment next year and subject to penalties and actions by the agency,” Olson told Roll Call, adding that an IRS collection action “can destroy a person’s life.”

Americans for Tax Reform, a conservative think tank that opposes tax increases, notes that the change to income reporting requirements for gig workers—whose income is reported on IRS form 1099-K—bears a striking resemblance to a widely loathed tax originally included in the Affordable Care Act when it was first passed in 2010. That provision, which required businesses to report all purchases of more than $600 to the IRS via the 1099 system, created huge headaches for small businesses and was repealed in bipartisan fashion just a year after Obamacare became law.

The new reporting requirements are likely to be just as big of a mess for gig economy platforms and the independent contractors who use them.

If all of this seems like it has virtually nothing to do with the COVID-19 pandemic, then it actually has a lot in common with the rest of the American Rescue Plan Act of 2021. From bailing out private pension plans to throwing money at states that don’t need the aid, Biden’s first major legislative initiative is a mishmash of Democratic policy priorities and excessive spending, with a dash of actual pandemic relief on the side—only about 5 percent of the bill’s $1.9 trillion price tag is earmarked for public health efforts.

Congress and Biden just agreed to spend $1.9 trillion the country doesn’t have, but don’t you dare forget to pay taxes on the few hundred bucks you made selling your old junk on eBay.