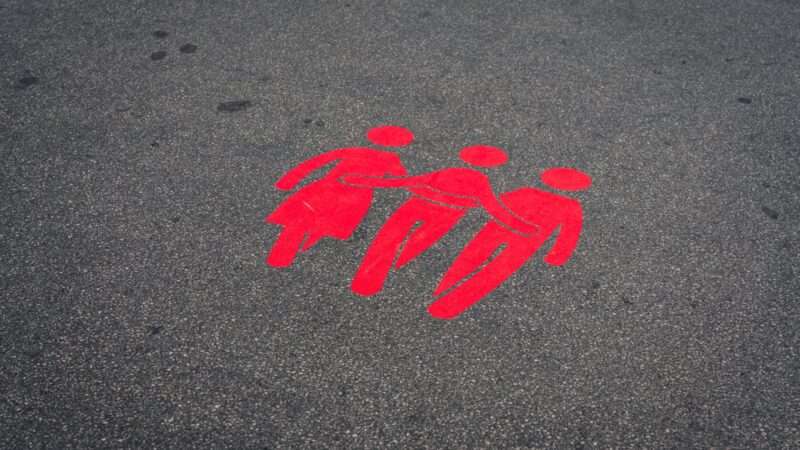 Cambridge legalizes polyamorous partnerships. The city of Cambridge, Massachusetts, will become the second municipality in the country to legalize domestic partnerships between three or more people. On Monday, Cambridge City Council approved an ordinance amending the city’s existing statute to stipulate that a domestic partnership needn’t only include two partners.

The new language removes the requirement that all individuals in a domestic partnership must reside together. It also does away with a section declaring that domestic partners must submit to the city various pieces of evidence proving their familial relationship.

“The ordinance was developed with detailed input from the newly formed Polyamory Legal Advocacy Coalition (PLAC), and is the first of what advocates hope will be a wave of legal recognition for polyamorous families and relationships in 2021,” said PLAC—a coalition comprised of the Chosen Family Law Center, the Harvard Law School LGBTQ+ Advocacy Clinic, and members of the American Psychological Association’s Committee on Consensual Non-Monogamy—in a statement.

The group pushes for legal recognition for polyamorous partnerships and other types of “non-nuclear families.”

“Non-nuclear families—such as single parents supported by relatives, step-families, open adoption families, multi-generational families, multi-parent families, and polyamorous families—have changed the landscape of American society, and yet, many of these diverse family structures are not protected or recognized by the law,” Alexander Chen of the Harvard Law School LGBTQ+ Advocacy Clinic said in a statement.

“The lack of legal protection makes non-nuclear families especially vulnerable to stigma and discrimination in employment, health care, housing, and social life,” notes Diana Adams, executive director of the Chosen Family Law Center. “I have represented hundreds of clients who have been discriminated against because they’re polyamorous, whether that meant being unable to visit their life partner in the hospital, losing child custody in court battles, or losing their job. Legal recognition of these families reduces social stigma and provides families with the stability we all deserve.”

Cambridge follows in the footsteps of Somerville, Massachusetts, which last year legalized domestic partnerships between three or four people. But the Somerville statute contained “provisions that made it difficult to be utilized in practice,” according to Adams. “Cambridge’s ordinance is based on a model ordinance drafted by our legal expert team at PLAC, and may have much greater practical impact,” they say.

An Iowa reporter is on trial for covering a Black Lives Matter protest. The reporter, Andrea Sahouri, was one of 116 U.S. journalists arrested for covering protests against police brutality last year. NBC News has more:

The trial of journalist Andrea Sahouri began Monday with a police officer stating that he had no choice but to arrest her during last year’s racial justice protests in Des Moines, Iowa, because she didn’t leave the area after he deployed pepper spray.

Sahouri, a Des Moines Register public safety reporter, is one of 116 journalists arrested or detained while covering Black Lives Matter protests that erupted after the death of George Floyd, according to the U.S. Press Freedom Tracker, but she is the first to be taken to trial. She is charged with failure to disperse and interference with official acts, both misdemeanors.

“This is a case about a journalist arrested for doing her job,” defense attorney Nicholas Klinefeldt said during opening arguments.

A tale of two lockdown strategies:

California and Florida took vastly different approaches to COVID-19. Here’s how it turned out. https://t.co/ZT3rEOGwid pic.twitter.com/Z8KZuvoNsz

• Arkansas is attempting to ban almost all abortions, with a new measure signed into law by Gov. Asa Hutchinson on Tuesday. Similar bills in other states have been struck down as unconstitutional.

• Is it time to end daylight savings time?

“The call to end the antiquated practice of clock changing is gaining momentum throughout the nation,” Sen. Rubio said. pic.twitter.com/5aXZ98pvfF

• Alaska will start permitting any resident age 16 and older to get the COVID-19 vaccine.