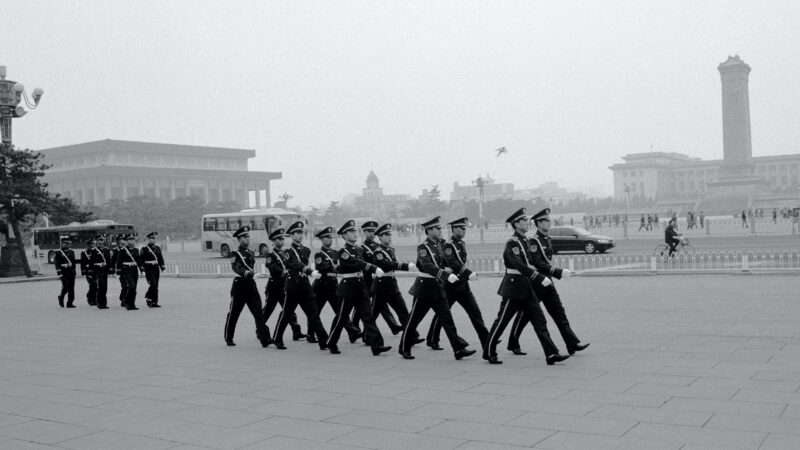 Not that it’s surprising after a year of lockdowns, travel restrictions, and emergency powers, but the world is becoming less free. A new report says that pandemic-era authoritarianism is an acceleration of a pre-existing trend rather than a new phenomenon. For years, liberal democracy has been losing ground, not just in the way governments treat their subjects, but also in the favor of the public at large.

“As a lethal pandemic, economic and physical insecurity, and violent conflict ravaged the world in 2020, democracy’s defenders sustained heavy new losses in their struggle against authoritarian foes, shifting the international balance in favor of tyranny,” Freedom House, an 80-year old watchdog group, announced in a report published this week. “These withering blows marked the 15th consecutive year of decline in global freedom. The countries experiencing deterioration outnumbered those with improvements by the largest margin recorded since the negative trend began in 2006.”

Based on an assessment of 25 political rights and civil liberties including political pluralism, freedom of expression, and personal autonomy, Freedom House’s report finds dwindling numbers of countries qualifying as “Free,” stagnation in the numbers of those rated “Partly Free,” and an increase in those assessed as “Not Free.”

While struggling democracies and overtly authoritarian states take the worst hits in the rankings, established democracies do poorly, too. “Over the past 10 years, the United States’ aggregate Freedom in the World score has declined by 11 points, placing it among the 25 countries that have suffered the largest declines in this period.” The chaos of the Trump years plays a big role and is emphasized in the report, but America’s shift toward authoritarianism began before the last president took office.

Freedom House isn’t the only organization to see freedom eroding internationally. While less dramatic, the Human Freedom Index 2020, co-published in December by the Cato Institute and Canada’s Fraser Institute, also reports that “the level of global freedom has decreased slightly” since 2008 based on data through 2018. We’ll have to wait to see how pandemic-era actions affect the findings.

Even more troubling is that governments aren’t necessarily swimming against public opinion when they become authoritarian—they’re doing so as their populations lose faith in democratic government.

In the United States, only 16 percent of Americans say democracy is working “extremely/very well” according to a February AP/NORC poll. About 45 percent say it’s working “not too/not well at all.”

The United States isn’t alone in the erosion of faith in liberal democratic systems.

“Dissatisfaction with democratic politics among citizens of developed countries has increased from a third to half of all individuals over the last quarter of a century, according to the largest dataset ever created on global attitudes to democracy,” Cambridge University researchers reported last year. “In fact, researchers found that across the planet – from Europe to Africa, as well as Asia, Australasia, both Americas and the Middle East – the share of individuals who say they are ‘dissatisfied’ with democracy has jumped significantly since the mid-1990s: from 47.9% to 57.5%.”

Since then, panic fueled by COVID-19 has handed both nominally liberal and overtly authoritarian governments an excuse to tighten the screws on the people under their power.

“Freedom of personal expression, which has experienced the largest declines of any democracy indicator since 2012, was further restrained during the health crisis,” observes Freedom House’s Freedom in the World 2021. “Governments around the world also deployed intrusive surveillance tools that were often of dubious value to public health and featured few safeguards against abuse.”

Freedom House expects that “official responses to COVID-19 have laid the groundwork for government excesses that could affect democracy for years to come.” The report likens the likely legacy of the pandemic to the aftermath of the 9/11 terrorist attacks and the resulting erosion of due process and rise of the surveillance state around the world.

That can only inspire further dissatisfaction with democracy even where it’s long-established. If you’re already disillusioned with your political system and it’s delivering oppressive results anyway, why not look for something different? Authoritarian regimes are certainly eager to exploit the opportunity.

“The enemies of freedom have pushed the false narrative that democracy is in decline because it is incapable of addressing people’s needs,” warns Freedom House. “Those claiming the inferiority of democracy now go beyond countries such as China and Russia to include ‘antidemocratic actors within democratic states who see an opportunity to consolidate power,’ such as in Poland, Hungary and Turkey.”

Recent events have only expanded the opening for authoritarians. After the January 6 Capitol riot by supporters of former President Donald Trump, Maria Zakharova, spokeswoman for Russia’s Foreign Ministry, sniffed that “the electoral system in the United States is archaic.”

“What we saw in the United States last night showed annihilation of Western democracy in the world,” gloated Iran’s President Hassan Rouhani.

“Annihilation” is a wild exaggeration, but confidence in liberal democratic institutions is certainly shaky.

“[I]s democracy itself as vulnerable as the buildings that were breached in Budapest, Berlin and now, Washington DC?” Germany’s state-owned Deutsche Welle asked experts in January. They answered with a broad “yes.” As an indication that they might be overlooking what makes liberal democracy valuable, one of them recommended enhanced Internet surveillance as a countermeasure.

“Authoritarianism and nationalism are on the rise around the world,” U.S. Secretary of State Antony Blinken acknowledged this week in comments that cited Freedom House. “Governments are becoming less transparent and have lost the trust of the people. Elections are increasingly flashpoints for violence.  Corruption is growing.  And the pandemic has accelerated many of these trends.”

But Blinken spoke as an official in the cabinet of President Joe Biden, who started out with a record flurry of executive actions bypassing Congress. And Biden just accused states lifting pandemic restrictions of engaging in “neanderthal thinking.”

We can’t battle authoritarian systems by emulating their autocracy and their disrespect for personal freedom. Democracies are going to have to do better at exercising their core liberal values to prove their worth and win back support.