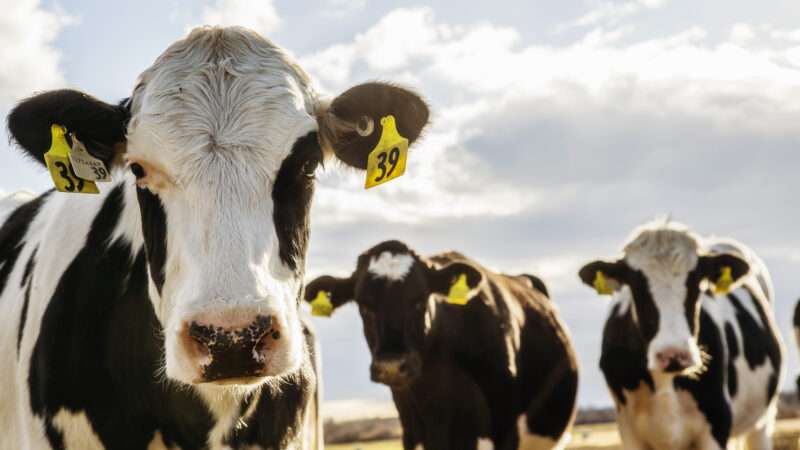 Planning the event is a big deal for Connor, played by Alan Ruck of the 1986 film Ferris Beuller’s Day Off, because it may be the first time in his life that he’s really done anything at all. After a casual conversation with his ailing father about his usurper brother’s plans for a hostile takeover, a look of sheer terror overtakes Connor’s face when he first hears and then sees his stepmother fail in her attempt to spread a pat of butter onto a flaky, crumbling dinner roll. Aghast, Connor rushes away.

The fictional scene is hilarious in no small part because it plays on the sometimes-bizarre predilections of the super-rich. Yet today, a whole nation is gripped by almost this very same problem: Canada’s butter, it seems, is too hard.

Even at room temperature, some Canadians claim, their butter now won’t soften and spread. And, like a nation of Connor Roys, Canadians are waving their hands and dropping F-bombs as they attempt to get to the bottom of the problem, which they’ve dubbed “Buttergate.”

The first to point out the problem was Sylvain Charlebois, senior director of Dalhousie University’s Agri-Food Analytics Lab, who tweeted about hard butter in December. Then, last month, popular Canadian food author and columnist Julie Van Rosendaal also suggested something is amiss with Canada’s butter. She speculated the country’s now unspreadably hard butter could be the result of tariff changes or changed farming practices.

Since those initial tweets, Van Rosendaal—and many Canadians—have pointed a finger at palm oil supplements, which some farmers in Canada use to augment the diets of their dairy cows. To date, there’s no proof that blaming palm oil tells the whole story.

Some Canadians are even pushing back on the very premise that there is a problem. They argue that the country’s butter is no harder nor less spreadable than it has been historically. Others are questioning why palm oil—the mass production of which, as I point out in my book Biting the Hands that Feed Us, is tied to deforestation and habitat loss for many critically endangered species, including Sumatran tigers—is even used to feed dairy cows.

Though most reports suggest Buttergate may stem from farmers’ use of palm oil as feed, an interesting new report this week suggests “regulations and restrictions on the industry may be partly to blame” for the hard butter.

Just like similar requirements in the United States, Canada’s food regulations require that butter produced or sold in the country must contain at least 80% milkfat. These sorts of rules, generally known as standards of identity, establish ingredient lists or recipes producers must follow if they want to use a term such as “butter” that has been defined under the law, codified into regulations, or both. Standards of identity also typically differ from dictionary definitions of the same food.

(I’ve long argued the United States should abolish all food standards of identity because they don’t benefit consumers but instead serve to protect the incumbent businesses that help establish the standards by erecting regulatory barriers to cripple innovative entrepreneurs and those who embrace more traditional methods.)

So are regulations to blame for Buttergate? What about the use of palm oil? Or, given it’s the 2020s, might Buttergate be the result of a vast conspiracy carried out by legions of Succession fans working in Canada’s dairy industry?

With the Canadian border still closed due to the pandemic, I spoke this week with Cherylynn Bos, owner and operator of Rock Ridge Dairy Farms, located between Edmonton and Calgary. She says any number of factors—including regulations—could be to blame. (Bos’s dairy is organically certified and does not use palm oil in its feed.)

Bos says anything from seasonal changes in dairy feeding practices to butter churning processes and temperatures could be to blame. Still, Bos isn’t certain Buttergate is all it’s cracked up to be.

“There’s a million factors that affect butter softness. If you look at the records, even in the 1950s that was a concern. It’s not a new concept. I feel like someone was trying to stir things up,” she says.

Glenford Jameson, a leading Canadian food lawyer, also told me this week that myriad issues may factor into Buttergate—including those Bos identified. Jameson also notes that Canada has strict dairy supply management rules and practices in place, and urges general faith in the country’s dairy regulators. But he also notes that growing demand for organic butter and grassfed butter in recent years has diverted increasing amounts of milk from the country’s traditional central processing and into those specialty streams. That may have had a ripple effect.

“I always thought that the palm oil angle was more a distraction and not the real cause,” food science Prof. Keith Warriner of the University of Guelph, in Ontario, told me this week. “My theory is that we can relate the hardness to people just noticing more as we all became home-bakers.”

Indeed, sky-high demand for butter during the pandemic—everyone’s cooking and baking and eating at home—seemingly means producers who want to keep up with demand either must make more butter, or make it faster, or both.

Warriner also says it’s reasonable to presume regulations could be partly to blame for Buttergate. But his colleague—who Warriner identifies as a fat chemist (while playfully noting he’s using the term to refer to the colleague’s expertise, not his appearance)—disagrees.

“Regulations are definitely not to blame” for Buttergate, University of Guelph food science professor Alejandro Marangoni told me by email this week. He says he’s certain, based on significant existing research, that palm oil supplements lead to harder butter.

“I think the issue is that the consumers did not expect this to be happening to their dairy products, but there is nothing inherently wrong with it,” Marangoni says.

There may be nothing wrong, but Canada’s leading dairy group is clearly concerned. Last month, Dairy Farmers of Canada, a trade group, urged producers to temporarily halt their use of palm oil supplements.

While the cause or causes of Buttergate likely include the use of palm oil in feed and may include other factors, one thing is for certain. If a Canadian dairy figured out a way to produce a more-spreadable butter that falls short of Canada’s legal requirements that butter contain at least 80 percent fat, then that dairy could not label that butter as “butter.”

Whether or not regulations are to blame for contributing to Canada’s so-called Buttergate, this much is true: Even if regulations didn’t make Canada’s butter harder, they may make it harder to make it softer.