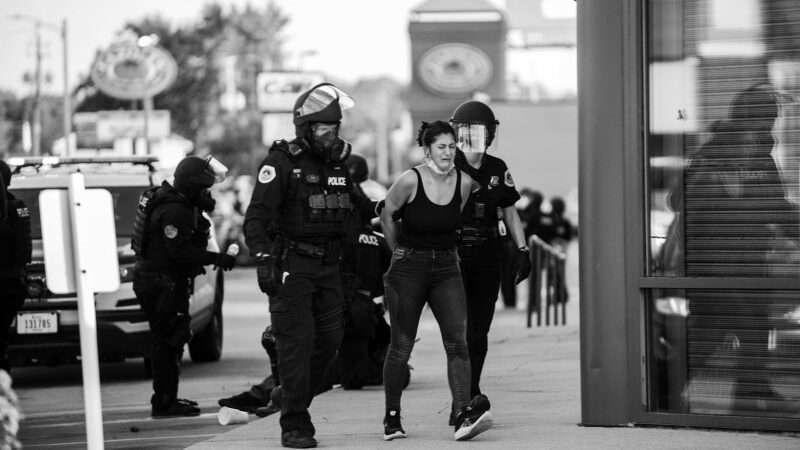 Sahouri was pepper-sprayed and arrested by Des Moines police while covering protests over the police killing of George Floyd last May. Prosecutors and police claimed that Sahouri and her boyfriend ignored orders to disperse and interfered with an arrest, two misdemeanor offenses.

According to the U.S. Press Freedom Tracker, 128 journalists were arrested or detained in the U.S. last year during the months of unrest that followed Floyd’s killing, but Sahouri was one of the only journalists whose charges weren’t dropped by prosecutors. The case drew national attention and outrage from press freedom groups, which called the Polk County District Attorney’s decision to prosecute Sahouri outrageous, excessive, and wasteful.

“The acquittal of journalist Andrea Sahouri in Iowa today is a welcome relief, but Polk County prosecutors never should have filed charges against her in the first place,” Committee to Protect Journalists program director Carlos Martinez de la Serna said in a press release. “Reporting is not a crime, and journalists should not be punished for doing their jobs and covering matters of public interest.”

The arresting officer, Luke Wilson, testified that he was clearing a street of an unruly mob and wasn’t aware that Sahouri was a reporter. Sahouri was not wearing a press badge. However, Sahouri and other journalists who were on the scene sharply disputed the police account of her arrest.

“I see an officer coming at me, so immediately I put up my hands and I say ‘I’m press’ because he was coming like, right at me, and I didn’t think it was a good idea to run from officers,” Sahouri testified during her trial. “He grabbed me, he pepper-sprayed me and as he was doing so said, ‘That’s not what I asked.’”

Register reporter Andrea Sahouri describes the moment she was arrested covering a racial justice protest this summer. See more from her trial at https://t.co/fgn8vFmfw9 pic.twitter.com/O1FrwvHnxj

Body camera footage could have cleared this up, but, after a judge ordered prosecutors to produce the video, it was revealed that Wilson did not save the footage of Sahouri’s arrest and did not report it to his supervising officer, as department rules required.

Last year, a federal judge in Portland ordered police to stop targeting reporters with less-than-lethal munitions and exempted journalists and legal observers from orders to disperse.

New York Attorney General Letitia James filed a lawsuit in January against New York City for what she says was unchecked excessive force and false arrests by NYPD against protesters, medics, and legal observers.

After her trial concluded today, Sahouri tweeted one word: “Acquitted.”