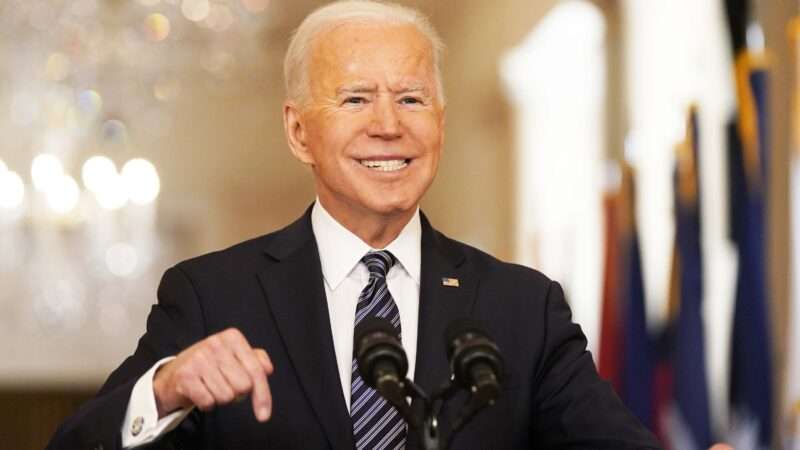 Two infectious disease specialists have told Fox News that the Centers for Disease Control and Prevention (CDC) is considering changing its school distancing guidance of just one month ago from six feet between each person inside a classroom to three. That simple adjustment, which would bring the United States in line with most of the rest of the industrialized world, could mean the difference between remote learning and in-person instruction for millions of American K-12 students.

UC San Francisco professor and medical researcher Monica Gandhi, who co-wrote with three other researchers a damning USA Today op-ed Tuesday accusing the CDC of misinterpreting their own work to maintain a six-foot rule that “no science supports,” told Fox Thursday that an unnamed CDCer on the school-reopening task force told her that a change in the agency’s social distancing recommendation could come “soon.” One of Gandhi’s co-authors corroborated that story. CDC spokesman Jason McDonald responded to the cable channel by saying, “I have nothing at the moment.”

The federal government does not dictate education policy; that’s up to state and local governments and school districts. But the CDC’s recommendations on school opening do influence key decision makers, particularly in large, Democratic-run cities and states, whose schools have been disproportionately closed regardless of COVID-19 prevalence. Reluctant districts and teachers unions in particular had stressed in the run-up to the February 12 guidance that they would base their policy preferences heavily on the new administration’s science.

This turned out to be a mixed bag at best. Though billed as a “reopening” document, the guidance, which was directly influenced by teachers unions, ended up (in the words of The Washington Post) “doing more to keep schools at least partially closed.” That’s primarily because of two recommendations: the six-foot rule, which if followed effectively requires class sizes to be so small they cannot logistically be open five days a week; plus a two-factor community spread threshold (past-week cases per 100,000 residents, plus positive test rate) that more than two-thirds of public schools cannot meet.

Teachers unions were understandably exultant about the guidance, since it allowed them to remain both rhetorically for yet practically against school reopening, while continuing to plump for President Joe Biden’s American Rescue Plan, which contains around $200 billion in no-strings-attached K-12 money, 80 percent of which is earmarked for personnel.

“Today, the CDC met fear of the pandemic with facts and evidence. For the first time since the start of this pandemic, we have a rigorous road map, based on science, that our members can use to fight for a safe reopening,” American Federation of Teachers president and frequent White House guest Randi Weingarten enthused after the guidelines were released. “The stage is now set for Congress and the Education Department to make this guidance real—and that means securing the funding to get this done in the nation’s school districts and meet the social, emotional and academic needs of kids.”

Happily for Weingarten, the CDC not only gifted unions the six-foot rule and community-spread proviso, which effectively combine to create a teacher-hiring formula, but officials also tied the recommendations explicitly to shoveling all those Biden bucks to school districts (on top of the $69 billion in extra funding that K-12 received from the feds in COVID relief bills last year).

“The American Rescue Plan has resources…to facilitate and help schools get there,” CDC Director Rochelle Walensky said during an excruciating February 14 interview with CNN’s Jake Tapper. “And that’s really why we wanted—we’re pushing…the Rescue Plan, so that we can facilitate getting our schools, all of those mitigation measures, so that they can open safely.”

Walensky indeed helped secure the money Weingarten sought when Biden signed his gargantuan relief bill into law Thursday. But she got something else as well: a whole hell of a lot of blowback.

Reopening advocates were quick to point out that Walensky herself, when she was chief of infectious diseases at Harvard University’s Massachusetts General Hospital, recommended to an inquiring mayor of Newton, Massachusetts, as recently as last July that, “I do think if people are masked it is quite safe and much more practical to be at 3 feet.” Heavily skeptical reporting about the guidelines appeared, not just in conservative and libertarian publications, but also places like NPR, New York magazine, and Stat. (“The two core pillars of the guidelines,” the latter argued, “aren’t supported by science….These two demands will keep schools closed much longer than necessary, harming kids.”)

New studies kept popping up, including a large one this week from Clinical Infectious Diseases, concluding that, “Lower physical distancing policies can be adopted in school settings with masking mandates without negatively impacting student or staff safety.” School districts in Democratic states like Massachusetts and Illinois have begun following the lead of open red states like Texas and Florida in officially disregarding the six-foot guidance.

Republican senators this week threatened to hold hearings on whether the CDC was unduly influenced by teachers unions. “Common sense tells you there are powerful teacher unions in parts of this country who are very important to the Democratic Party, key allies of Joe Biden, and they don’t want to open,” Sen. Marco Rubio (R–Fla.) told Fox News Wednesday. “And rather than have to line up against them, this is a scientific cover, a pseudo-scientific cover for them not to have to reopen.”

The backlash has not just been political. Parents of K-12 kids stuck in remote or hybrid learning have experienced up close the measurable educational and emotional backsliding, plus the ongoing negative hit on their own earnings (particularly among women; single mothers most of all). Though unions and their supporters have tried to play up public-opinion ambivalence about reopening, the fact remains that when given the opportunity to send their kids five days a week, two-thirds of families take it. A Gallup survey released this week found that “79% of parents of K-12 students in the U.S. favor in-person learning in their communities right now.”

The prospect of yet another academic year being subject to uncertainty is driving parents into the arms of homeschooling and (mostly open) private schools, the latter of which tend to secure their down payments for the fall in February and March. Having experienced an estimated 5 percent enrollment drop nationwide, public schools that adhere to the letter of CDC guidelines will find themselves increasingly abandoned by those who are able to leave.

So there are plenty of sensible reasons for the Biden administration to relax the strict distancing guidelines and come back into line with the World Health Organization and American Academy of Pediatrics, particularly if the president is serious about his (malleable) goal, reiterated last night, of “opening the majority of K-8 schools in my first 100 days in office.”

There’s a more cynical reason available as well: The most union-friendly president in generations got his $200 billion K-12 wish list. There’s no reason left to hold school reopening hostage. Now that the money is coming and all teachers can get vaccines, unions have run out of excuses. If sports stadiums are packed and Fourth of July celebrations back to normal, yet big-city school districts in September remain on a part-time schedule due to teachers unions following guidelines that few scientists will defend, there will be parental revolt.

So here’s hoping that for whatever motivation, the CDC soon corrects the mistake it made last month, and in fact goes further by scrapping the strict community spread rules as well. Schools are safe, they got the money, vaccines are spreading, hospitalizations and deaths are plummeting, spring is here. It’s time not only to open the damn schools full time, but to punish politically anyone standing athwart the schoolhouse doors yelling “Stop!”