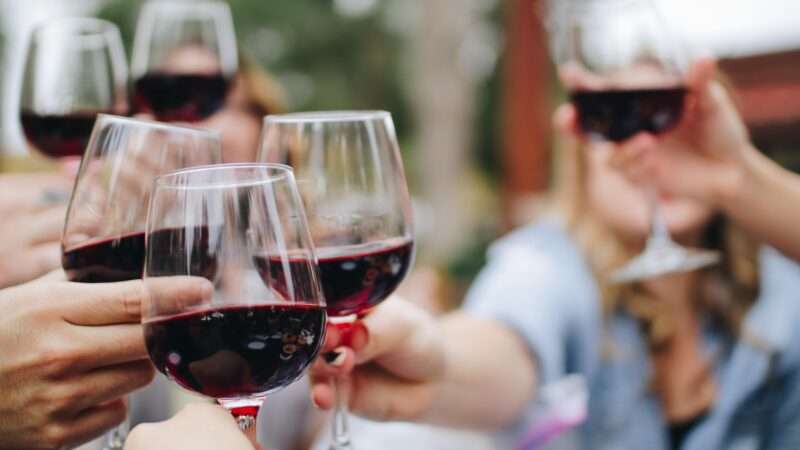 The COVID-19 pandemic has seemingly proven the merits of tearing down nonsensical laws limiting the direct shipment of alcohol, giving wineries more potential buyers and consumers more choices without having to leave home. But some state lawmakers are all too eager to put those barriers back in place.

Legislation making its way through both houses of the state legislature would ban wine shipments to Tennessee residents from “fulfillment houses,” or wine warehouses that act as wholesalers in the direct-to-consumer shipping market, buying from wineries and selling to consumers. Instead, consumers would only be allowed to order direct shipments of wine sent from wineries to home addresses.

Using fulfillment houses removes many logistical hurdles for wineries, giving them access to more consumers without having to set up their own in-house mailing operations, and consumers get access to a wider range of wineries via direct shipment than they otherwise would. It’s a win-win arrangement. Even before the pandemic, an estimated 60 percent of direct-to-consumer wine sales passed through a fulfillment house, according to Avalara, a sales tax consulting firm.

But some Tennessee lawmakers are trying to argue that fulfillment houses represent a public health threat. “We must protect the safety of Tennesseeans by ensuring that alcohol is sold in a safe manner,” state Sen. Page Walley (R–Bolivar), who introduced one of the two bills, told Wine Spectator. “I introduced this legislation because it puts the people of Tennessee first.”

But the bill seems to be more about taxes and protectionism than consumer safety.

On the tax front, Tennessee’s legislation is a response to a 2020 Kentucky law that opened up direct shipping of wine, beer, and spirits into that state. The law has been terrific for consumers in Kentucky, but the state has struggled to collect tax revenue because the new direct shipping law does not require carriers like FedEx and UPS to report how much alcohol they are delivering into the state. Instead, the state is relying entirely on data reported by registered out-of-state shippers—an arrangement that likely misses shipments from distributors that aren’t registered with the state.

“Tennessee looked at it and said ‘we need to prevent that from happening,’ when what they really should have done is said ‘we’re not going to be as dumb about it as Kentucky,’” Matt Dogali, president of the American Distilled Spirits Alliance, an industry group, tells Reason.

Meanwhile, the bills also represent an opportunity for Tennessee’s alcohol establishment to deal a blow against unwanted out-of-state competition.

Until the Supreme Court struck it down in 2019, Tennessee law forbade out-of-state wineries from shipping their products into the state. The state used to defend that protectionist racket using the same vapid claims about public health that Walley is now trotting out to justify his new proposal. In the majority opinion for Tennesse Wine and Spirits Retailers Association v. Russell, Supreme Court Justice Samuel Alito wrote that the ban on out-of-state shipping “blatantly favors the state’s residents and has little relationship to public health and safety.”

Now, by targeting out-of-state fulfillment houses, the state legislature is seeking to restore a part of those unconstitutional restrictions on selling wine to consumers in Tennessee. Many smaller out-of-state wineries probably can’t or won’t go through the difficulties of setting up their own shipping services, so the only way to distribute into Tennessee will be through the state-run alcohol system.

Unsurprisingly, the bills have the support of Tennessee-based alcohol wholesalers and retailers, according to Avalara. Passing the legislation would “significantly reduce the available options for Tennessee wine lovers,” the accounting firm notes.

Advocates for expansion of direct-to-consumer alcohol shipments, like the American Distilled Spirits Council, worry that Tennessee’s law could become the start of a new trend of protectionist legislation in state capitols.

“Rather than seeing the country evolve and grow up and have [direct-to-consumer] happen in a manner that makes the consumer happy and lets the state get its tax revenue,” says Dogali, “we’re going to see this crazy backlash.”