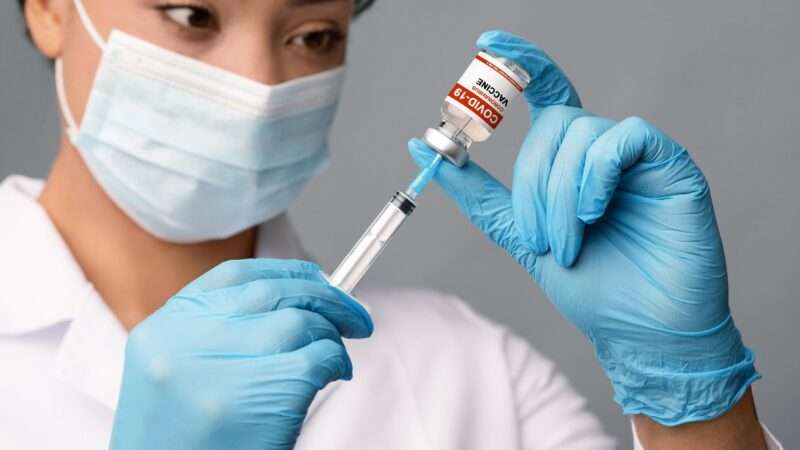 The Houston-area doctor who was unfairly fired—and threatened with prosecution—for refusing to let a vial of COVID-19 vaccine go to waste has finally been vindicated.

In January, Dr. Hasan Gokal briefly became national news when he was fired from his medical work with Harris County, Texas, and Kim Ogg, the county’s district attorney, publicly announced plans to charge him with theft. Ogg initially characterized Gokal as having stolen a vial of the Moderna vaccine in order to give injections to his wife and others.

But Ogg’s initial charges were thrown out by a judge after the facts became more clear: Gokal had in reality done the best he could to find people to inject before the doses expired after the conclusion of a vaccination event. His wife was the last person he injected, minutes before the final dose was set to expire. And Gokal says he had informed county health officials of what he was doing all along.

On Monday, the Houston Chronicle reported that the Texas Medical Board finally cleared the doctor of any wrongdoing:

The board said there was insufficient evidence to prove that Dr. Hasan Gokal had violated the Medical Practice Act. The board stated there was neither a patient waiting list nor established protocols for how to handle unused doses on Dec. 29, the day the former Harris County Public Health employee supervised a vaccination site in Humble.

“The investigation determined that Dr. Gokal appeared to have administered doses of the COVID-19 vaccine to patients that were properly consented, in the eligible category, and they were given doses that would have otherwise been wasted,” the board said.

Remarkably, Ogg’s office still hasn’t given up on the possibility of sending the case to a grand jury to try to get Gokal indicted, according to the Chronicle.

But Gokal is one of many who has run afoul of government bureaucrats who have decided that their own authority—and people following the rules they’ve set—is more important than competent management of a crisis. Gokal made the right choice when he prioritized getting shots in arms instead of allowing precious vaccine doses to be wasted.

So where does Gokal go to get his reputation back? A search of his name quickly brings up those headlines from January when he was accused of theft. That’s all on Ogg’s office for rushing to make an example out of him and on the Harris County health officials who abruptly fired him.