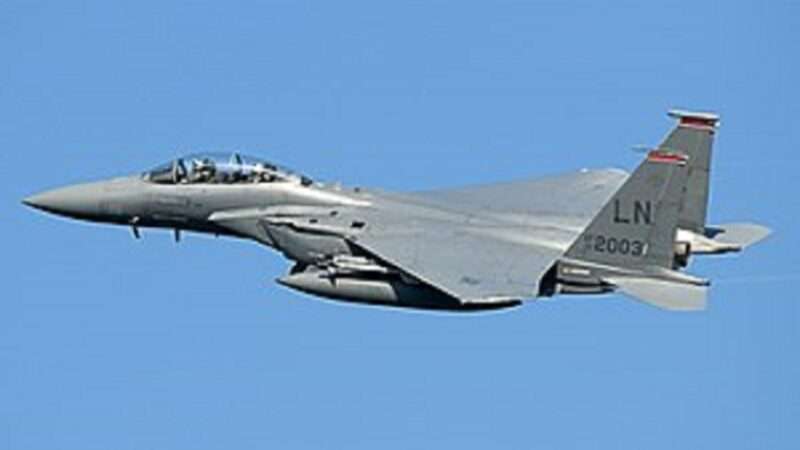 Last week, President Biden ordered an air strike on Iranian-supported militia groups in Syria. His actions understandably rekindled debates about the legality of US military activity in that country. Indeed, Donald Trump ordered very similar strikes in Syria (albeit targeting Assad regime facilities associated with chemical weapons) in both 2017 and 2018. Critics have argued that Biden’s air strikes —and Trump’s—were illegal because never specifically authorized by Congress. In my view, that isn’t true. But the overall legality of the US military presence in Syria is highly questionable at best, and does require congressional authorization. Obama, Trump, and now Biden all deserve blame for failing to secure it, or even seriously try to do so.

My position on the legality of Biden’s air strike is much the same as what I said about Trump’s Syria strikes in 2017 and 2018: large-scale attacks (like the one Barack Obama launched against Libya in 2011) require congressional authorization, but very small ones that don’t rise to the level of a “war” generally do not. The boundary between the two can be a fuzzy one. But both the Trump and Biden air strikes—due to their extremely limited scope and duration—are well short of the line.

The issue of whether Biden’s actions (like Trump’s before him) was a good idea is a more complicated question. The Trump strikes did little to deter Assad from committing horrific atrocities, though perhaps he has since done them largely with conventional weapons rather than chemical ones. Whether Biden’s deters Iran and its allies from continuing to attack US forces remains to be seen.

But even if the recent air strike is both, the overall US military presence is not. The still-ongoing US intervention against ISIS—the main original goal of our military presence in that country—is clearly large enough to qualify as a war, and thus requires congressional authorization, just like the Libya War did. But ever since that effort began under the Obama administration in 2014, successive presidents have alternately ignored the constitutional problem or offered specious rationales claiming that congressional authorization already existed (e.g.—under the 2001 AUMF targeting the perpetrators of the 9/11 attack, or the 2002 AUMF against Saddam Hussein’s regime in Iraq), even though it pretty obviously doesn’t. In addition to violating the Constitution, the Syria intervention also runs afoul of the 1973 War Powers Act, which requires the president to get congressional authorization for any deployment of military forces in “hostilities” abroad within 90 days of the start of the deployment. It is blatantly obvious that the US  intervention in Syria involves the kind of “hostilities” covered by the Act, and that the War Powers Act deadline passed a long time ago (back in 2014). I have been highly critical of this state of affairs from the beginning, and most of what I said about it back in 2014 and 2015 still applies today.

As I have repeatedly emphasized, the constitutional requirement of congressional authorization for large-scale offensive military action isn’t just a technicality:

It also helps ensure that we don’t initiate dubious conflicts at the behest of a single man, and that we maximize the chances of success if we do start a new war. If the president is required to get congressional authorization before starting a war, he is forced to build up a broad political consensus behind his decision, which in turn increases the likelihood that we will stay the course until victory is achieved, as opposed to bailing out as soon as difficulties arise. If such a consensus is absent, it is likely best to forego entering a conflict to begin with.

As James Madison put it, “[t]he constitution supposes, what the History of all Gove[rmen]ts demonstrates, that the Ex[ecutive] is the branch of power most interested in war, & most prone to it. It has accordingly with studied care, vested the question of war in the Legisl[ature].” Even Alexander Hamilton, the leading advocate of expansive presidential power among the Founders, wrote that only “the Legislature have a right to make war” and that “it is . . . the duty of the Executive to preserve Peace till war is declared.” In addition to the originalist case for the requirement of congressional authorization, there are also strong living-constitution considerations supporting it.

I am not as dovish as many libertarians, and I believe there was good reason to take military action against ISIS, and perhaps even also against the Assad regime and various Iranian proxies in Syria. But, for both legal and pragmatic reasons, it is important to ensure all large-scale military actions secure congressional intervention.

The new president has inherited this problem from his predecessors. But, like it or not, he now owns it, and has a duty to secure congressional authorization for any ongoing military action in the region. So far, however, both he and Congress have shown little interest in addressing this problem. In the case of Congress, that is a continuation of a long-standing pattern that has now lasted for almost seven years, since the Syria intervention began. I hope that changes. But, at this point, I am far from optimistic.

On the plus side, the Biden administration does deserve credit for ending US support for Saudi-led offensive military action in the ongoing Yemen war. While that effort probably did not violate the Constitution, it did run afoul of the War Powers Act. In addition, the Yemen War has been a horrific humanitarian catastrophe, one from which the US has derived little if any strategic gain—certainly none that can even begin to justify the awful effects of the conflict.