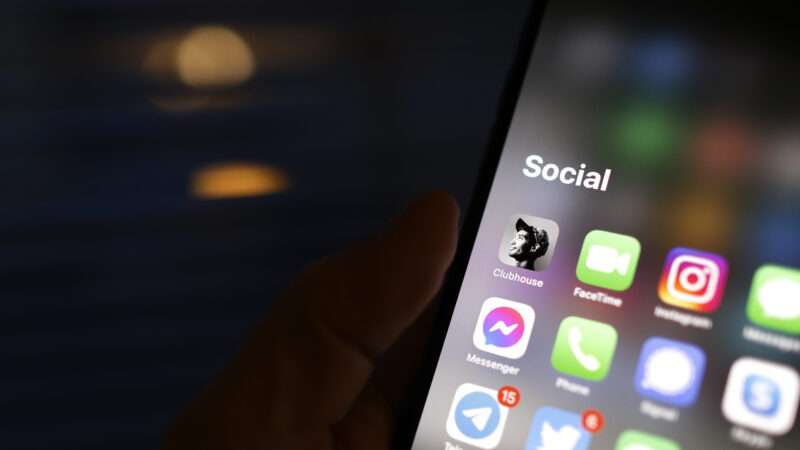 Unconstitutional social media proposals abound. Utah lawmakers have approved a bill to micromanage how social media companies moderate content and punish those whom the state determines to be doing it wrong. The legislation “clearly violates the 1st Amendment, the Commerce Clause, and is also pre-empted by Section 230,” points out Mike Masnick at Techdirt.

Some might chalk this up to politicians being clueless about the internet, or at least about the laws governing it. But no—it seems they’ve simply caught the bug infecting elected officials at the state and national levels, wherein bills are meant to send messages and act as press releases for their sponsors’ beliefs rather than actually be workable plans for governing.

Additionally, the bill allows Utah users who feel they have been treated unfairly to make a complaint to the Utah Division of Consumer Protection, which can refer the matter to the Utah attorney general. There’s also a mechanism for the attorney general to take civil action against the social media company that may result in a fine of up to $1,000 per consumer.

Utah legislators were warned by the state’s Office of Legislative Research and General Counsel about why the bill won’t fly. And during a debate about the bill, some Utah lawmakers—both Republican and Democrat—even addressed these concerns:

“Do public free speech requirements apply to your private property?” asked Rep. Ryan Wilcox, R-Ogden, rhetorically. “We choose voluntarily to participate on these platforms. When we do that, we don’t get to dictate the terms of our engagement on their property. We can’t pretend that it’s something else until it’s owned by the public.”

“What we are talking about here are large, private forums that are free to moderate themselves and to put up what they want to put up and censor and kick off those people they choose to,” added House Minority Leader Brian King, D-Salt Lake City. “If we pass this bill, the Utah taxpayers are going to pay large amounts of money to defend the constitutionality of this bill against a lot of large entities that have many resources.”

Still, the bill passed the Utah House at a vote of 39-35. It had already passed the Senate.

The move comes as Utah lawmakers also gave final approval to a bill saying phones must come pre-installed with anti-porn filters. During the debate about that bill, proponents admitted that they knew the bill had constitutional concerns and didn’t care.

Advocates are pushing both porn-filter bills and measures to dictate online content moderation policies in states across the country, and some lawmakers have been taking the bait. The latter have sprung up in states including Arizona, Florida, Kentucky, Oklahoma, and North Dakota, backed by Republicans riding the Trumpian trend of telling their bases that big tech companies are out to get conservatives.

The full bill is really, really bad. Websites would need to register (for a fee) with a “digital communications commission” in Colorado, and that Commission would accept complaints against social media websites if they were used for hate speech, undermining election integrity, disseminating intentional disinformation, conspiracy theories, or fake news. There’s a big problem with this: most of that is protected under the 1st Amendment….

As Eugene Volokh notes, beyond the fact that all of this is pretty clearly unconstitutional, the bill doesn’t even bother to define “hate speech.” Or “undermine election integrity.” Or “fake news.” Or “conspiracy theories.” Or “intentional disinformation.”

A.B. 5 ended up hitting thousands upon thousands of freelance jobs in the market, from writers to musicians to real estate agents to interpreters. Eventually, lawmakers had to go back and carve out a bunch of exceptions to the law. They kept the ride-sharing and delivery services, the target for the legislation, in the law. But the companies didn’t take it lying down and instead forced the measure to a vote via Proposition 22. California voters, despite their strong Democratic leanings, agreed that drivers should be permitted to remain independent contractors. Prop. 22 was passed.

Rather than learning a lesson here, Democrats and labor unions are instead trying to make the entire concept federal law with the Protecting the Right to Organize Act (PRO Act) of 2021.

•The New York Assembly has authorized an impeachment investigation into Gov. Andrew Cuomo.

• Following in the footsteps of North Dakota, Mississippi has also enacted a law that bans transgender female athletes from playing on girls’ sports teams.

• Washington state has found that sentencing kids to mandatory life imprisonment without parole is unconstitutional.

• “A divided federal appeals court on Wednesday ruled against anti-abortion protesters who have tried to discourage women from entering a reproductive health clinic in the New York City borough of Queens,” Reuters reports.