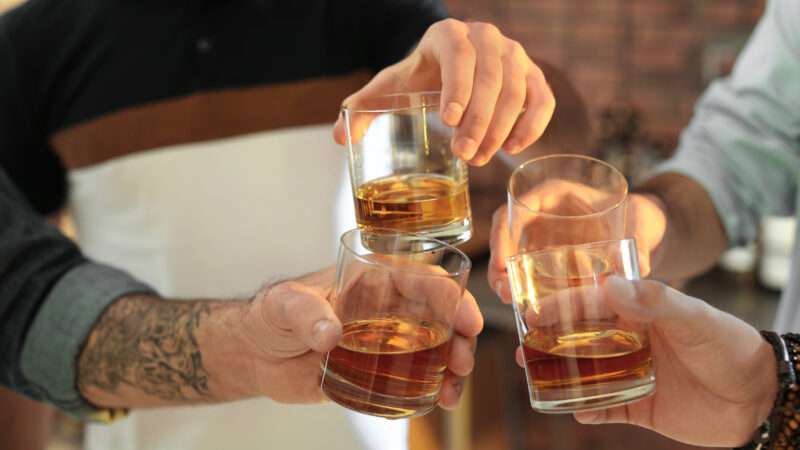 Go ahead and finish off that bottle of Laphroaig, because a temporary reprieve in tariffs on imported Scotch whisky likely means relief for American consumers beset by high booze prices.

Perhaps more importantly, the announcement on Thursday that the United States would suspend those tariffs demonstrates that the Biden administration is looking to de-escalate trade conflicts with American allies, even though it has signaled an unwillingness to roll back the Trump administration’s broad tariffs on steel, aluminum, and goods made in China. In a joint statement, the American and British governments said they would use the four-month suspension of tariffs as an opportunity “to ease the burden on industry and take a bold, joint step towards resolving” a long-running dispute over subsidies for airplane manufacturers.

That conflict dates back to the Bush administration, but it came to a head during the Trump years. In 2019 the Trump administration imposed a series of tariffs on European cultural goods, including Scotch whisky and French cheeses, in response to what the U.S. sees as unfair European Union subsidies for Airbus, a European airplane manufacturer.

But the United Kingdom is no longer part of the European Union. In January, the British government announced that it was lifting retaliatory tariffs on American goods imposed as part of the Airbus dispute. This week’s move by the Biden administration is a tit-for-tat de-escalation.

White House Press Secretary Jen Psaki said Thursday’s announcement was meant to “create space for a negotiated settlement to the Airbus and Boeing disputes,” but declined to comment on what the next steps might be.

The move is also a clear win for British Prime Minister Boris Johnson, who said in a statement that it “shows what the U.K. can do as an independent trading nation, striking deals that back our businesses and support free and fair trade.” The American tariffs had put a serious dent in Scotch whisky exports to the U.S., which had dropped 37 percent in 2020 according to data tracked by the Distilled Spirits Council of the United States (DISCUS), an industry group.

But while Scotch distillers and American drinkers might cheer the removal of U.S. tariffs, American whiskey will still be subject to 25 percent tariffs levied by the U.K. and E.U. governments. Those tariffs are not connected to the Airbus dispute but were imposed in response to the Trump administration’s tariffs on steel and aluminum, which remain in place.

American whiskey exports to the U.K. have fallen by 53 percent as a result of those tariffs, according to DISCUS’ data, costing distillers $79 million in sales since 2018.

In a statement, DISCUS urged the American and British governments to “build on this positive momentum by negotiating an agreement to simultaneously eliminate retaliatory tariffs on all distilled spirits, which will benefit hospitality businesses on both sides of the Atlantic that are struggling to recover and rebuild from the global pandemic.”

The clock is ticking. European and British tariffs on American whiskey will automatically rise from 25 percent to 50 percent in June unless an agreement is reached.

The tangled mess of booze tariffs on both sides of the Atlantic provides a useful demonstration of the damage that trade wars can cause. Distillers have been caught up in a series of costly trade conflicts that have little, if anything, to do with their businesses. Consumers in America should cheer for this latest development, but Biden has more work to do unwinding these counterproductive trade policies so the whisk(e)y can flow freely.