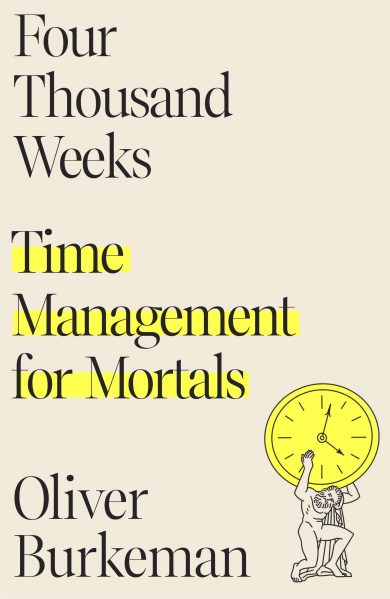 As should be obvious from my monthly book awards, I am a huge fan of the art of writing popular nonfiction. I believe it takes great skill to explain complex ideas to a mass audience with precision and accuracy, while also keeping it entertaining and engaging. My “

The Coddling of the American Mind” co-author Jonathan Haidt is a master at it, as are FIRE board members John McWhorter and Virginia Postrel and FIRE advisory council member Steven Pinker, as are professor Paul Bloom, and Will Storr (who both have books coming out in the next couple of months). Often the best popular nonfiction jumps around from stories from history, to thought experiments, to new or fascinating data, jumping from discipline to discipline to explore a topic from multiple novel points of view. A lot of my favorite popular nonfiction is characterized by rapid shifts in tone, content, description, and voice.

And by that standard, in some ways Oliver Burkeman’s “Four Thousand Weeks: Time Management for Mortals” seems like it’s doing everything wrong.

It feels like a lively and varied conversation with a very thoughtful friend who’s trying to figure out a problem with you. The writer is on the same journey as you, and with self-deprecating ease and humanity, you begin to feel both the joy and the anxiety of the process. The final result is a book that charms you into asking yourself some very hard questions about what to do with your limited time on Earth.

As should probably be expected of someone with a civil libertarian temperament, I found myself “fighting the hypothetical.” Since the book at times stresses the need to learn how to do nothing at all — how to relax and be still — I found a big part of my brain saying something that I’ve said to my children: “If you can come to enjoy study and work for its own sake, your life will feel easy.”

The importance of work I understood from a young age, but with studies, I’m ashamed to say, I undermined myself. I didn’t want people to know that I was a good student. I preferred to be the big dumb football player only coming out of the nerd closet to become captain of the quiz bowl team. I didn’t want people to know that I spent my favorite Sundays at the library on the microfilm machines, or that when I was skipping school (about once a week for a few years there), I was often watching PBS documentaries or reading books.

In college I at least started to care about my grades, but still generally put in the absolute minimum work possible to get A’s. I believed all those lies that try to get you to dismiss studying, like “you can always repeat a course but you can’t repeat a party.” I am deeply ashamed of not taking better advantage of my own education earlier. When I hear people bragging about how little work they did in college, yet getting good grades, I cringe. I am profoundly ashamed of having held those attitudes myself.

So to say “Four Thousand Weeks” is provocative would be an understatement. It’s better than that; it’s at once deadly serious and soothing.

But then I had some friends in town who reminded me to have a little fun, and the whole time I was thinking about Burkeman’s profound, lovely little book. And that’s when I realized that Oliver Burkeman had

tricked me into serious self-reflection about work, life and leisure. Scoundrelous!

So to say “Four Thousand Weeks” is provocative would be an understatement. It’s better than that; it’s at once deadly serious and soothing. It’s a quick read, and I listened to it on the audiobook — read by Burkeman himself — while walking around in the woods.

I also was pleased to discover that much of my existing philosophy on how to spend my time was not too far off from the one recommended in the book. If there’s one thing I agree with most in the book, it’s the importance of “cosmic insignificance therapy” — the wonderful relief of realizing how in the grand scheme of things you and everything you know are quite small and brief. One way or another we will all be off the hook eventually, if we aren’t already.

You’ll be happy to read it and it will rest in your mind like a pleasant chat with an old friend, whose greatest hope was for you both to make your lives a little richer.

Important note! Be sure to pre-order my colleague Bonnie Snyder’s forthcoming book “Undoctrinate: How Politicized Classrooms Harm Kids and Ruin Our Schools ― and What We Can Do About It,” which releases on September 14th. I didn’t think it was appropriate to give her excellent book a book award, given that I work with her at FIRE, but I strongly believe it is a must-read book to understand what’s going on in K-12 today.

Having completed my project read of every single panel of every single issue of the original run of “Fantastic Four,” I was somewhat shocked to discover that the series really only had three periods with truly great writing: the first was Stan Lee and Jack Kirby of course, followed by the great John Byrne, and last was a brief run by Walt Simonson, formerly the artist and writer who had done so much to revive “The Mighty Thor.” (Side note: The Walt Simonson years for Thor are some of what made being a comic book geek in the 80s magnificent.) 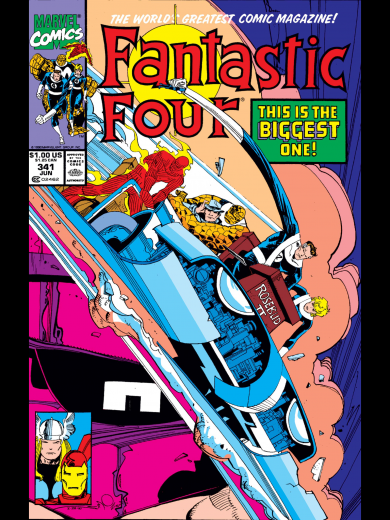 Walt Simonson is a very different kind of writer. His vision is colossal — cosmic. High fantasy, higher adventure. Fans of the Disney+ show “Loki” should know that Walt Simonson was the creator of the Time Variance Authority during his run on “Thor,” and had them battle the Fantastic Four during this run in a bizarre and imaginative story arc that broke all the rules of storytelling from that era. 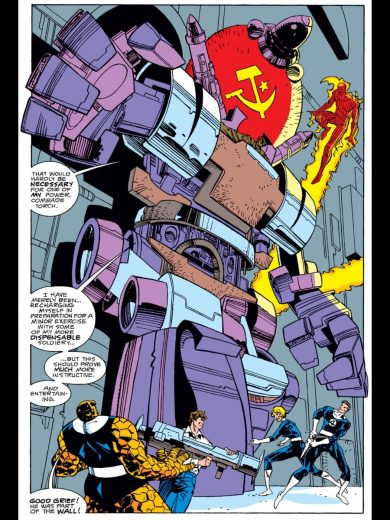 He had the Four prevent nuclear war in an alternative reality where they had to battle Soviet zombie robot Stalin.

And while the Fantastic Four battling Galactus was always one of the most ambitious story lines, Simonson upped the ante into a battle in which the Fantastic Four enlist the entire might of the Shi’ar military in battling not just Galactus, who is for some reason devouring the entire universe, but a Celestial who was guarding him as well.

Walt Simonson was clearly brought in to save “Fantastic Four,” once the flagship publication for Marvel, from certain destruction after two eras of uninspired writing, including probably the worst single run of “Fantastic Four” in its history. The run by “John Harkness” was so bad that the writer actually appears in the final comic book essentially apologizing for what he had done. I’ve never seen anything like it before or since. 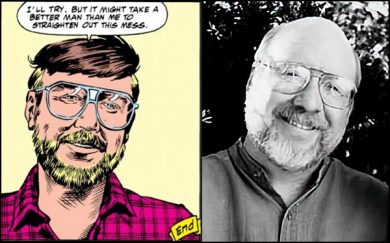 (During the editing process for this article, my fellow FIRE comic book nerd Adam Goldstein informed me that John Harkness was actually an alias of prolific Marvel creator Steve Englehart, created after Englehart clashed with then-editor Tom DeFalco over the direction of the book. As it turns out, Harkness bears an uncanny resemblance to Englehart in a not-especially-good toupee.) 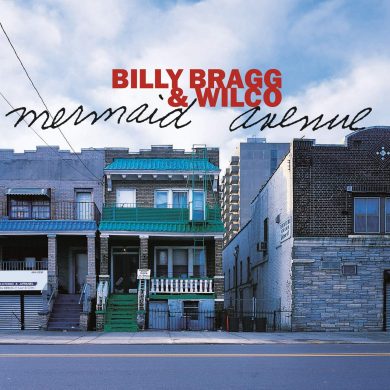 Mermaid Avenue” is still as haunting, lovely, and rousing as ever. The great folk singer Woody Guthrie left thousands of unfinished songs with his estate; his daughter decided to seek out artists to bring those songs to life, which resulted in a number of albums, including the extraordinary “Mermaid Avenue.”

If you don’t know, Mermaid Avenue is a main street in Coney Island, where — contrary to his nickname, the “Oklahoma cowboy” — Guthrie lived and sang and wrote. “Mermaid Avenue” brings together the talents of the band Wilco, the voice of Billy Bragg, and occasional appearances by Natalie Merchant. Songs like “California Stars,” “Walt Whitman’s Niece,” and “Way Over Yonder in the Minor Key” live rent-free in my head and can stay as long as they like. If you like folk music at all, you will love this, and even if you don’t, give it a try. It has an energy, beauty, and presence all its own.