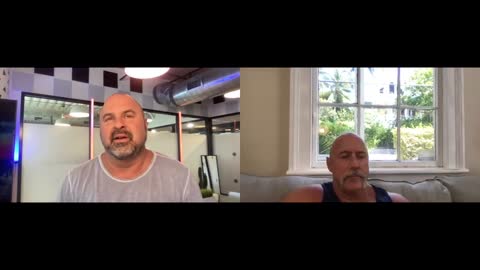 (Natural News) Financial experts, including some who accurately predicted previous crashes, see the current tumult in the stock market as a sign of a coming massive crash, the likes of which history has never seen before and could result in America losing $35 trillion in wealth.

One of the people predicting the coming crash is author and economic analyst Michael Snyder, who wrote that the inevitable stock market crash is already on its way here, and the catastrophe that follows it would be several magnitudes worse than the financial crisis of 2008.

Over the week, the Dow Jones lost around a thousand points each day before rallying. This week, the S&P 500 plummeted more than 10 percent. The Nasdaq-100 fell more than one percent in every session of the week – a feat that it has not done since the dot-com bubble burst over 20 years ago. (Related: “Massive meltdown:” 40% of Nasdaq companies are down more than half from their highs.)

Tech stocks were hit particularly hard during this tumultuous week for the stock market. Netflix shares fell by 21.8 percent on Friday, the company’s worst showing since 2012. Amazon shares fell 12 percent, its worst one-week performance since late 2018. This actually resulted in founder and executive chairman Jeff Bezos losing over $20 billion of his immense wealth.

“Could you imagine losing that much money in a single week?” asked Snyder, who predicted that a similar fate might affect most Americans who are caught unprepared for the coming crash.

Stock market woes to continue for the next few months

Many financial analysts believe the disorder in the stock market will continue for some time, at least partially caused by the Federal Reserve increasing its borrowing rates.

“There’s probably more downside over the next few months as the market adjusts to the reality of the Fed removing accommodation, earnings slow down and much less federal stimulus,” said Ed Clissold, chief U.S. strategist for capital market company Ned Davis Research. He is predicting the stock market will plummet by more than 20 percent from its peak in early January.

“We can see this downward pressure on the equity markets being relatively sticky unless there is a catalyst for a much less hawkish Fed and general global central bank reaction,” said Peter Chatwell, an executive for Japanese banking holding company Mizuho. “The market stress scenario is what we think is happening now.”

Chatwell predicts the S&P 500 could plummet by 12 percent from current levels, and the Nasdaq-100 by 15 percent of current levels.

Jeremy Grantham, co-founder of Boston-based investment manager GMO and a famed investor who, for decades, has accurately predicted the collapse of market bubbles, believes America is now in a “super-bubble.” He compared this bubble to the ones that preceded the Wall Street crash of 1929, the Japanese 1989 stock and housing market crashes, the dot-com crash and the housing market crash of 2006.

“All five of these super-bubbles corrected all the way back to trend with much greater and longer pain than average,” said Grantham.

The coming crash, which Grantham called the “wild rumpus,” has already begun, and it can be seen in how housing prices, commodities and bond prices are already blowing up.

“For the first time in the U.S., we have simultaneous bubbles across all major asset classes,” he said, believing that the U.S. could lose $35 trillion in wealth should the crash correct valuations by two-thirds of the way to historical norms.

Snyder believes Americans still have some time to prepare before the crash inevitably comes. How long it will be until that inevitable collapse remains to be seen.

“Unless there is some sort of an unexpected trigger event, I think that it is likely that we will get some sort of a bounce this week,” he wrote. “Of course, nobody should take a bounce as a sign that the pain is over. Ultimately, Grantham is quite correct that our ‘super-bubble’ is going to spectacularly burst. The only question is timing.”

“Once the inevitable implosion takes place, things will start to change in this country at a pace that is absolutely breathtaking, and nothing will ever be the same again.”