Op-ed: Kashmir: Indian actions not in the US interest 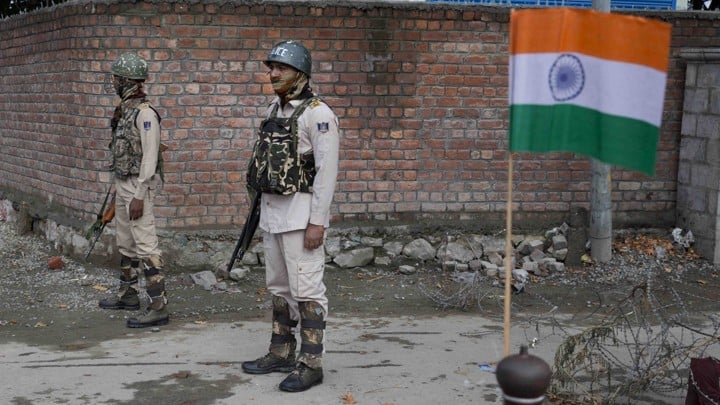 Following years of unrelenting repression and humiliation of Kashmiris, India has finally extinguished their last ray of hope by repealing Articles 370 and 35A of the Indian constitution – both of which had granted Kashmir a special status. India did so in violation of the United Nations Security Council resolutions that forbade annexation of the disputed territory and called for a “free and impartial” plebiscite to allow Kashmiris to determine their own destiny.

Kashmir’s disputed status, which is acknowledged by a series of United Nations resolutions, offers the international community a locus standi to play a role in resolving the dispute – for the sake of Kashmiris and for the peace and stability of South Asia. The disputed status also provided, along with the Simla Agreement between India and Pakistan, a bilateral framework for dialogue on Kashmir.

By excluding the international community and Pakistan from a dialogue India has slammed the door shut on a peaceful settlement of the dispute and put peace in the region at risk. Some in official Washington have spoken up, but most have said little. However, there has been extensive coverage by the American and international media censuring India’s action, especially the continued inhumane lockdown of Kashmir and communications blackout.

According to these reports thousands have been imprisoned and the rest live under an unending curfew. The United Nations, International Commission of Jurists, global human rights organizations and other international agencies also have spoken up. Even before this humanitarian crisis, gross and systematic violations of Kashmiris’ human rights by Indian regular and paramilitary forces had been going on for years, and well-documented in reports by the UN High Commissioner for Human Rights on Kashmir, international and even Indian human rights organizations.

The United States often is a champion for human rights – sometimes for moral reasons, sometimes for strategic ones. In Kashmir, morality and strategic considerations are indistinguishable. But Washington’s silence speaks volumes. And its support for India’s action will harden India’s attitude and polarize the region. This will serve neither the US credibility nor its interests.

India rests its claim to Kashmir on the basis of the instrument of accession signed 70 years ago, and whose legality and authenticity Pakistan does not recognize. Nations are not made of a piece of paper, and much has changed in Kashmir since. The fact is Indian military presence in Kashmir may have helped it to control the territory but has invalidated its claim to it. Now India may lose its control as well.

Moreover, India is driving Kashmiris to extreme despair, leaving armed resistance as the only way out. Meanwhile, the marginalization of Pakistan as a party to the dispute will leave Pakistan no choice but to resort to bilateral measures such as restricting the relationship. India inevitably will respond, possibly aggravating the tensions along the Line of Control. Overall, this is a lose-lose scenario for the region.

In his speech to the United Nations last month, Prime Minister Imran Khan of Pakistan said as much. “Would I want to live this humiliation? Would I want to live like that? … You’re forcing people into radicalization. When people lose the will to live, what is there to live for?”

All these various stimuli are aggravating the risk of war. If that wasn’t the case, why would the Indian Defence Minister walk back India’s nuclear no first use policy. Consequences of a war between two nuclear weapon states could only be catastrophic.

And, of course, what happens in Kashmir reverberates in Afghanistan, especially if Pakistan has to relocate its troops. The reality is, Pakistan is vital to the stabilization of Afghanistan more so with the withdrawal of US troops. Meanwhile, what India has done imperils US interests in the region in more ways than one.

The fact is the totality of United States current and future interests in the region including its geopolitical competition with China will suffer if the Kashmir dispute and the relations between India and Pakistan are not addressed. If the US is looking to India as a counter to balance China, how can it do so with a persistent risk of an India-Pakistan war?

India aspires for big power status. But India’s aspirations are not likely to succeed in a perilous security environment it has exacerbated by its annexation of Kashmir. These aspirations can only be realized in a peaceful and stable South Asia, and that would require the resolution of the Kashmir dispute.

At the same time, a moderate and stable Pakistan, enjoying peaceful relations with India will be in the best position to help Afghanistan’s own search for peace and stability, while serving its own and America’s interests. After all, for more than six decades US-Pakistan relations have yielded huge mutual benefits for both countries – longer than the US India relationship.

The United States has helped raise India’s economic, military, and diplomatic stature. This support must continue. But Washington has enormous leverage to influence India, making now the time for President Trump live up to his offer to mediate in the Kashmir dispute. The United States should make good on the President’s offer to show America’s leadership again.

After all, Kashmir is no ordinary dispute. It is about American values and interests. But it is also about a people who have lived under a complete lockdown for more than two months, their history, culture, and aspirations for freedom.

The writer,  Ambassador Touqir Hussain, is a former Ambassador of Pakistan and Diplomatic Adviser to the Prime Minister, and is adjunct faculty at Georgetown University and Syracuse University.

The post Op-ed: Kashmir: Indian actions not in the US interest appeared first on Foreign Policy Blogs.

Source: https://foreignpolicyblogs.com/2019/11/12/op-ed-kashmir-indian-actions-not-in-the-us-interest/
BeforeItsNews Announcements
Step 1: Get the Telegram App & Get Stories Direct to Your Phone or Computer Without Censorship! Get the Telegram App in the App Store or at
https://telegram.org/