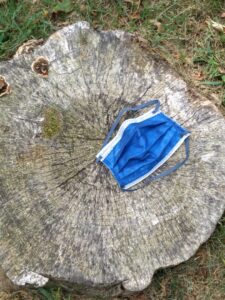 Interfaces With The Global Commons

An odd policy problem arises out of the Covid pandemic, in the interface (pun noted) between private rights, i.e. not to wear a facemask, and public mandates to wear them.  The collision of particular rights with needs of the commons arises in many global issues.  Henry Kissinger points toward it in the international relations context, noting how “the pandemic has prompted an anachronism, a revival of the walled city in an age when prosperity depends on global trade and movement of people.”

The same collision occurs in issues of climate change, use of electromagnetic spectrum, open sea fisheries, and a host of other matters.  The question of particular rights versus commons raises a problem for America, and American leaders need to start crafting a durable approach.

The traditional Liberal approach to questions of commons rests on an extended idea of reciprocity.  If all benefit from some common need, then each party benefits individually, and a contractual process or protocol can be constructed.  Under the 1987 Montreal Protocol a consensus of nations agreed to limit ozone-depleting emissions, and appear to have plugged a hole in the atmosphere’s ozone layer.  In the old practice of eminent domain a duly ascertained public interest allows the taking of private property, with compensation.  This has worked to the point that it raises public controversy only in exceptional cases.

Under the World Trade Organization, countries voluntarily accept regulation of their sovereign power to tax and control imports and exports.  The common benefit is global growth, which for many countries took the form of normalized trade with the United States.  The payoff may have had a less-idealistic reality to it, and in practice the rules were relatively soft, which helped the Liberal approach work.

But such solutions haunt Liberal conscience, which needs to be assuaged by the elaborate due process protocols.  These processes require, at some level, a high degree of underlying consensus that the common good to be gained justifies the overriding of a person’s or country’s rights.  The instant that the community has its consensus shaken, the question of particular rights versus commons becomes a political battle.

The non-liberal approach to the commons says simply that common good comes first.  A number of socio-political doctrines support this approach.  It is the essence of socialism; it fits Confucian premises of harmony and order; and the anthropological concept of collective identity backs those doctrines.  This approach supports measures such as China’ one-child policy, high taxes in many social democratic states, and Soviet collectivization.  It was a norm in pre-modern times, when rights were privileges granted by rulers rather than unalienable attributes of all persons.  The last American traces of those times are found in the vestigial ‘common’ found at the center of many old New England towns.

The problem for America runs deep.  The nation created itself in a rejection of traditional government – not just of a British government perceived as abusive, but of the very idea that government could override a person’s rights.  No other definition of American nationality has been given; the nation is committed to the truths of unalienable rights, and government tasked to secure those rights.  Hence the pangs over practices like eminent domain.  Hence the defiance of those who will not wear face masks during the pandemic.  Hence, in part, opposition to greenhouse gas related regulations and to the environmental movement.  And now that these issues have become issues rather than matters of quiet consensus, any other matter that pits individual rights against needs of the commons will also become politicized.

How America engages the world on climate policy, pandemics, use of electro-magnetic spectrum, maritime boundaries and protocols, and standards in social media, will be subject to our ability to reconcile  the needs, however urgent, of the commons with the rights, baked into our national definition, to live by my own chosen lights. Only in national consensus will we make this reconciliation.  At home or in the world, American leaders cannot enforce the needs of the commons, we have to sell them, which requires national consensus on those benefits.  American consensus is also needed to inspire people to abridge their rights, as individuals or for the nation.  Only in consensus can we address the new age’s global issues.  And only in consensus can America fulfill its commitment to rights.