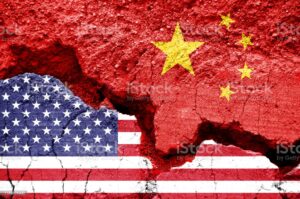 Recent high-level diplomatic visits to Taiwan risk rupturing permanently the U.S.’ “One China” policy. This policy is the foundation of the U.S.-China peaceful relationship. As Taiwan is the most preeminent security issue in U.S.-China relations, a miscalculation from either side, leading to a military conflict cannot be entirely ruled out.

U.S.-China relations are currently quite abysmal and tensions run the full gamut of issues, including trade, technology, human rights, security, and now health due to COVID-19. Additionally, recent U.S. bans on TikTok and WeChat have made the results of U.S.-China tensions more readily visible to more Americans.

While there have been legitimate issues involving trade and human rights in China, from the U.S. perspective, the pace at which additional issues have been added to these original ones has become quite frenetic in current U.S. China policy. From the Chinese perspective, China has finally emerged from its “Century of Humiliation”. Because of historical reasons, territorial integrity is seen as a key component of this emergence. Any Chinese administration, not just the current one, would face an extreme test of its legitimacy from its own people if, after having regained Hong Kong and Macao, it failed to eventually do the same on the Taiwan question.

The current crisis in the Taiwan Strait mirrors other crises, from The Cold War and beyond. Both The Cuban Missile Crisis, as well as The Ukraine Crisis, clearly illustrate that great powers are not keen on other great powers intruding into their own perceived sphere of influence, or “near abroad”. Fortunately, The Cuban Missile Crisis ended with no military engagement between the U.S. and The Former Soviet Union. However, despite not getting as much news coverage as before, The Russo-Ukrainian War resulting from The Ukraine Crisis is still ongoing, with no end in sight.

At the beginning of the The Cold War, China was a revisionist power bent on exporting its ideology to its region, if not the world. Today’s battlefield is also a clash of ideologies, with China’s state-run capitalist model, the so-called “Beijing Consensus” facing off against the U.S.’ own market-driven capitalist model, the “Washington Consensus”. Both models are being evaluated globally in terms of their resiliency in the face of extraordinary circumstances, like financial and health crises, internal socio economic stability, as well as their effectiveness in bringing sustained economic benefits to the bulk of their respective populations.

It is in this soft power front, affecting both trade and economic issues, that Washington faces a truly daunting adversary in today’s China, the most significant state challenge the U.S. has ever faced. No power the U.S. has ever confronted has had the same economic heft of today’s China. Even when China and the U.S. actually engaged each other militarily, during The Korean War, China was nothing like the global power it is today. Also it bears mentioning that, at the time of The Korean War, China did not yet possess nuclear weapons.

Because of this, from China’s perspective, Taiwan is seen as being a pawn on the chessboard of the increasing U.S.-China great power competition game. Taiwan provides the U.S. a convenient model for what China could possibly be, provided it made the necessary ideological changes to its current form of government.

As important as exceptionalism and ideology are however, China chose the avenue of pragmatism in 1972 when it accepted Nixon’s overtures. The Middle Kingdom did not do this out of an abiding love for democracy and free markets, but out of self-interest and self-preservation. Even then, it was not a full-fledged U.S. ally, but only a “strategic partner”. With the U.S. as this strategic partner, China was not as vulnerable when facing hostilities from its erstwhile ideological ally, The Former Soviet Union.

Nevertheless, only in time did China’s pragmatism allow it to re-engage with the West and reap the concordant economic benefits. However, no political reform was ever promised by China through this re-engagement. Perhaps not codified, but understood implicitly by the U.S., was that this new arrangement would have China following the U.S.’ lead in Asia in perpetuity. Now, it is abundantly clear that China never saw it that way.

Deng’s Southern Tour inspired new modes of thinking in China such as “To get rich is glorious” and “It doesn’t matter whether the cat is black or white, as long as it catches the mice”. The latter slogan was an admission that a state’s ideological orientation mattered less when it came to being able to pragmatically provide economic benefits for one’s own people. For sure, China saw the benefits of economic re-engagement with the West, which enabled it to lift more people up out of poverty than ever before in human history.

However, Deng and others also recognized that “If you leave the window up, some flies are bound to come inside”, meaning that more economic freedom always posed the risk of increased political freedom being demanded by the population, now exposed to external values. However, China was never going to change its mode of government and become a “like-minded partner” of the U.S., at least not in terms of values. By the late 1980s, China had seen the beginning of the unravelling of state power in The Former Soviet Union due to increased political freedom there and decided not to repeat this mistake. This was made abundantly clear at Tiananmen, the reaction to which Deng also spearheaded.

Though difficult, more tolerance and appreciation for different forms of government within the global system architecture will lead to overall system stability. Continued intolerance towards the full diversity of forms of government in today’s global ecosystem will only lead to further system instability. Further increasing system instability is the impact of global pandemics and irreversible environmental degradation. By working together, on the Covax initiative for example, both China and the U.S. would demonstrate to the world their commitment to keeping this system stable. COVID-19 and forest fires so huge that they are visible from space do not care about the ideology of their victims, and neither should we.