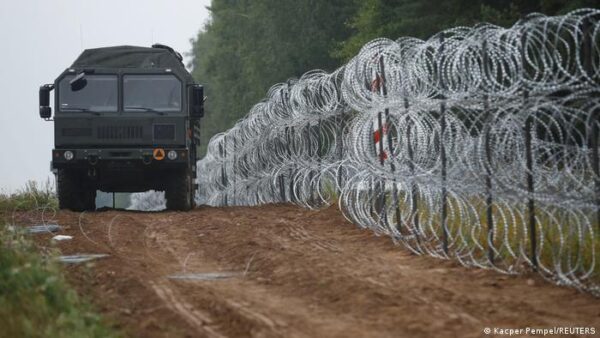 The border crisis between Poland and Belarus is more complex than a dispute between two sovereign nations. The extension of the EU border into the former Warsaw Pack area and towards the former border of the Soviet Union was always a source of tension as Poland was seen as a barrier to large armies coming from Western Europe. The trauma of the Second World War on Soviet citizens is notable in foreign policy arrangements since that time, and mirrors much of the history of Central Europe as a bulk-ward against the Wehrmacht, The Grand Armee of Napoleon, and many other historical disputes that placed the Polish people in the middle of wider conflicts.

The resulting Realpolitik that motivated the West and East of Europe to be weary of sharing a direct border with each other placed the Polish people into a revolving wheel of suffering and of erased identity. While the Polish people and culture survived and thrived in the areas known as historic Poland, the maintenance of a nation state was often determined by outside forces, making the Polish people strangers without a nation of their own in their historical homelands. The Poland once ruled by Medieval kings was not the same one that Napoleon stepped foot in, and was still drastically different than the Poland that came out of the Second World War. The end result is that Poland was a nation that often remained nameless despite having a rich culture and history. Poland is one of the oldest nations in European history, but remained absent as a state within Europe for much of the last 800 years.

The irony of citizens from Iraq, Syria and Yemen being trapped between the Belorussians and European Union at the Polish border mirrors much of European history as well as their own. As Poland was always the target of power politics in its region, the people of Iraq, Syria and Yemen are now often seen to be citizens of countries in a power vacuum, victims of political agents at home and now abroad that are used as a part of a larger conflict. When negotiations are taking place between Western Powers and those in the region, a missile launched at Iraq that murders its citizens is not mentioned or considered by any negotiators. Despite being indigenous peoples in their own lands, their nations are always at risk of disappearing due to external factors and foreign interests.

In reality, the conflict on the border is not between the Polish people and those from Iraq, Syria and Yemen. This latest clash has mostly been orchestrated by outside forces, wishing to keep their treatment of nameless nations maintained and who deem inequality as the norm. This is an experience Polish, Iraqi, Syrian and Yemeni people have always shared, and negotiations between these nations should reflect their own culture and experiences, not those of the real outsiders.