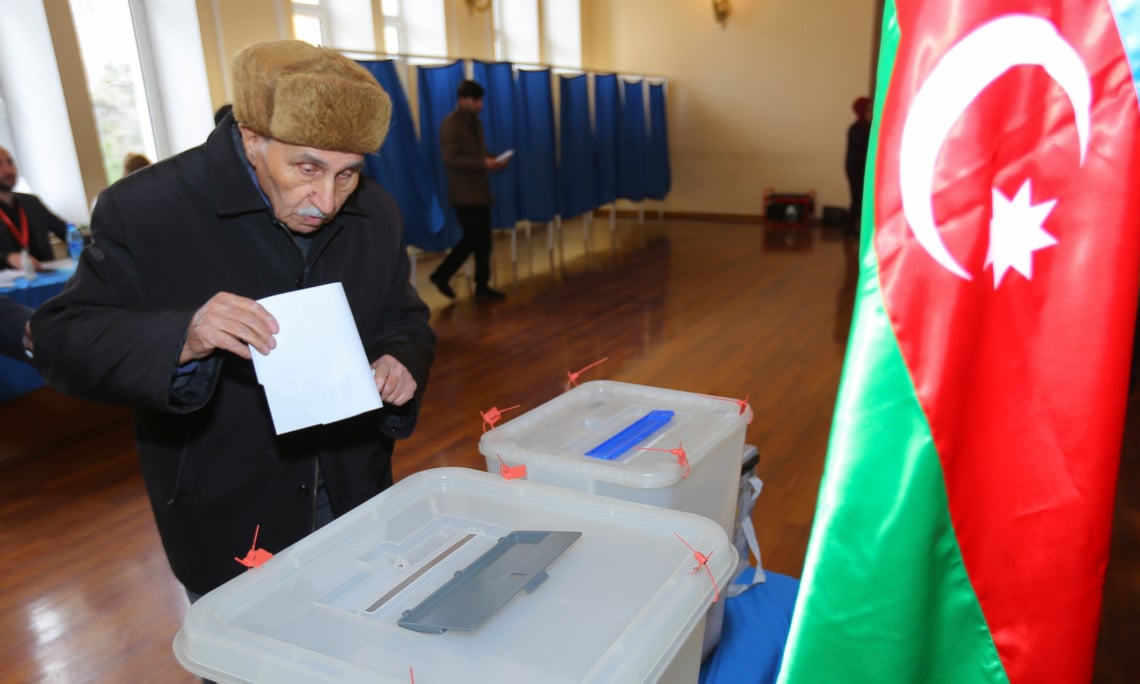 This month, Azerbaijanis marked the 29th anniversary of the Bashlibel massacre, which took place in 1993 following the Armenian occupation of Kalbajar.   In early April 1993, 62 residents of Bashlibel sought refuge in the mountains as the Armenian forces advanced in the area.

Ismat Azizov, a resident of Bashlibel, told the Azerbaijani media the following about the attack: “From April 5 to April 18, 1993, we were able to hide inside caves from the Armenian militants.  When the Armenian armed groups found out we were hiding in the mountains, they opened fire on us.”    14 residents were taken hostage and 18 others were ruthlessly slaughtered.   The remaining 30 managed to escape.

Another massacre survivor Salim Mehydiyev recounted that the Armenian militants callously told the women and children to come out of the cave, claiming that they would be safe, and then shot at them: “I witnessed Armenian militants torturing not only people but cattle in the village.”

Vasif Huseyiv, another survivor, wrote in the J.CA: “Picture a remote village nestled in a valley surrounded by rugged yet scenic mountains. A prosperous and peaceful place with a population of fewer than 2,000 living in an ideally natural place. As in the neighboring villages, most residents subsist by farming and beekeeping. They export a bountiful surplus to the rest of the country. The villagers are fond of reading verses aloud, often poems they have written themselves. They are proud of the achievements of their school, one of the largest schools in the region, and the aspirations of their young people to go to university, in the national capital or further afield.”

“Such was Bashlibel, at the southeastern edge of the Kalbajar district of Azerbaijan,” he continued.  “But it is now necessary to talk about this beautiful village in the past tense. That is because Bashlibel, together with hundreds of other villages in the Karabakh region, fell victim to the full-scale war launched by Armenia in the early 1990s. Within a short time, the village had been all but razed to the ground.”

According to him, “It is particularly hard, even heartbreaking, for me to tell the history of the occupation to which Bashlibel was subjected, as it is the place where, in 1989, my mother gave birth to me and where I lived in happiness until, in 1993, the armed forces of Armenia swept in.  As a 4-year-old child, I had no clue what was happening, why people were leaving their homes in panic, or where we were heading on foot in the cold morning.”

“I hardly remember the shock my family experienced then, but, retrospectively, I can see how traumatic it must have been for my mother, then seven months pregnant with my sister, and my disabled grandmother, who could not walk without assistance,” Huseyiv added.  “The residents of Bashlibel had no access to the helicopters and only a few automobiles to save their families from the horror that Armenian troops brought to their village.”

In conclusion, he proclaimed: “Nevertheless, we had to reach the other side of Murovdag on foot. Fortunately, there were two horses at our disposal; my mother and one-year-old brother used one, my grandmother the other. Halfway, some of us – my grandparents, mom, me and my brother – were taken by a Soviet-made car whose Bashlibeli driver Tahir Samadov was driving back to Bashlibel to help people. Thanks to him, we safely arrived in Khanlar district in unoccupied Azerbaijan, where many other Kalbajari people, already termed internally displaced people (IDP), came together to wait to be provided with “temporary” shelters. Tahir left again for Bashlibel to help others but never came back. My dad, together with my uncles arrived in Khanlar a few days later; they had walked all the way from Bashlibel, like many others.”

In honor of the 29th anniversary of this massacre, Azerbaijani Human Rights Commissioner Sabina Aliyeva declared: “We believe that those responsible for numerous crimes committed by Armenia against peaceful Azerbaijanis including the Bashlibel massacre will soon be brought to justice and answer before the country.   Villagers including children, women, people with disabilities and the elderly were tortured to death and some of them were even burned alive.”

It should be added that following the Second Karabakh War, the Azerbaijani government inspected Bashlibel village by a drone and discovered that all of the homes in the village were ruined during Armenia’s occupation of the area.   According to reports in the Azerbaijani media, the remains of 12 unarmed Azerbaijanis including a 12-year-old child, a 16-year-old teenager and six women, were unearthed around the village.