When the Tesla Roadster and its Starman occupant entered space aboard Falcon Heavy’s maiden voyage in 2018, it joined the ranks of one astronomer’s impressive database of human-made objects that have left Earth: The General Catalog of Artificial Space Objects (GCAT). It’s the most comprehensive collection of space object data available to the public, and its author recently published it in full for open-source use.

Jonathan McDowell, currently with the Harvard-Smithsonian Center for Astrophysics, created GCAT as an endeavor that began about 40 years go during his Apollo-inspired childhood.

“It was hard for me growing up in England to get details about space because the media there weren’t as interested in it as the U.S. media, so in a slightly obsessive way I started making a list of rocket launches… Now I have the best list,” McDowell told VICE in recently published comments. Lack of information in his younger days seems to have only been the beginning of the challenges the astronomer was willing to take on for his project. As detailed to VICE, McDowell also traveled to international space agency locations to obtain their old rocket lists and even learned Russian to translate that country’s space object data.

Although McDowell has been collecting his Catalog data for decades, the push to finally put all of his work online was inspired by more recent events. The risks of COVID-19 and “imminent death” threatened the database’s purpose. “There’s no point if it dies with me,” he told VICE. Publishing the GCAT had been in his plans, however, the pandemic pushed its priority to the top of McDowell’s personal bucket list. 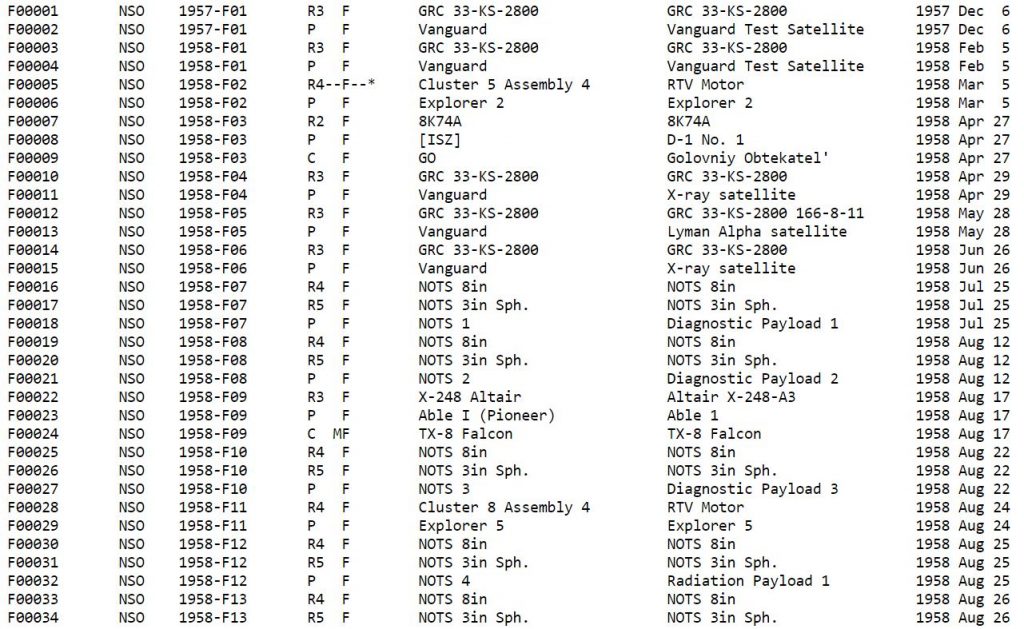 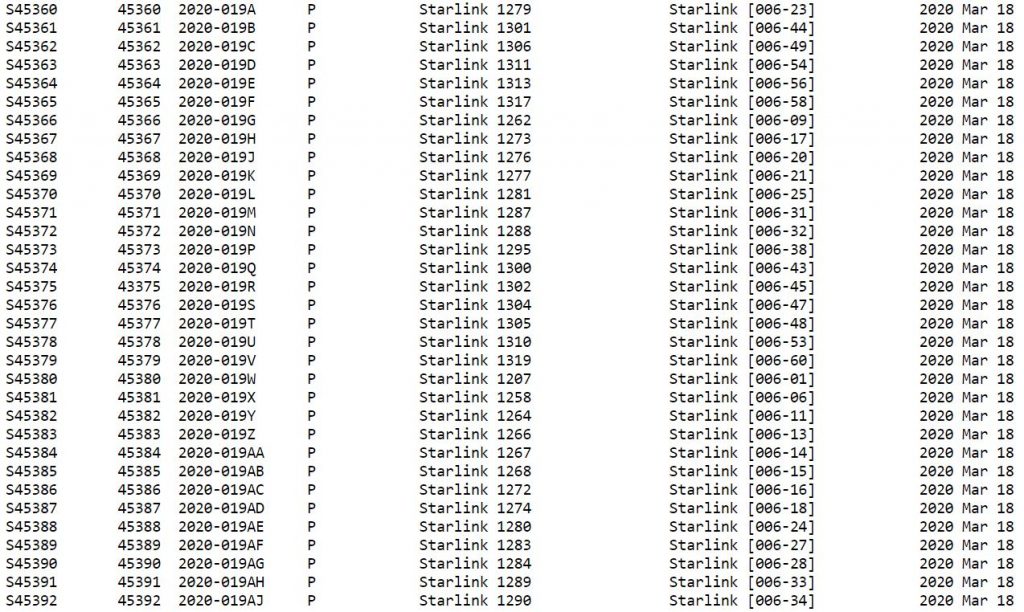 So, what exactly might one use the GCAT for? McDowell had his own suggestions, including the determination of how many working satellites are currently in space. Since the data is easy to export into software that allows sorting of tab-delimited files, one could perhaps also look at the amount of debris produced over the years to get a general picture for how active spaceflight operations were in the past or how they may be progressing. Plenty of information about each object’s origin and owner is included for this kind of research.

One of the GCAT data sets tracks failed objects that would have otherwise made it to orbit. As an example, looking at the number of items from failed launch attempts in 1958 (52) gives a hint as to how intense the space race between the US and the Soviet Union was at the time. Data browsing could be used for general historical inquiry as well. For instance, Sputnik 1, launched by the Soviet Union on October 4, 1957, is object 00001; the Eagle lander still on the Moon from Apollo 11’s mission is object #04041; and the Tesla Roadster is object #43205.

Some of the data can inspire more historical awareness such as the listing of tools lost during on-orbit construction of the Soviets’ Mir Space Station in 1986. Of course, reminders of significant spaceflight misfortunes are also included like the Challenger Space Shuttle explosion in 1986 and SpaceX’s CRS-7 ISS resupply mission failure in 2015.

Since GCAT is inclusive of both functional items and notorious bits of space junk logged from decades of data digging, the Tesla Roadster and its 57,000+ “friends” are poised to help with some serious research now and in the far future.

“My audience is the historian 1,000 years from now,” McDowell explained. “I’m imagining that 1,000 years from now there will be more people living off Earth than on, and that they will look back to this moment in history as critically important.” For fans of Star Trek, this type of record keeping certainly seems to be relevant to future humans more often than not (away mission, anyone?). Perhaps that type of science fiction storyline will transpire into reality, just as so many of SpaceX’s achievements have done already.

Interestingly enough, McDowell is working on another project to track deep space objects beyond Earth’s orbit. Will space debris take center stage around Mars and beyond like it does around our own planet? Seeing the progress in one comprehensive database will certainly be an interesting way to show just how far humans have come since object #00001.