The plan for a New World Order is very clear, a centralized worldly government where there are no borders and only a ruling class of elites who run the world. Placing that as another boundary line for the end times. Using the discontinuation of the 50 states, paints a clear picture that America is preparing itself for the New World Order.

The infamous agenda for the North American Union is taking shape and the plan to do away with the 50 states and create FEMA regions is happening right now.

Economically according to Parag Khanna, a contributor for the NYTimes, America would thrive more if the government did away with the states and created regions. 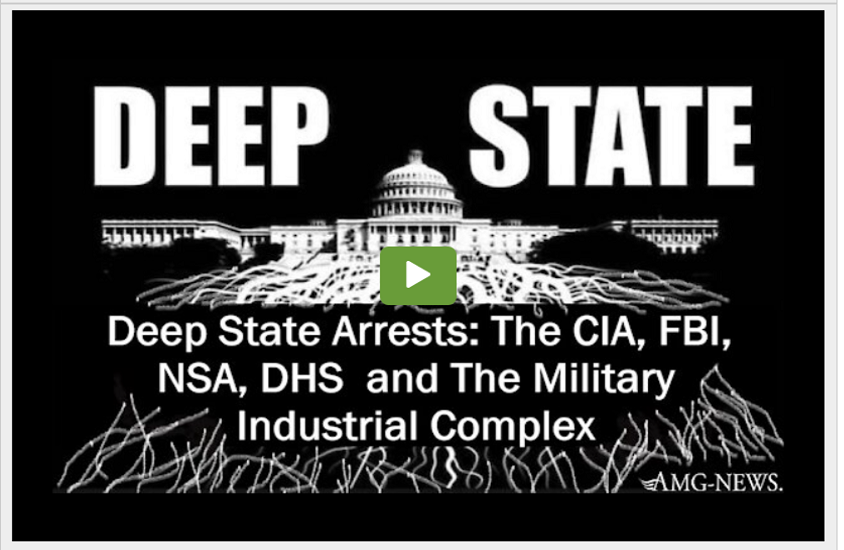 At first glance, the plan seems to be a good idea, but rather we must observe the hidden motive. The States of America exist to protect the rights of the individual rather than that of the collective.

However, given the agenda currently underway, the rights of the individual are being forsaken, and the “feelings of the collective” throttled upon the masses.According to Parag, and those sourced in the report; the 50 states are dysfunctional and very messy, especially economically.

With America continually on the downturn of leading the world in innovation, it becomes increasingly more evident that the USA is failing. “Advanced economies in Western Europe and Asia are reorienting themselves around robust urban clusters of advanced industry.”Says Parag. However is that the real motive behind it all?

The plan for a New World Order is very clear, a centralized worldly government where there are no borders and only a ruling class of elites who run the world. Placing that as another boundary line for the end times. Using the discontinuation of the 50 states, paints a clear picture that America is preparing itself for the New World Order.

The entire plan for seven states bases itself on the fact that some states are failing while others have already bounced back after the 2008 financial crisis.

However, exposing the real motives behind the crisis shows that this agenda for seven states is all apart of a larger scheme to further dwindle the individual rights of Americans, and to do away with borders and boundaries furthering the agenda of the One World Government.

The idea to combine states and do away with border lines is not a new one, but rather it began 32 years ago, proposed by a man named Joel Garreau, his idea was to have nine states. Given the furthering of time, its now been dwindled down to seven, which should only make one wonder how long till it dwindles down to one.

Centralizing government is never a good idea, and that is the undoubted plan for it all, federalizing all police forces to act as one rather than several hundred; painstakingly showcases the agenda for the North American Union.

Where the plan began is where the answer lives. Taken from his bio:

“Joel Garreau is an explorer of culture, values, and change. To aid those who follow later, he frequently publishes mental maps.

Most recently he is the author of Radical Evolution: The Promise and Peril of Enhancing Our Minds, Our Bodies, and What It Means to Be Human.

Joel’s latest book takes an unprecedented, sometimes alarming, always spellbinding look at the hinge in history at which we have arrived. For hundreds of millennia, our technologies have been aimed outward at altering our environment in the fashion of fire, agriculture, or space travel.

Now, for the first time, we are increasingly aiming inward at modifying our minds, memories, metabolisms, personalities, progeny and possibly our immortal souls.Radical Evolution is about altering human nature — not in some distant tomorrow, but right now, on our watch.”

Joel is a transhumanist, further proving the point that the agenda for North America to be split into regions is an elitist one and not that of furthering the rights of individuals but rather the feelings of the collective. Joel is not the only one who is pushing this agenda.

Hillary Clinton is also pushing the agenda, and she claims that America will have no borders within one hundred days after her arrival in the Oval Office.

Furthering the agenda of the North American Union, and doing away with the states brings about a strange coincidence. Under Martial Law, or during a national crisis a new map takes shape; and that is the FEMA regions map. Which uncovers an astounding resemblance of the new seven states map.

History repeats; destroying the current states bears the resemblance of something which happened in the past and brought about the bloodiest civil war in the world. The question is, as they further the agenda for The North American Union will it bring about another one?

I hope you enjoyed the carticle and I want to know what you thought about these and which was your favorite. If you liked this article, don’t forget to target the subscribe button and launch notifications so you will be the first to know when a new article comes out.

Loading...
"Not by might, nor by power, but by my spirit, saith the Lord of hosts." Zechariah 4:6
BEFORE IT'S NEWS ON TELEGRAM
GET THE TELEGRAM APP - https://telegram.org/ JOIN OUR CHANNEL - https://t.me/BeforeitsNews
Read it..
BEFORE IT'S NEWS
SIGN UP FOR OUR NEWSLETTER
Today's Top Stories
"Everyone Must Know This Before it is Deleted"
X22 Report The Hunt Is On, [CF] Comes Into Focus, Crimes Against Humanity - Episode 2285b
Donald’s Greatest Show On Earth! Betrayal and Deception. The Nightmare Is Soon To Be Unleashed. Where Is This Coming Messiah Mentioned In Bible Prophecy? Awesome Videos
Nobody Cares That They Are Performing Satanic Rituals Right in Front of Us
RichiefromBoston: We Are Under Attack, Act Accordingly!
Silk Masks Offers More Protection than Cotton or Synthetics for COVID-19 Prevention
Steve Quayle Unplugged! War Looms, Fearful Will Run, We Will Fight Via The Hagmann Report
Solving the Strange, Unusually Geometric Pattern of Storms on Jupiter
Deborah Tavares: Black Out Coming! Power Grid Down! September 2020 via Israeli News Live!
(Must Watch) The Cabal Is In Full Panic Mode As Their Events Are Backfiring!!! What's Coming Next Will Be The Final Blow!!!
Loading...
Featured
The Reckoning Is Upon Us! Precious Metal Plunge Is "True Dip-Buying Opportunity"
Do Not Weep for Rome
You Won’t Believe Why Woman in Ohio Was Arrested & Tased - China Helping Saudi Arabia Go Nuclear? Via Israeli Live News
Arresting People for Not Wearing Masks Is Another Giant Step Toward Total Tyranny! +Must Video
The New York Times is Panicking About the 2020 Election as Biden Begins to Implode!! - Great Dr. Steve Turley Video
Survival Is Just About Surviving
It’s in America - People Arrested for Not Wearing Masks & Signing to Jesus! Brownshirts Revived
100% True: They Rig Metals, While Financing Drug Cartels, Terrorists & Mobsters!! - Great SGT Report Video!
DOJ Uncovers Trump Votes Got Thrown Away, Votes Found in Ditch, Media Says Trump Is Planning a Coup - Must Video
Epic Economist: Unprecedented Monetary Overhaul! Fed Preparing to Deposit Digital Dollars Directly to Each American! - Must Video
Loading...
Top Global
Arresting People for Not Wearing Masks Is Another Giant Step Toward Total Tyranny! +Must Video
Breaking! Israel Imposes Lockdown! Is America Next? via AMTV
Nobody Cares That They Are Performing Satanic Rituals Right in Front of Us
Rothschild Rulers
The Seeds Have Been Planted For The Next American Civil War. I Don’t Think Anything Stops It Now.
SGTreport: General Wesley Clark "We're Going to Take-Out 7 Countries in 5 Years"
Wanna bet that Aus’ is a testing ground for what’s coming soon?
WATCH: President Trump Slams China at United Nations: ‘China Must Be Held Accountable’
After Trump Shut Him Up, Vengeful Fauci Made NEW Sinister Plans & He’ll Stop At Nothing To Get It!
RichiefromBoston: A Major Part of Their Plan Was Right In Front Of Our Eyes
Loading...
Top Alternative
Jim Marrs: Naval Officer Admits He Has Been on Secret Spaceships Via Coast to Coast AM Classics
Biden & Sons: An All-American Crime Family & International Shakedown Syndicate
Edgar Cayce "Fallen Angels" Spoken of in the Bible Are Here to Keep an Eye on Us
Meteoroid Bouncing Back into Space?
It's Thursday Night Live Protest/Riot Coverage
Nobody Cares That They Are Performing Satanic Rituals Right in Front of Us
Rothschild Rulers
The Mandela Effect: The Man From the 'Country' That Does Not Exist! Multiverses
Edgar Cayce: Strange Metals, Minerals and Stones... Their Magical Properties Were Noted by Cayce
The Great Conservative Migration & What it Means for the Future