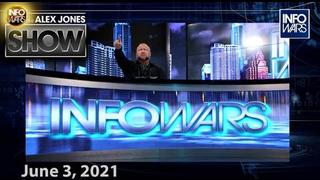 Tune into this absolute must-listen & must-watch edition of the Alex Jones Show to learn what’s REALLY going on! Humanity is awakening, but entrenched elites have a trick up their sleeve: World War.