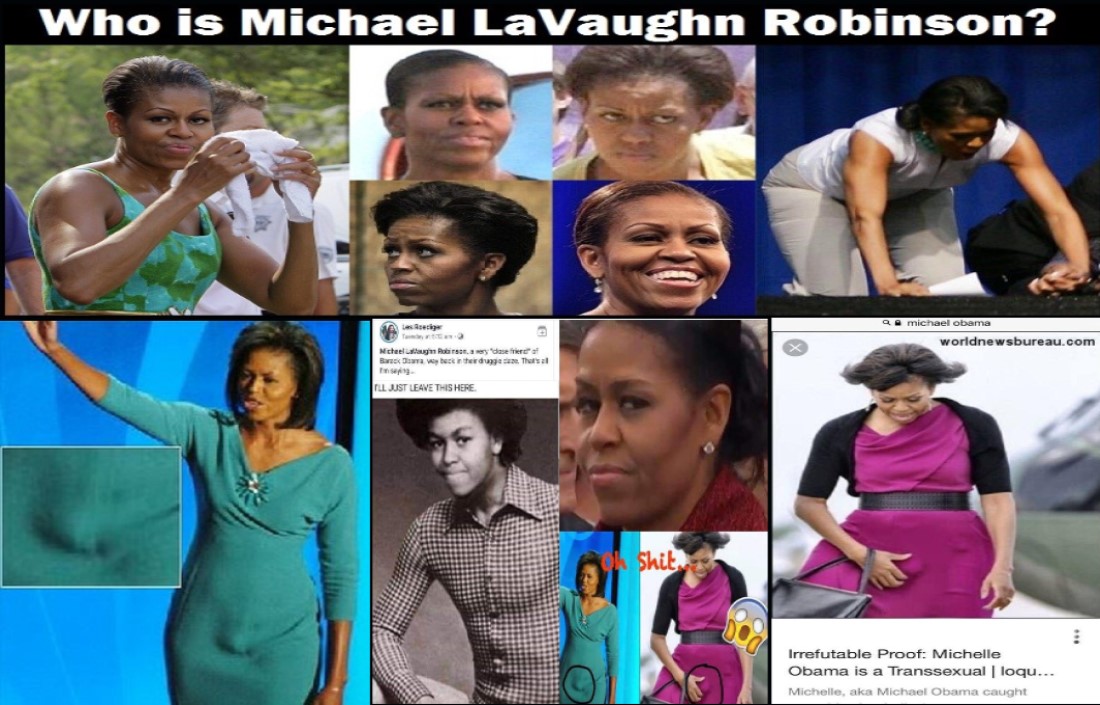 Medeea Greere, an independent publisher, is now on Telegram at https://t.me/AMGNEWS2022 and exists only on reader support as we publish Truth, Freedom and Love for public awareness. Thank You for your support!
First, look closely at this photo of Barack Obama with his arm around Big Mike during the Mikhail Gorbachev years (1985-1991). Obama would be around 24 or 25 years old. 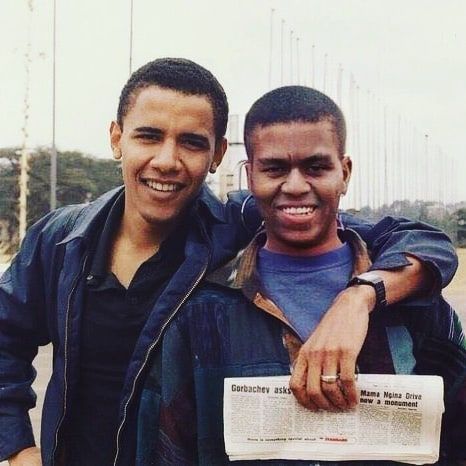 Official portrait of First Lady Michelle Obama in the Green Room of the White House, Feb. 12, 2013. (Official White House Photo by Chuck Kennedy)
Next, click on the above photo to greatly enlarge it. Now take a real close look at the teeth. Compare the 2 teeth in both photos beginning with the big incisor tooth on the right. See how it slightly overlaps the tooth to the right of it IN BOTH PHOTOGRAPHS.
For those who cannot view clearly those 2 concerned contiguous teeth, please observe the obvious overlap in the following photo. Also, notice that the canine tooth on the right side is significantly pointing inward just as it is in the photograph of Big Mike at the top of this post. 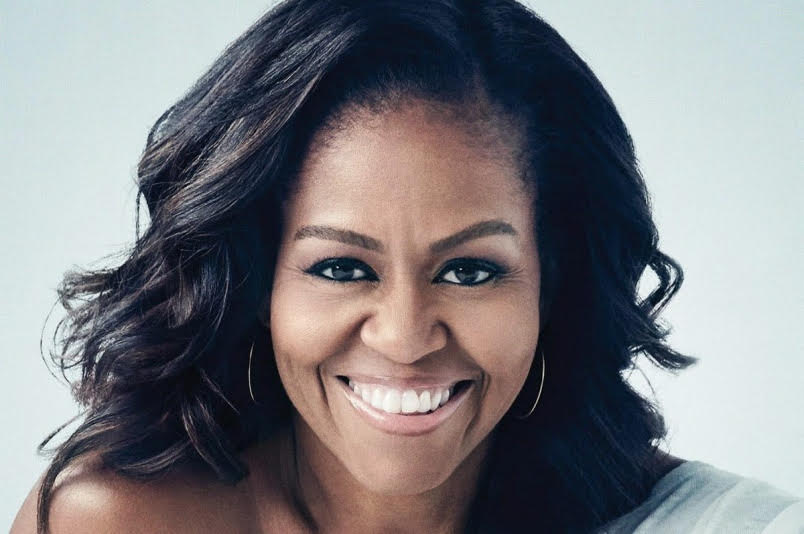 Look it, no First Lady in U.S. history has ever shamelessly showed off their HUGE shoulders like Michelle Obama often did. That was a dead giveaway right there. The photo of Big Mike that follows was a familiar picture — over 8 long years — of First Lady Man displaying her massively built trapezius muscles. Please look at the size of those traps—WOW ! ! ! 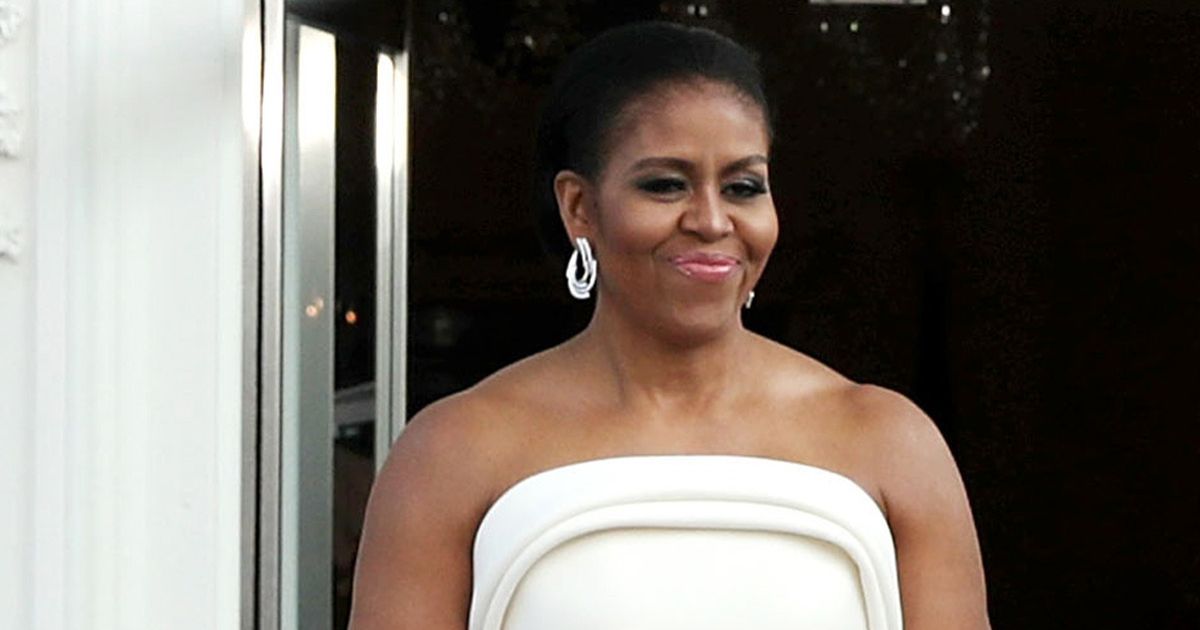 First Lady Michelle all decked out for a State Dinner
Really, how does a former attorney and hospital executive (both sedentary white collar jobs) turned First Lady ever develop the sheer size and strength of her traps that’s clearly depicted in the photograph above?!
For those who are unfamiliar with the musculoskeletal system, what follows is a diagram that highlights the exact location of the trapezius muscles that extend from the neck to the shoulders (shown in orange). 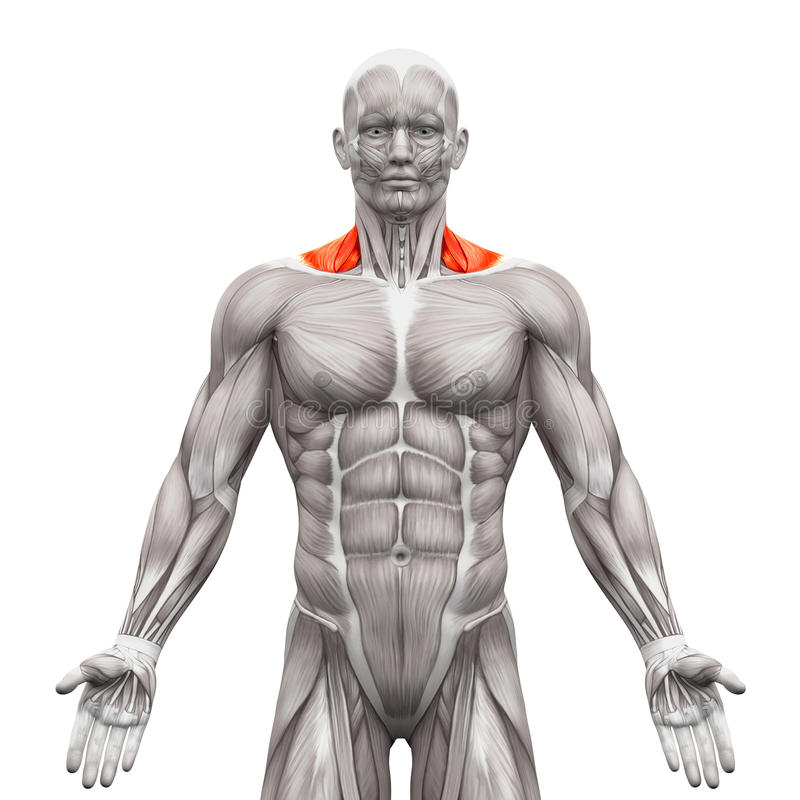 Big Mike’s traps are much more developed than the muscular male model above! However, it’s the teeth that present the irrefutable evidence that Michelle Obama is really Big Mike. It’s well known by forensic criminal investigators that the teeth frequently provide the conclusive proof for identifying a murder victim.
And so it also is with this decisive dental confirmation of the true identity of Michelle “Michael LaVaughn Robinson” Obama, aka Big Mike.
In this cold case investigation, a body was apparently switched, but with the same body. Now we all know what really happened to Big Mike. As well as what happened to Barack.
TRENDING: The Natural Way: Introducing Java Burn – Weight Loss With Black Coffee (secret recipe ) Watch the video below:

Barack Obama is officially pegged at 6′ 1 tall while Michelle measures 5′ 11″. Another look at the preceding photograph reflects this difference in height which offers yet another piece of compelling evidence that Michelle is really Big Mike.
Now, Watch Big Mike Transgender Into Michelle in Seamless Transformation. Little did the American people know that the White House occupants during the Obama era were not a heterosexual POTUS and First Lady, but rather a gay POTUS and trans First Lady!
Lastly, watch this highly censored YouTube video, now found only on Rumble, where President Obama Calls Michelle “Michael” During A Major Speech. Does the American body politic need any other evidence that proves it was profoundly deceived by Democrat Party standard bearers Barack Hussein Obama and Michael LaVaughn Robinson?
Editor’s Note:
For the doubters among US, please know that there are several other photos of a young Barack Obama in compromising positions with Michael LaVaughn Robinson, now known as Big Mike. For example, there is this vintage photo: 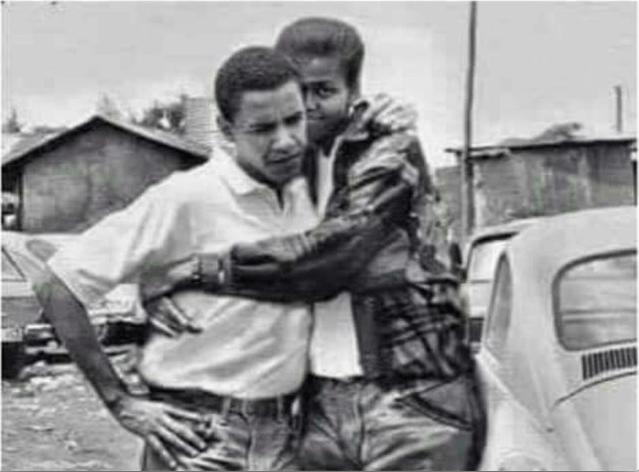 One of the primary reasons that Barack Hussein Obama was unconstitutionally installed in the White House was to declare DOMA (Defense of Marriage Act) unconstitutional.
That single act of Cultural Marxism created the necessary climate for the U.S. Supreme Court to unlawfully legalize gay marriage. Obama’s masters knew that he would gladly push hard for gay marriage because that would legitimize his own. It appears that Big Mike really was Barack’s handler in this matter and many others that proved to irreparably tear the fabric of American society. 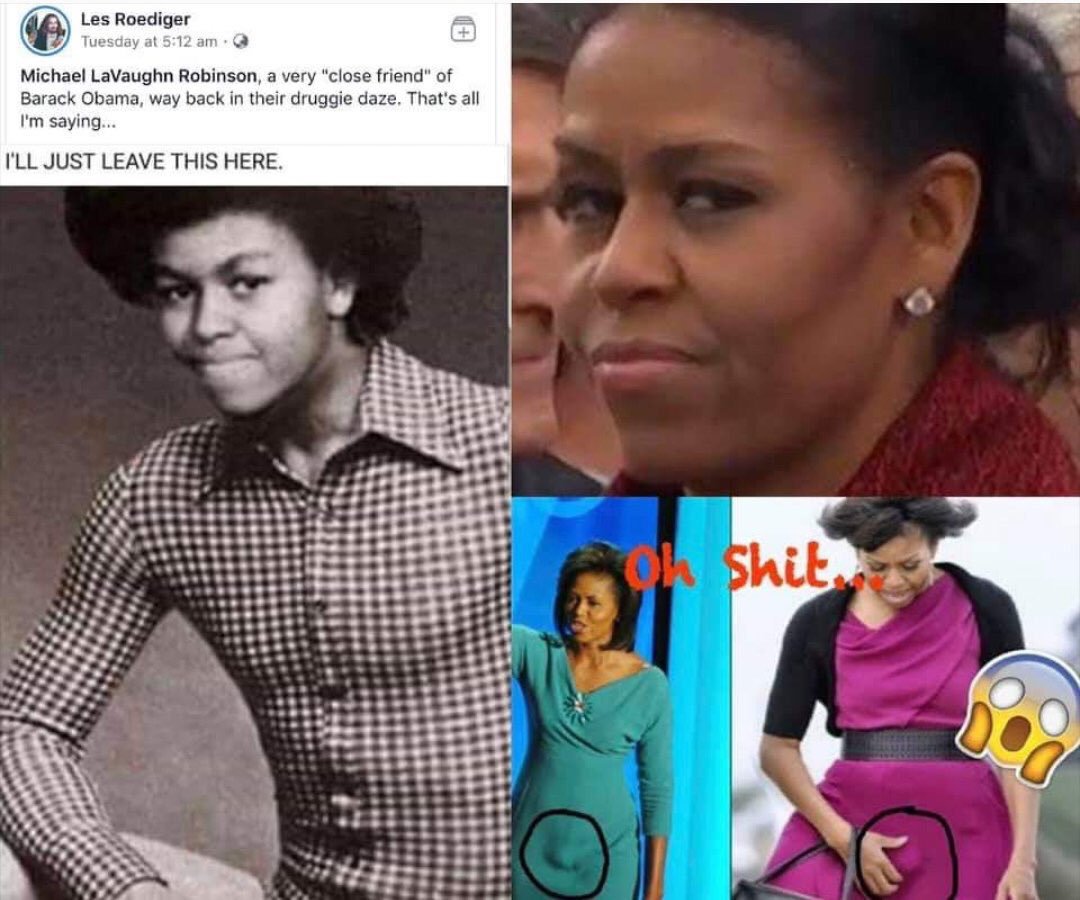 This is why the defining moment for the Obama presidency was lighting up the White House with the LGBTQ rainbow; it represented a great political success for Obama and personal celebration for Big Mike. Which is why Manchurian Candidate Barack Obama was shoehorned into the Oval Office by the New World Order globalist cabal—to collapse the United States of America.
► Viral Content: This Secret Ancient Japanese Tonic Recipe Will Help You Melts 54 LBS Of Fat. Video below: 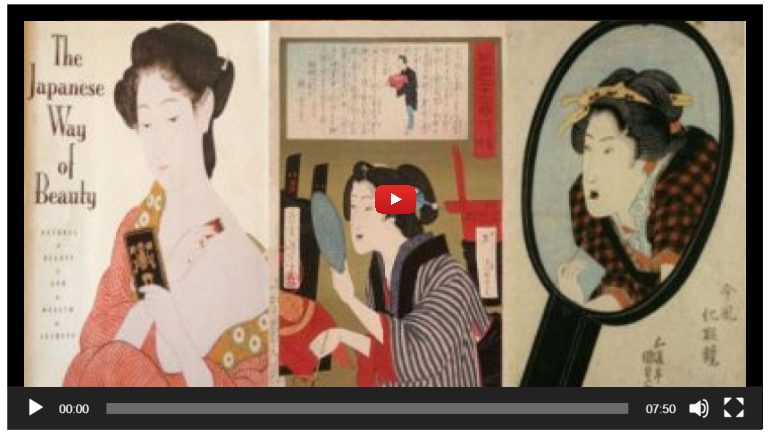 Deep State Satanic NWO Tranny, Also Known As Michelle Obama:
Can you believe there are people out there who still don’t know who BIG MIKE is? This article is designed to give you a clear understanding of who exactly Michael La Vaughn Robinson is.
Rumour has it he will even possibly replace Sleepy Joe Biden on the presidential ticket once they phase him out to due his obvious mental decline and inability to survive a 4 year presidency.
We had Michael’s husband in power for 8 years and the United States is still trying to recover, there is no way we can allow another Freemasonic Luciferian into the White House. If they are willing to lie about something as simple as their gender and sexuality then who knows what else they are willing to deceive the public about…
Must Read: List of Indictments, Arrests and Executions – Dismantling the Deep State Operatives and Doubles.
Here is a collage of the most common pictures demonstrating who Michael is: 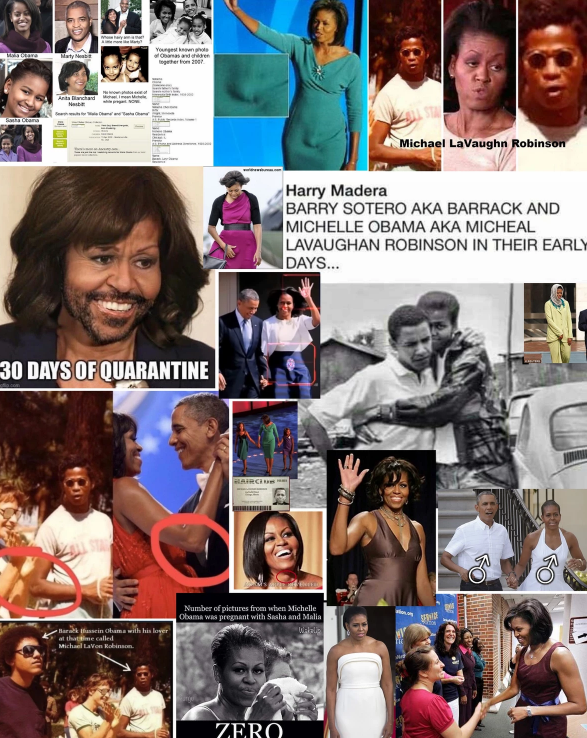 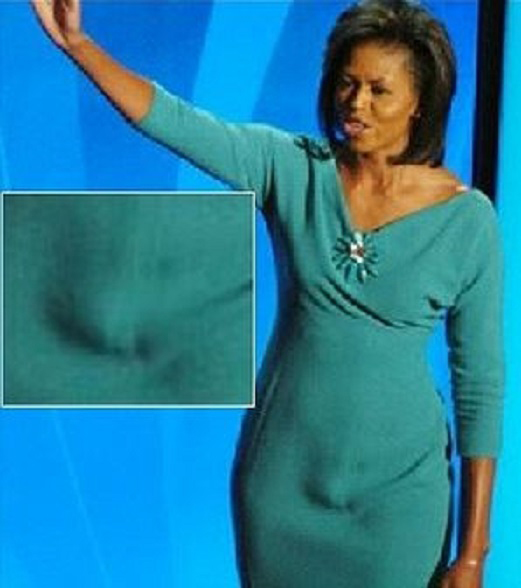 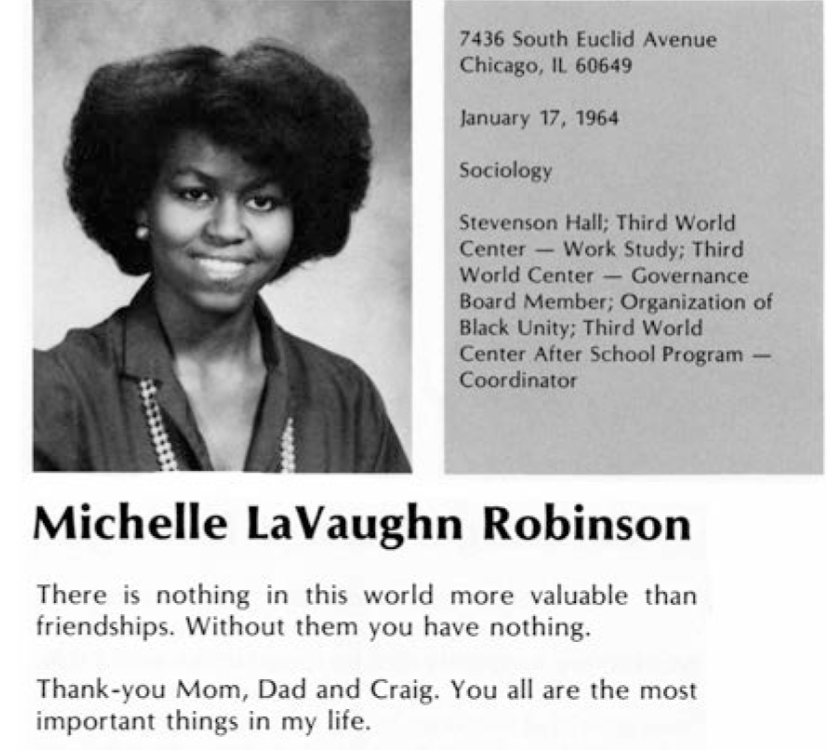 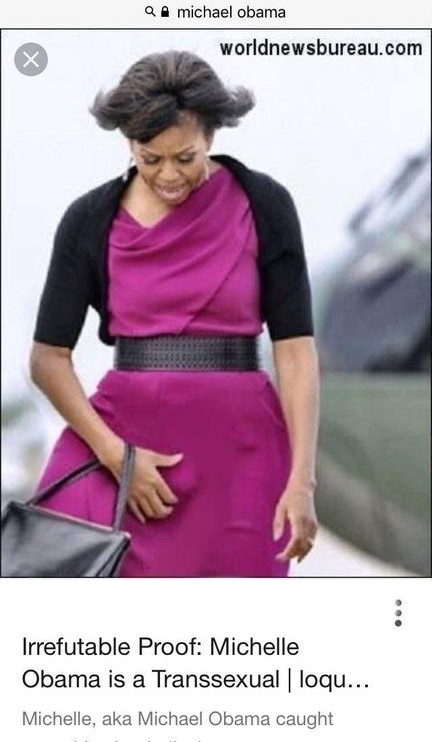 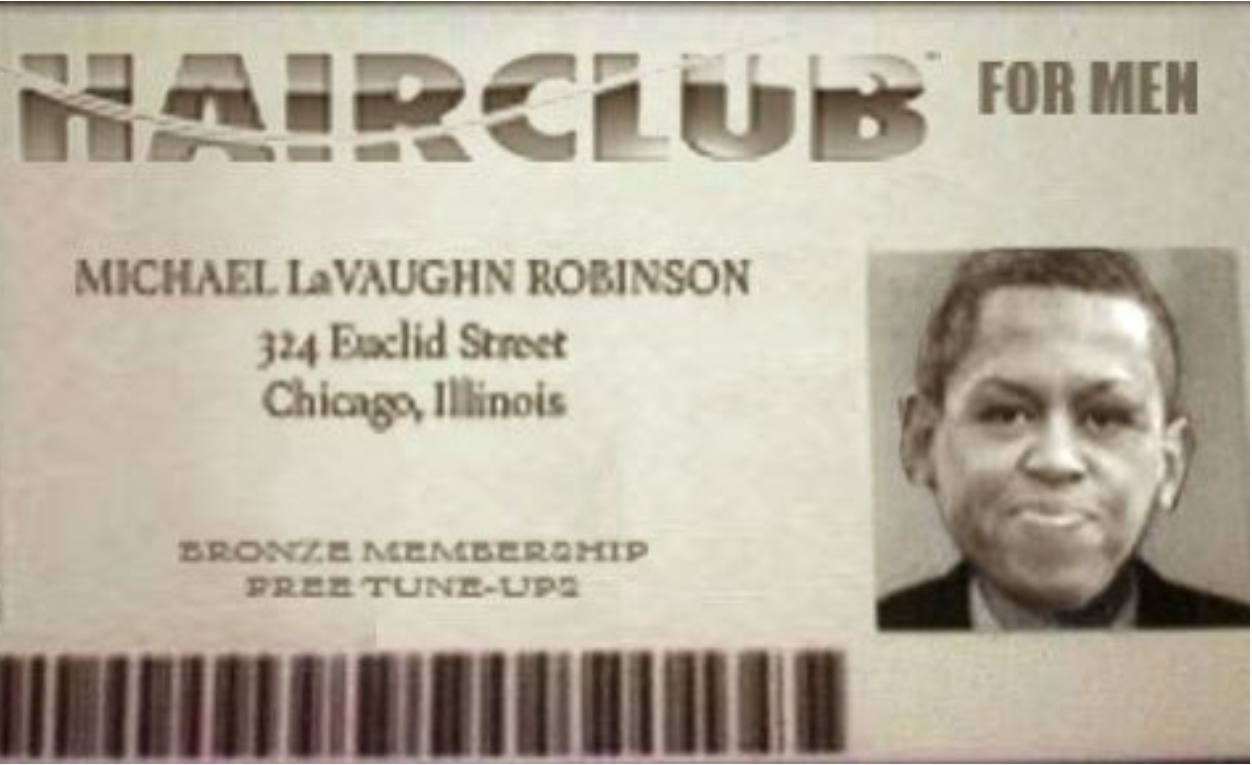 Here is Barack’s half-brother Malik Obama (a QAnon supporter) asking the question “Is Michelle Michael?”
► Reference:  Medieval Lessons: The Most Powerful Natural Painkiller That Works Like Morphine That You Can Make at Home. Watch the video below: 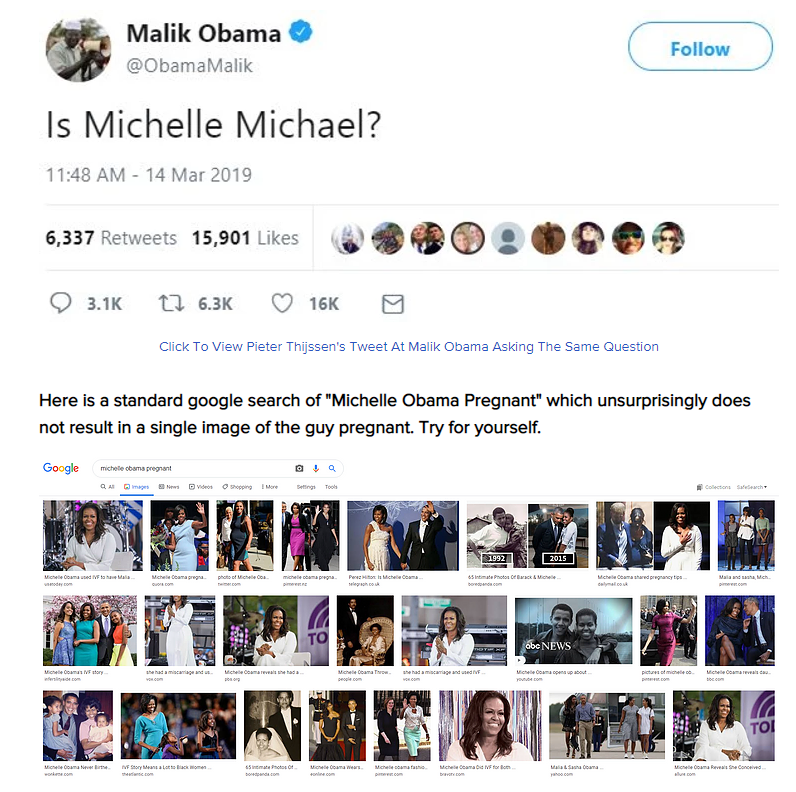 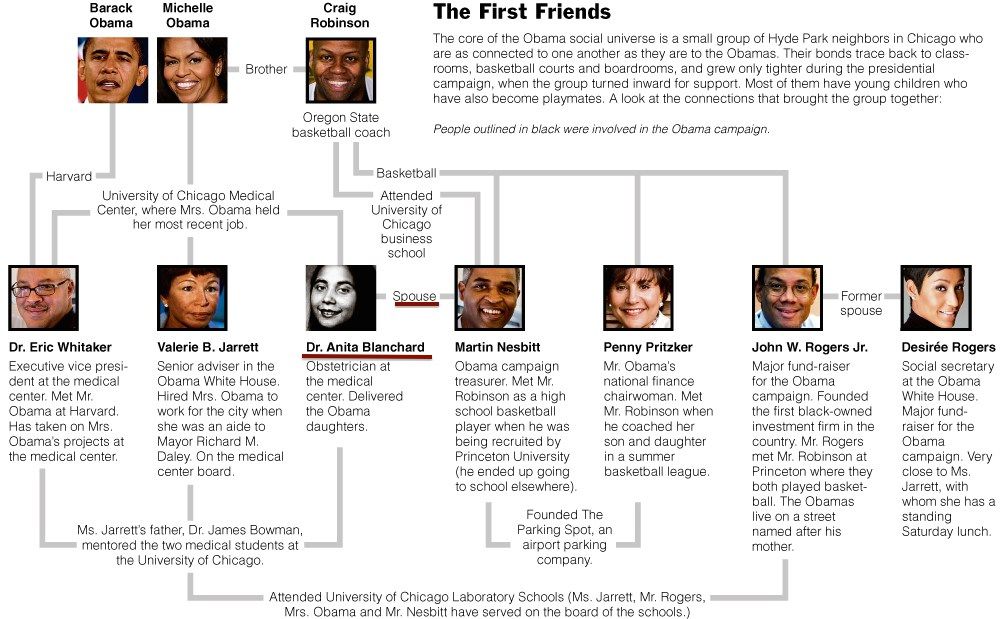 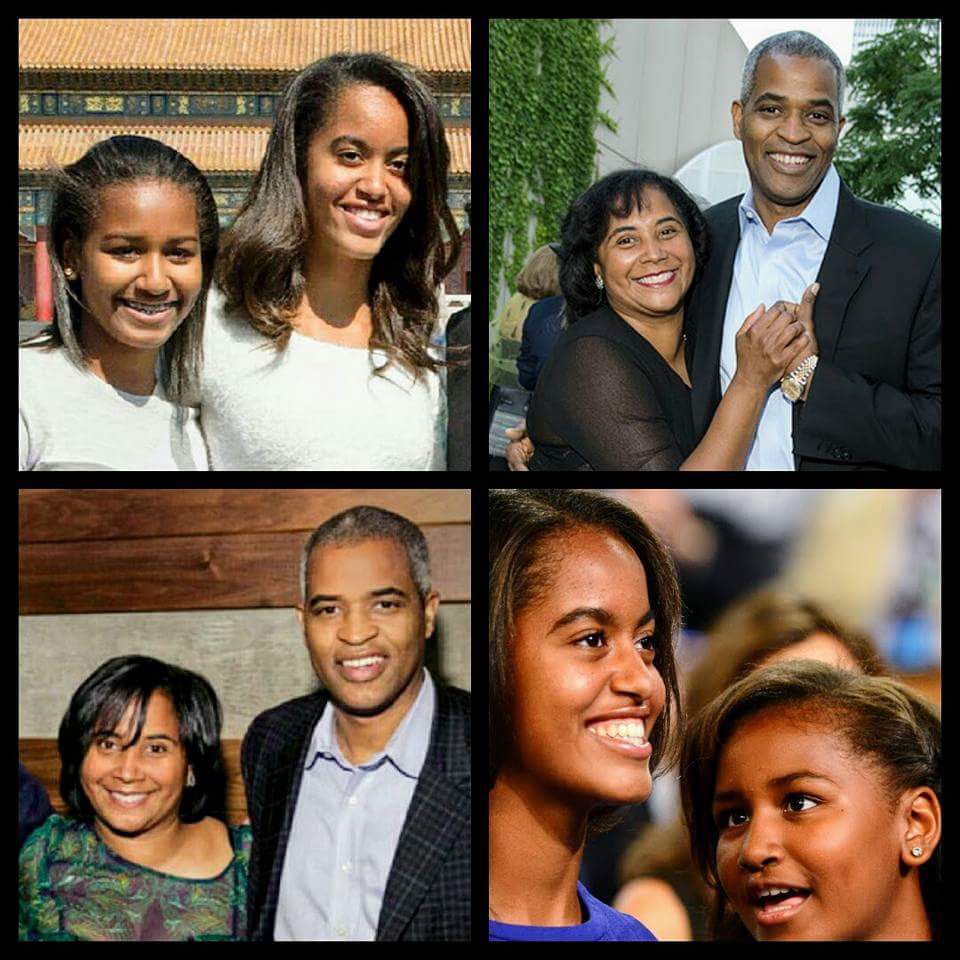 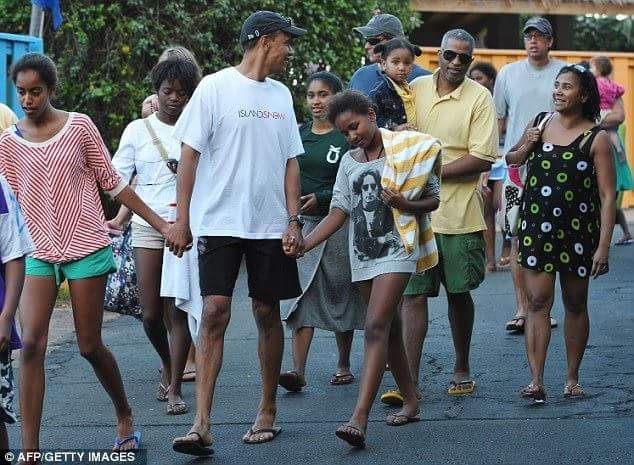