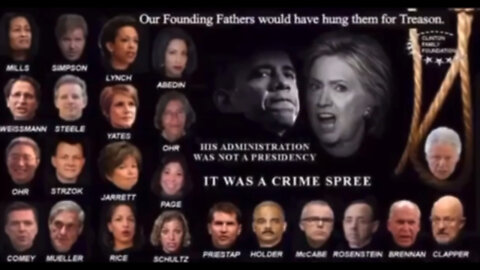 Natural News) Alex Newman of the New American pointed out that U.S. presidents have been endorsing the New World Order for a long time now – with incumbent President Joe Biden being the latest to do so.

Newman revealed this fact during an episode of his program “Behind The Deep State.” He referenced remarks made by the former vice president under the Obama administration. Biden mentioned the goal of a new world order led by the U.S., thanks to “significant opportunities to make some real changes.”

“We are at an inflection point. We’ve established a liberal world order and that hadn’t happened in a long while. And [now is] the time when things are shifting, there’s [going to] be a new world order out there. We’ve got to lead it and we’ve got to unite the rest of the free world in doing it,” Biden said during the March 21 quarterly meeting of the non-profit organization Business Roundtable.

But aside from Biden, his predecessors have been espousing the idea for some time now. Newman cited speeches by former President George H.W. Bush – a Republican – and his Democratic successor, former President Bill Clinton, that mentioned the need for a new world order.

“We have before us the opportunity to forge for ourselves and for future generations a new world order. A world where the rule of law, not the law of the jungle, governs the conduct of nations,” said Bush.

Clinton echoed his predecessor’s words, saying: “It’s a phrase that I often use myself: We need a new world order.”

Newman commented: “This is not a partisan thing. It’s been on both sides of the aisle; the Republican establishment and the Democratic establishment have been fully in favor of this.”

Biden has supported a US-led NWO as early as 1992

The host of “Behind The Deep State” also pointed to a Wall Street Journal (WSJ) op-ed penned by Biden back in the early 1990s. The WSJ print article dated April 23, 1992 was interestingly titled “How I Learned To Love The New World Order,” written back when he was still a senator for the state of Delaware.

“Most Americans, myself included, reject 1930s-style isolationism. They expect to see the strong hand of American leadership in world affairs, and they know that economic retreat would yield nothing other than a lower standard of living.”

Biden also wrote that the U.S. could also bring about this new world order without the need to fire a shot – through economic muscle-flexing.

“Our 21st-century strategy has to be a shade [cleverer] than [Mao Tse-Tung’s] axiom that ‘power comes from the barrel of a gun.’ Power also emanates from a solid bank balance, the ability to dominate and penetrate markets and the economic leverage to wield diplomatic clout.”

However, Newman pointed out that three decades after Biden wrote the article, the incumbent president’s vision of a new world order is not one that is led by the United States.

“In his [recent] speech … at the Business Roundtable [meeting], Biden suggested that America would lead the new world order. He is lying. Right now, the globalist Deep State in the U.S. is busy undermining [the country’s] power, the economy and the military to make way for that they describe as a multipolar world order,” Newman said.

“All the globalist bigwigs have been talking about this and celebrating this process of removing America as the sole unchallenged superpower, and bringing in what they call ‘a concert of governments’ to rule the new world order.”

This video is from The New American channel on Brighteon.com.