State of the Union

The first General Mike Flynn tweet that follows was the
tweet read around the world that literally galvanized the
Patriot Movement to defeat Hillary Clinton.  Now everyone
knows why Deep State operative Peter Strzok recklessly
broke the laws that define FBIgate. 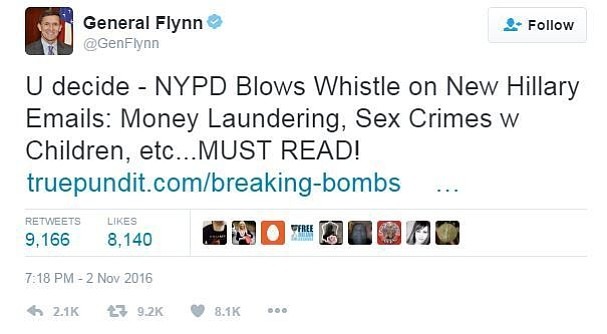 Nice timeline graphic…aka “The Start of ObamaGate”. I would have included Flynn’s role as Dir of DIA from 2012 to 2014 under Obama. Also, time lining June to Dec 2016, when the “fake” Steele Dossier came out…. with the Flynn/Russia case and the Steel Dossier…. it’s obvious that a full blown assault on the President had started with “Russian behind every tree” narrative to work the masses into a frenzy of boiling hate for President Trump. Flynn having been Obama’s administration and unwilling to be a team player is why Obama fired him. Obama’s real “Oh Shit” moment must have been when Flynn joined Trump’s campaign team…. since Flynn knew where the bodies were buried in the Obama administration. Obama had to silence him, frame him and drag Trump into an Orwellian work we see now. ObamaGate makes Nixon’s WaterGate look like an overdue library book by comparison.

In May 2019, U.S. Attorney General William Barr tasked U.S. Attorney John Durham, appointed in 2017 by Trump, with overseeing a review of the origins of the Russia investigation and to determine if intelligence collection involving the Trump campaign was “lawful and appropriate”. At some point in the near future, Durham’s inquiry into the Russia investigation and the release of a House Intelligence Committee report should expose the Obama administration crimes.  Whether any top officials are charged with crimes is doubtful.

Review the following for more details: The Obama Administration’s framing of General Flynn was the start of their failed effort to go after General Flynn and then impeach President Trump. https://www.wnd.com/2020/06/4833135/

Sidney Powell, General Flynn’s lawyer, explains how Flynn was framed by the FBI and how she successfully represented him and got his case dropped. America is very fortunate that Ms. Powell came along when she did. This is a “must see” incredible UTUBE interview of Sidney Powell. https://youtu.be/SHeCSjcTC64

An excellent source of relevant legal information is contained at “Judicial Watch” with Tom Fitton:
https://www.youtube.com/user/JudicialWatch/videos