Finally a president, that is truly for We the People and actually listens to we the people that elected him. that’s the way it’s supposed to work Nancy, Chuck ,McCabe Comey, take your deep state with you when you leave, that includes the doj and your FBI cronies they are bought and paid for take them with you.

Another Saga, of the career corrupt politician comes to an end.

To the Democrats impeachment is a tactic, for repetition of illegal crimes of our President Trump, but they have no evidence and should be sued for defamation of character.

Pelosi reminds me of a hamster running on wheel to nowhere….

House Speaker Nancy Pelosi (D-CA) lied on Wednesday when she told ABC News‘s George Stephanopoulos that House Intelligence Committee Chairman Rep. Adam Schiff (D-CA) “was using the president’s own words” when he read a fabricated account of a phone call between President Trump and Ukrainian President Volodomyr Zelensky during a hearing last week with the acting director of national intelligence.

Okay what Twilight zone have I entered because this is 2x in one week where @GStephanopoulos called out a Democrat for lying. Here he asks Pelosi about Schiff lying about what’s said in the transcript and correcting her when she says it was Trump’s words. 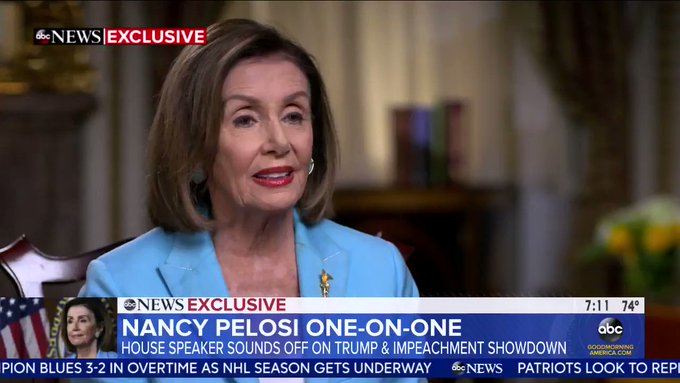 To be clear, Nancy Pelosi doesn’t appear to have a full grasp on what she’s impeaching Trump over.

Schiff compared Trump’s call with Zelensky as a “classic organized crime shakedown” in his opening remarks last week. “Shorn of its rambling character and in not so many words, this is the essence of what the president communicates,” Schiff added, before launching into his fabricated ‘parody’ of the call.

“We’ve been very good to your country, very good,” Schiff says, doing a terrible impression of Trump. “No other country has done as much as we have, but you know what? I don’t see much reciprocity here. I hear what you want, I have a favor I want from you, though, and I’m gonna say this only seven times, so you better listen good. I want you to make up dirt on my political opponent, understand, lots of it.“

In response, President Trump called Schiff a “lowlife” who should “resign and be investigated.”

Rep. Adam Schiff totally made up my conversation with Ukraine President and read it to Congress and Millions. He must resign and be investigated. He has been doing this for two years. He is a sick man!

Rep. Andy Biggs (R-AZ) introduced a resolution censuring Schiff for his remarks, saying in a Twitter video that the California Democrat “read a statement that was blatantly false, had no corresponding evidence, nor relationship to the actual transcript of President Trump’s conversation,” adding “What the chairman did is he read something that was made-up, totally false, and later had to excuse it by saying it was a parody.”

GOP leader Kevin McCarthy, meanwhile, tweeted “Chairman Adam Schiff has been lying to the American people for years. Now he is so desperate to damage the president that he literally made up a false version of a phone call.” 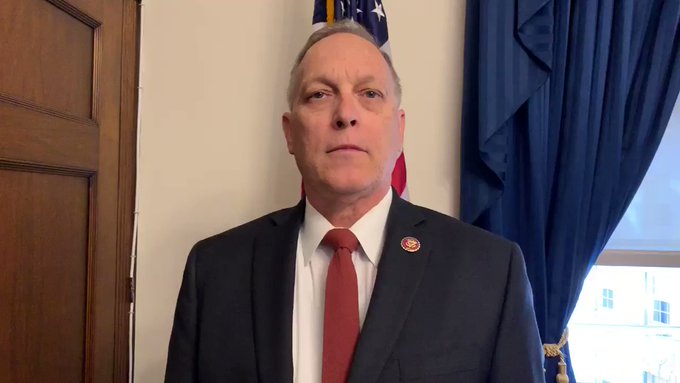 I too have signed onto the resolution to censure Chairman Adam Schiff. Presenting false versions of phone calls in a political attempt to damage @realDonaldTrump is unacceptable and beneath the office to which Schiff was elected. https://twitter.com/GOPLeader/status/1179407035592519681 …

Chairman Adam Schiff has been lying to the American people for years. Now he is so desperate to damage the president that he literally made up a false version of a phone call.

Enough is enough. I have signed a resolution to censure Schiff in the House of Representatives.