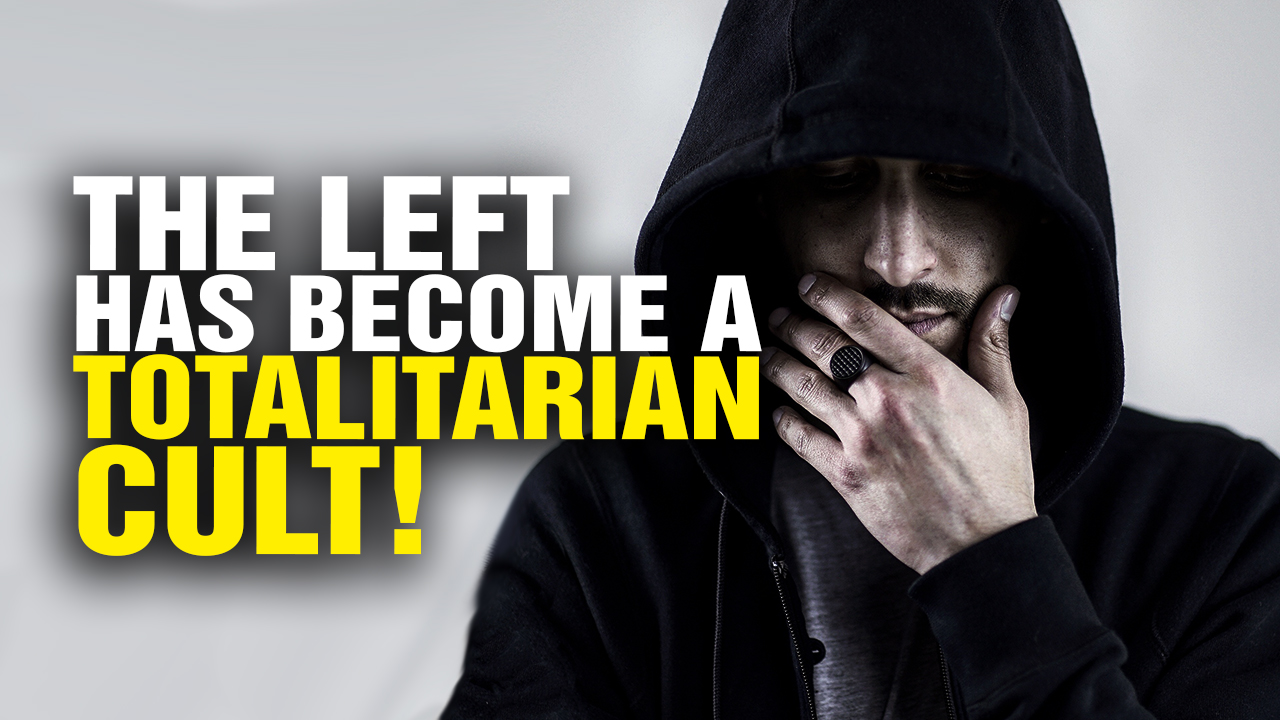 The left is becoming more unapologetically totalitarian every day. Every freedom-loving American should be alarmed.

From hounding conservatives out of restaurants to spitting on Trump supporters at rallies, from firing employees for politically incorrect statements to fining people for “misgendering” a person, the left is on a path toward absolutism.

Even some former and current leftists have recognized this intolerant trend and broken from their colleagues, lamenting their intolerance of opposing ideas and disturbing mission to suppress dissenting opinion.

Just the other day, three incidents typifying the left’s authoritarianism popped out at me as I was surveying the morning news.

The Federalist reported that venues in three North American cities — Toronto, Brooklyn and Portland — canceled screenings of a movie about Canadian psychologist and author Jordan Peterson because of leftist criticism. Peterson exploded onto the scene in recent years with his no-nonsense, brilliant and clear-eyed critique of insane cultural trends, especially those concerning gender.

Peterson’s book “12 Rules for Life” is wildly popular, and there are countless viral videos featuring his encounters with various leftist interviewers, panelists and audience members who have tried and failed to entrap him on a number of issues, and been reduced — in every case — to blundering, ineffectual bullies. If you haven’t partaken of these videos, you owe it to yourself to witness one arrogant leftist after another being gobsmacked by the simple weapon of unadulterated logic. These videos are irresistibly contagious and imminently satisfying for those longing to see intellectually defenseless, virtue-signaling finger waggers brought to their knees through the medium of polite debate.

Peterson, you see, won’t kowtow to the leftists’ demand that we embrace the tenets of gender ideology, which teaches that gender is less about biology and more about personal identification. He refuses to support laws that criminalize one’s failure to use a person’s preferred pronouns, such as “they” instead of “she.”

Peterson has the temerity to say that men and women are biologically different, and that gender is not a fluid, human construct. That doesn’t sit well with the left, who not only insists that we accept its cockeyed ideas as normal but also advocates imposing them on us by force of law.

Can you get your mind around the irony of the left banning a movie about Peterson because he’s dangerous? Who is more dangerous: a person who peaceably expresses an opinion that happens to be supported by thousands of years of human experience and common sense, or those who try to ban his voice or even a movie about it? This is “1984”-level scary, and it’s getting worse by the hour.

On what possible grounds is the left arguing that Peterson’s views are dangerous? He doesn’t advocate violence; he isn’t a rabble-rouser or revolutionary. He simply states his opinion instead of genuflecting to the despotic left.

But they claim that if Peterson’s views are openly expressed, he might convince other people that he’s right, and that could lead to the proliferation of conservative thought. Peterson’s “conservative perspectives on feminism and gender,” according to an opinion piece in The New York Times, “are very popular among young men and often are a path to more extreme content and ideologies.” Think about this. Conservative speech is dangerous because it is a slippery slope to the adoption of conservative ideas? This must be satire. Do these clueless cranks know how ridiculous they sound?

Again, who is more extreme and dangerous: Jordan Peterson, who advocates the silencing of no one and expresses mainstream opinions, or leftists, who are actively trying to censor Peterson?

Please don’t make the reckless mistake of dismissing this crusade against Peterson as exceptional. This is the left’s pattern, and it is becoming more aggressive all the time.

The second and third incidents I came across are further proof that the left is increasingly Stalinist. In the most recent Democratic presidential debate, Sen. Kamala Harris pushed for the suspension of President Trump’s Twitter, speciously alleging that he is trying to obstruct justice and intimidate and threaten witnesses. You see, the left always has some urgent rationale to smother conservative speech — whether it’s to prevent the incitement of violence or obstruction of justice. But it just wants to shut us up.

Those who would silence the other side are the very definition of dangerous. Don’t take Harris’ musings lightly, even if she is mostly posturing to gin up more support from the Trump-hating Democratic base. It is instructive that efforts to muzzle speech almost always come from the left, not the right, because the left is insecure about the popularity of its kooky ideas.

The third incident involved demagogue and former Rep. Beto O’Rourke, who said in a CNN forum on LGBT issues that churches and religious organizations should lose their tax-exempt status if they oppose same-sex marriage. If I have to explain how outrageous this is, the country is in even greater danger than I imagined.

I found these examples in 15 minutes of reading this week. They are everywhere. America was founded on the idea of claiming and preserving our God-given liberties. The illiberal left, which believes our rights and freedoms come from government, is hell-bent on destroying our liberties and forcibly imposing its thoughts and ideas on all of us.