America's Options Beginning in 2021: Americans Will Soon Be Forced into a Guerrilla War of Survival - Can America Win Against the Globalist Occupation Forces? A Must Dave Hodges Video!

Americans Will Soon be Forced Into a Guerrilla War of Survival-Can America Win Against the Globalist Occupation Forces? 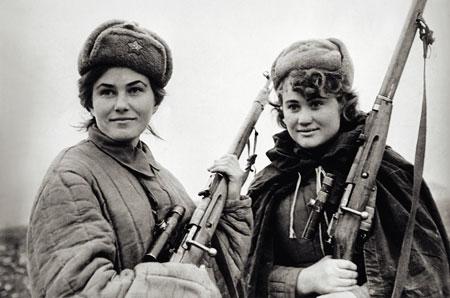 How many of you believe that this country is plunging head-first into a state of revolution? How many of you believe that a planned currency collapse coupled with the implementation of a brutal martial law and gun confiscation will be the trigger events which will incite the coming revolution? In addition, nonsense climate change policies designed to bring America and most Americans to their knees will occur under a Democratic Party leadership. The Democrats are aligned with the UN troops in our country under the Kigali Principles of UN Peacekeeper intervention (ie invasion of the United States). As I have demonstrated, Nancy Pelosi and Beto O’Rourke are aligned with former Mexican President Nieto who took $100 million to leave the Sinaloa cartel alone. In part, I blame the deaths of these 9 American citizens on Pelosi, Eric “Fast and Furious” Holder and Obama. It was their open border, let-the-drugs-flow policies that led to these deaths. These horrific murders are just the beginning of what is coming to both sides of the border. What else can we expect than when we witness Pelosi and O’Rourke hanging out with Nieto?

The exit of California from the Union would devastate our economy and agricultural production. Key Democrats are aligned with this movement. Senators Kamala Harris and Feinstein and Governor, Gavin Newsome, are aligned with the Communist Chinese on a number of fronts. Many Democrats and even some Republicans are being blackmailed by the Epstein operation. I could go on, but the readers know where this is leading. We are a nation that has forsaken its rule of law just like Nazi Germany did in 1932. Adam Schiff is holding Soviet-style hearings with secret witnesses, hearsay evidence and outright liars. This is your judicial future America should the Democrats takeover. We would be witnessing the Obama administration on steroids.

Being a coach and former athlete, I know the feeling of a once-inferior opponent rising up to defeat my team. I know the feeling of underestimating an opponent. I have done that with the Democrats. The Kentucky Governor’s race is proof of what I am saying along with the fact that Texas is turning “blue”. We are all faced with the possibility that the Democrats could be running the country in the next several months. These are Democrats in name only. These individuals are Communists and I am not exaggerating when I say that many are demonically possessed and serve Satan. Then there are radicalized Democrats like AOC and Omar. They run their Congressional offices like a makeshift terrorist organization. They crawled out from underneath the rock we call the “Justice Democrats”. There is nothing that these people will not do to solidify their power. And I have just had the “aha moment” of my life when I have come to the final realization that they and their fellow servants of Satan could be running this country in a few months.

Many of us in the alternative media believe that this is the likely scenario that will very soon turn this country into the most dangerous country on the face of the earth. It might behoove us to look a little closer at the nature of revolution in order to predict where all of this is likely headed. In the present political climate, I see no way to stem the tide of unthinkable brutality and violence which seems imminent. It is in this mindset that I set about to research the topic of revolution and this series of articles reflects the results of the research. And as a result of past and common patterns of revolution, it appears as if a clear picture is beginning to emerge.

We already are in a civil war. The last thing to happen in a civil war is the piling up of bodies. And America, make no mistake about it, the enemy controls the media, the military industrial complex, the stock market and the banks. Guerrilla war will be the only viable form of resistance.

Most military strategists identify four levels of conflict; (1) nuclear war is the trump card of all conflict; (2) conventional warfare; (3) guerrilla warfare; and, (4) terrorism.

It is safe to say that if our country does indeed descend into revolution, nuclear war will not come into play, for if it did, there would be nothing to rule over in the aftermath.

The United States has witnessed civil war of a conventional nature In the 1860′s as two mighty armies of that era locked horns in what proved to be the conflict in which America suffered her greatest loss of life. In the Civil War, both sides had equivalent weaponry and as a result employed conventional tactics. However, given the disparity of technology and resources between the people the globalist controlled forces of the new Democratically controlled government, a conventional war would prove to be a disaster for the rebel forces. If key elements of the military were to break away and support the people, perhaps a conventional war would unfold. However, it is not likely that the upcoming civil war will be conventional as it is not probable that the military will bifurcate and turn in on itself. The likely mode of the revolutionary war conflict facing the people of the United States is that it will consist of either guerrilla warfare or terrorism.

Terrorism is the least preferred option by any insurgent group. With terrorism, there is absolutely no hope of final victory because territory is never occupied. For that reason, nobody aspires to engage in terrorism if they have a viable alternative and the American people do have a choice given how well armed we are. However, terrorism arising out a defeated guerrilla force is a distinct possibility as it would represent American guerrilla’s fallback position should they be defeated. Subsequently, does the MIAC Report which labeled Libertarians, Constitutionalists, Second Amendment Supporters, Ron Paul Supporters, Veterans and now Christians as domestic terrorists, make a little more sense as to why DHS made these bold proclamations? The DHS of the Obama years understood and demonstrated their understanding of these facts and has also prepared for what I just wrote about in the previous paragraph. Hillary was to be 2016 recipient of Obama’s work, but Donald Trump happened.

The Veterans Administration estimates that there are approximately 21.5 million veterans living in the United States. We also live in a country with over 300 million privately owned guns. These combined factors point clearly to a guerrilla war being the preferred and necessary mode of combat which will likely be visited upon this country.