Democrats and the media are working overtime to convince the American people that releasing the name of the Ukraine whistleblower will put his life in danger from those on the right. But actually, conservatives are the ones who want him alive to testify. If the Ukraine whistleblower’s life is in danger at all, it’s from those on the left. Why? Because he’s the key that holds all their secrets together. He knows of all the corruption done in Ukraine by Joe Biden, President Obama, James Comey, John Brennan, Adam Schiff, and more. He knows everything about Fusion GPS, Hunter Biden, and Burisma. So, if any group wants the whistleblower gone, it’s those on the left. This whistleblower is in the same spot as Al Capone’s accountant was decades ago. And it’s not a good spot to be in.

For those readers who care more about Donald Trump, Obama’s legacy or the Republican/Democrat parties rather than the Rule of Law and what remains of the US Constitution, the following scenario should be a Giant Wake up Call. 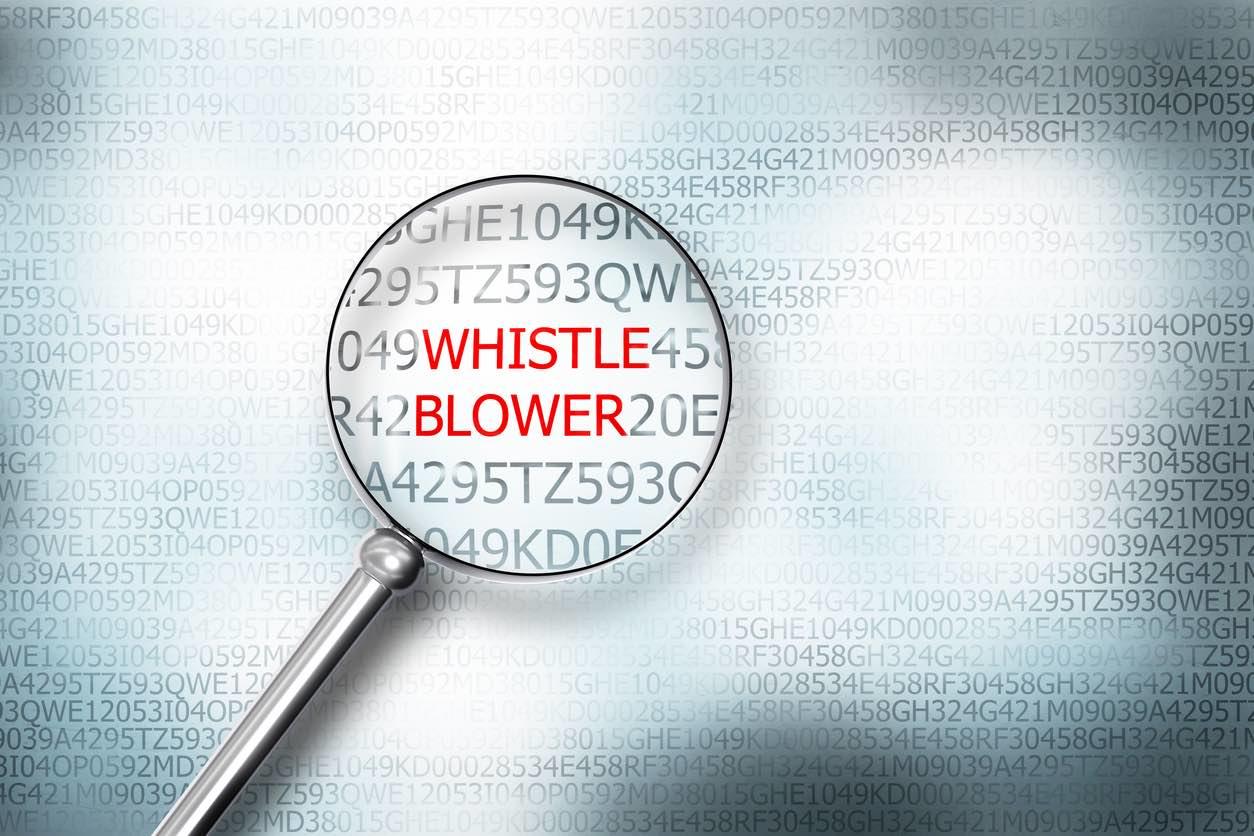 As the result of an anonymous “whistleblower” Complaint filed against President Trump on August 12, the House Intel Committee conducted a series of closed door hearings that violated Sixth Amendment protections while relying on an anonymous WB.

Right away, those hearings morphed into an impeachment inquiry that took on the spectacle of a clumsy kerfuffle not to be taken seriously – except they were.

There is an essential Ukraine backstory which began with the US initiating the overthrow of its democratically elected President Yanukovych in 2014.

I would like you to find out what happened with this whole situation in Ukraine; they say Crowdstrike.  The server they say, Ukraine has it<.”

In a nutshell, possession of the CrowdStrike server is crucial to revealing the Democratic hierarchy’s role in initiating Russiagate as the Democrats are having a major snit-fit that now threatens the constitutional foundation of the country.

On October 31st the House voted to initiate a formal impeachment inquiry based on  still mysterious Whistleblower’s allegations. At the time, there was still no confirmation of who the shadowy Whistleblower was or whether a Whistleblower even existed.

It is a fact that most whistleblowers bring the transgression proudly forward into the public light for the specific purpose of exposing the deeds that deserve to be exposed.  At great personal cost, they then provide a credible case for why this offense is illegal or a violation of the public trust and deserves to be made public.

This alleged WB, however, defies the traditional definition of a WB who most often experiences the wrong-doing first hand and from a personal vantage while revealing said wrong-doing as a function within an agency of their employment.

This WB’s identity has been protected from public disclosure by TPTB, shrouded in mystery and suspicion as if fearful of public scrutiny or that his ‘truth’ would crumble under interrogation and not be greeted with unanimity.  What is clear is that this WB had no direct experience but only second-hand knowledge of events which is defined as ‘hear say’ evidence. While inadmissible in a Court of law, why should ‘hear say’ be allowed when the subject is as profound as impeachment of a President?

Real-life CIA whistleblower Jon Kiriakou who served 22 months in prison, suggested this “whistleblower is not a whistleblower but a anonymous CIA analyst within the Democratic House staff.”  When was the last time a real whistleblower was ‘protected’ by the government from public exposure.

There has been no explanation as to why this informant’s identity is necessarily been kept secret – and not just from the public but from Members of Congress especially as Republican Members have been unable to question him.

There has been no further information regarding a second “Whistleblower” who allegedly came forward to corroborate the first WB although why it is necessary to corroborate that which has already been publicly revealed remains questionable.

In a once unimaginable example of CIA–Democratic collusion,  it turns out that the identity of the alleged WB is not such a secret after all.

Far from the public eyes of Americans, there has been a coordinated effort to stifle any exposure of his identity; presumably to prevent any revelation of the underpinnings of exactly how this convoluted scheme of malfeasance was organized.  And as his name and political history within the Obama Administration and Democratic party are publicly scrutinized, it makes perfect sense why the TPTB would prefer to prevent public hearings or keep the WB’s identity under wraps.

His identity should have been public knowledge weeks ago and yet it took Real Clear Investigations, an alt-news website to publicly reveal what has been well known within the DC bubble for some weeks.

The answer to the title question is that this WB is instead a very well connected partisan lackey and CIA operative.

The alleged WB is said to be a 33 year old CIA analyst by the name of Eric Ciaramella who was an Obama White House holdover at the National Security Council until mid 2017.

Consequently, he has deep partisan ties to former VP Joe Biden, former CIA Director John Brennan and former National Security Advisor Susan Rice as well as the DNC establishment.  And here’s where it get especially interesting; Ciaramella specializes in Russia and Ukraine, is fluent in both languages, ran the Ukraine desk at the Obama NSC and had close association with  Ukrainian DNC hyper-activist Alexandra Chalupa.

Ciaramella’s bio reads like a litany of the political turmoil that has consumed the nation for the last three years as it is reported that he had a role in initiating the Trump-Russia collusion conspiracy while at the Obama White House and worked with Biden who was the Obama point-person on Ukraine issues in 2015 and 2016 when  $3 billion USAID funding was being embezzled.

Clearly, Ciaramella has a wealth of information to share regarding the Biden Quid pro Quo scandal which is currently being muzzled by the corporate media.

With Ciaramella’s identity revealed, a former NSC staffer who was present during the Trump-Zelensky July 25th conversation testified that he saw nothing illegal in the talk.  Tim Morrison told the House Intel Committee that “I want to be clear, I was not concerned that anything illegal was discussed” and that the transcript of the call which was declassified and released by the White House  “accurately and completely reflects the substance of the call.”

As a result, Ciaramella is now refusing to publicly testify before the House or Senate Intel Committees.

More recently, Mark Zaid, attorney for Ciaramella has said that his client would accept written questions from Republicans on the House Intel Committee and that his client “wants to be as bipartisan as possible throughout this process while remaining anonymous.”

Seriously?  He’s got to be kidding.

Did the reality of being required to testify in public just recently dawn on Ciaramella or was he not expecting that his every word and utterance would be scrutinized before the entire world?  Is he so unfamiliar with the Sixth Amendment that he believes a Defendant’s right to confront his accuser should not apply to him or in a Presidential impeachment inquiry?

Did he actually believe he could make anonymous impeachment accusations against the President of the US without a ripple or without having to directly face questions from House and Senate Republicans?  Who did he think would protect him from public scrutiny?

Given Ciaramella’s extensive partisan history since 2015 and his national security experience with Susan Rice in the Obama White House, it will be interesting if he receives a mention in the IG report on the abuse of FISA warrants and whether Ciaramella’s name has moved to the top of the Durham interviewee list.