Please Dems, Help Biden With His Nomination! We Need a Good Laugh, Creepy Joe Does It Again, A Must See Video: Capt. Dave Bertrand, Ret. 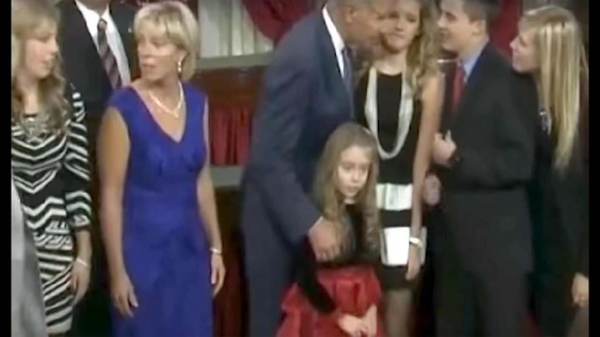 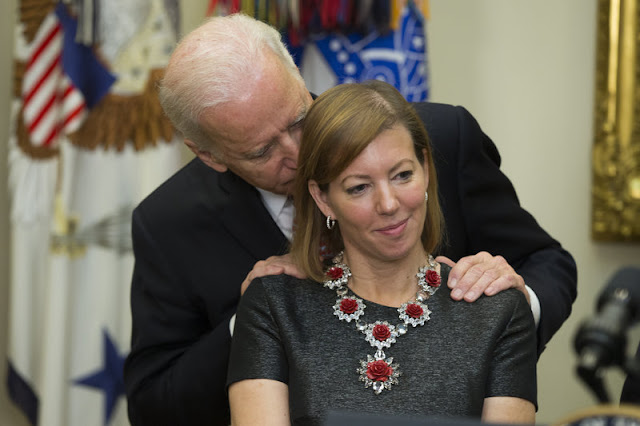 When we thought the Democrat Communist Party [presidential] candidates, or the Schiffty bunch, were completely out-of-their-minds with absolute B.S., the one and only…Creepy Joe Biden gives us [pause] and enjoyment with his latest and most outrageous statement thus far !

Who in their right-mind would tell his followers, during a LIVE event, that he “enjoys children jumping on his lap,” but wait…..it gets better !

Creepy Joe Biden likes children to run their hands up and down his hairy blond legs and thrilled to see their faces respond when the hair on his legs rises. Don’t believe it?? Watch the video….

Biden is a closet case pedophile, openly discussing a very sick and demented act, not to mention the many videos of his [closeness] with young girls that drives the parents nuts, or his actions on stage, fondling their hair and caressing their necks.

Is it any wonder why Hussein Obama refuses to endorse this idiot?

Biden’s about to face the music soon with his backroom deals in Ukraine when he was Vice President.

Financial records will be presented soon before the Senate, and both he and his son Hunter…including John Kerry will have to answer some very damaging questions.

President Trump had every legal right (under the Constitution) and described in a treaty between the U.S. and Ukraine, to “look into the ‘Crowd Strike’ (Biden & Burisma) dealings” and has NOTHING to do with “Trump trying to derail Biden’s candidacy,” but has everything to do with the Obama Administration et al.

If only the Dems could help Joe Biden into the nomination, the show would be priceless and fun.

The Democrat Communist Party are destroying themselves, and is the reason why Bloomberg is buying into the campaign, but  Americans on November 4th, 2020 will decide if America should a Socialist / Communist nation, or a free and sovereign country where dreams only come true because of hard work and entrepreneurial ambition.

Bloomberg is a globalist and globalism is based-on a Communist / Socialist ideology with an eventual one world leader under the United Nations. Karl Marx and Hitler had that same vision…..

Just over a couple months out from the Feb. 3 Iowa caucuses and Joe Biden’s campaign continues to implode at an accelerated rate — and perhaps his mind too — as his officially named ‘No Malarkey!’ Iowa bus tour continues (it’s not The Onion, that’s really the campaign slogan).

And now a ‘rediscovered’ viral video clip of Biden rambling at a previous speaking event is so bizarre and enters a whole new level of creepy that it’s put renewed spotlight on the question of Crazy Uncle Joe’s potential senility. It simply has to be seen to be believed. Surrounded by children, he goes on a free-flowing monologue about his hairy legs and how kids used to rub them to watch the “blond” hair pop up again. What?!?…

“The kids used to come up and rub my legs. And then jump on my lap. I loved the kids jumping on my lap.”

He then randomly transitions to learning “all about roaches” but quickly gets the story back on track:

“The men, who are now all men… and they’re all guys at the time, they’re all good men,” he nonsensically continues.

It’s a new to surface segment from the prior epic Corn Pop episode he recounted about his time as a life guard at a public pool in Delaware in the 1960s.

Biden’s story of the unbelievable encounter with a gang leader named ‘Corn Pop’ had previously surfaced and drove headlines back in September, but apparently the even weirder hairy legs and “I loved kids jumping on my lap” segment was little commented on at the time.

Meanwhile, things in Iowa are now getting weird as well, per the NY Post on Saturday:

She must have looked good enough to eat.

A jovial Joe Biden nipped his wife Jill’s finger onstage Saturday at a rally in Council Bluffs, Iowa, as she introduced him at the first stop of an eight-day, 800-mile road trip through the first-to-caucus state.

Well at least it was his own wife’s finger he nibbled on, and not a campaign staffer’s or young supporter’s or a random stranger’s.

The more local campaign events Biden speaks at, the more likely it is that we’re about to witness weirder and weirder behavior from the Democratic front runner.

According Bloomberg Biden is in danger of a “humiliating loss” in Iowa due to a “poorly organized operation, but clearly judging by the above off-the-cuff clip that might be the least of his worries:

Joe Biden risks a humiliating third- or fourth-place finish in Iowa early next year, according to nearly a dozen senior Democrats in the state who attribute the prospect to what they see as a poorly organized operation that has failed to engage with voters and party leaders.

With fewer than 100 days until the Feb. 3 caucuses, Biden is failing to spend the time with small groups of voters and party officials that Iowans expect and his campaign’s outreach has been largely ineffective, according to 11 senior Democrats in the state. That could send Biden to a crippling loss behind Elizabeth Warren and Pete Buttigieg, who have highly organized campaigns in Iowa, said the Democrats, most of whom requested anonymity to speak candidly about the campaign.

And action needs to be taken say Democrat insiders:

“I think it’s fair to say if action isn’t taken soon, you’re going to find that a person who was 7 or 14 points behind Biden will be breathing down his neck or actually ahead of him,” said Kurt Meyer, chairman of the Mitchell County Democratic Party. “There’s still time because the caucuses are not on Oct. 27, but action needs to be taken.”