After the nonprofit Southern Poverty Law Center (SPLC) in Montgomery, Ala., fired its founder Morris Dees and publicly admitted that he mistreated people—reportedly on the basis of race and sex—we wrote last June about how some embarrassment surrounding that which occurred there should probably be shared by other organizations who relied on the discredited group’s work for longer than they should have. At the time, these groups included GuideStar, Charity Navigator, and the Amalgamated Foundation—which purport to provide information that can be used to evaluate the quality of nonprofits, like SPLC.

Daily Caller News Foundation senior investigative reporter Peter J. Hasson’s new The Manipulators: Facebook, Google, Twitter, and Big Tech’s War on Conservatives reminds us of yet others who should perhaps share in the embarrassment, as well. 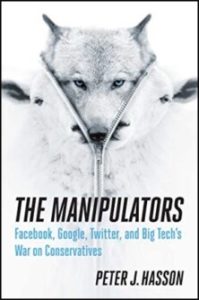 For many years, as Hasson overviews, the high-profile SPLC has liberally used its “hate-group” and “extremist” designations to unfairly label conservative groups and individuals, as it was engaging in questionable financial practices and fundraising tactics. After Dees’ departure, public scrutiny was more widely brought to bear on its behavior. 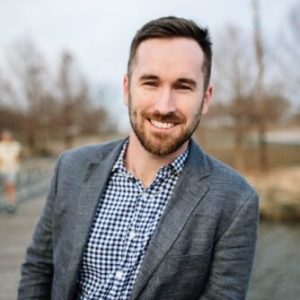 As part of that scrutiny, more than a few former SPLC employees and journalists from the Montgomery Advertiser reported that SPLC’s longtime tacit acceptance of Dees’ behavior was always something of an open secret. After the scandal, SPLC retained attorney and onetime Michelle Obama chief of staff Tina Tchen, to conduct an investigation into what had been going on there. The work of Tchen—who many believe tried to influence the Cook County (Ill.) State’s Attorney earlier last year to drop 16 felony charges of disorderly conduct against Jussie Smollett for his fraudulent allegation of a racist, anti-gay attack—has not been open. There has been no “Tchen report” (or summary of one) released by SPLC, at least as of this writing.

“The SPLC is a once-respected discrimination watchdog that has long since devolved into a smear-mongering fundraising mill,” according to Hasson, and now often assists Big Tech campaigns to police speech.

“The SPLC routinely smears conservatives and other critics of left-wing identity politics because that’s how the group makes money,” he observes. “Ultra-wealthy leftists write massive checks to the SPLC to demonstrate their wokeness because the SPLC is to identity politics what Planned Parenthood is to abortion.” In fact, “SPLC’s fear-mongering is a lucrative operation, and one that’s tax-exempt to boot. The SPLC has more than $400 million in assets, including a cool $90 million stashed in offshore funds”—a number that The Washington Free Beacon reports is now $162 million.

“Despite all this, Google still uses the SPLC to help police hate speech on YouTube as part of YouTube’s ‘Trusted Flagger’ program,” Hasson writes.

The SPLC and other third-party groups work closely with YouTube’s employee’s to crack down on “extremist” content in two ways. First, the flaggers are equipped with digital tools allowing them to “mass flag” content for review by YouTube personnel. Second, the groups act as guides to YouTube’s content monitors and engineers who design the algorithms policing the video platform. Google helps fund the SPLC as well, including $250,000 it gave the group in 2016 to promote “inclusion” and sponsor “a total redesign of [SPLC’s] Teaching Tolerance website to ensure teachers can more easily access and integrate the content into their lessons.” [Brackets in original; all endnotes omitted]

Amazon grants the SPLC broad power over its Amazon Smile charitable program, which allows customers to identify a charity to receive 0.5 percent of the proceeds from their Amazon purchases. Customers have given more than $8 million to charities through the program since 2013, according to Amazon. Only one organization both participates in the Amazon Smile program and gets to determine who else is allowed to join: the SPLC. “We remove organizations that the SPLC deems as ineligible,” an Amazon spokeswoman told me in May 2018. Amazon grants the SPLC that power “because we don’t want to be biased whatsoever,” she said, though she couldn’t comment on whether Amazon considers the SPLC to be fair and unbiased.

Expectations, and Extrication or Embarrassment

One might think it worth the while to suggest that Huang should try returning SPLC to its once-respected status. If so, such should certainly be done with very low expectations. Realistically, moreover, one should perhaps also have little confidence that Google, YouTube, or Amazon would extricate themselves from the discredited SPLC.

They should, however—or share in the embarrassment surrounding it, along with so many others.

This article first appeared in the Giving Review on May 12, 2020.