This is interesting, however, I’m actually going to take a ‘climate change’ road on it

Poll: Up to 94 Percent of Americans Want Economic Nationalist Overhaul in Wake of Chinese Coronavirus Crisis 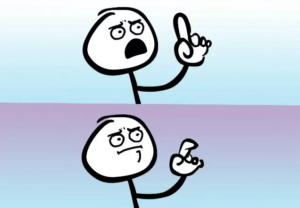 Up to 94 percent of American voters say they want an economic nationalist overhaul of the United States’ economy in the wake of the Chinese coronavirus crisis, a survey reveals.

A survey conducted by FTI Consulting finds that American voters overwhelmingly want economic nationalist policies implemented — including more tariffs on foreign imports, mandatory country-of-origin labeling, and a requirement that goods be made in the U.S.

In total, about 66 percent of Americans support increasing tariffs on foreign imports while only 34 percent want more free trade agreements between the U.S. and other countries.

About 94 percent of Americans said they support requiring labels on each product that indicates all of the countries where the product was designed, manufactured, and assembled and indicates what percentage of the product was made in each country. Only six percent oppose the requirement.

Most labels already have nation of origin. Regardless, the point of implementing tariffs is not to increase the cost of goods here in the U.S., but to sway other nations to remove their tariffs on U.S. goods.

I will say, though, that much like with ‘climate change’ policies, I’m betting this is more of a theoretical issue vs in practice. Meaning that people will say now that they are willing to pay more rather than actually willing to pay more. They might go for 5-10% more. Maybe even up to 20% more, depending on what they are buying, for products made in the U.S. More than that? Doubtful. Are they willing to pay 20% to 100% more for that “domestic” vehicle that is actually made in Mexico or Canada? How about doubling the cost of a new TV or smartphone?

Just remember, what Trump wants is not increased prices, but China and other nations to open their markets for American goods. A level playing field.


Source: https://www.thepiratescove.us/2020/05/25/poll-shows-large-majority-willing-to-pay-up-to-100-more-for-economic-nationalism/
Before It’s News® is a community of individuals who report on what’s going on around them, from all around the world.