Whomever the Democrats get to replace these police officers should be required to be unarmed, since Democrats are anti-2nd Amendment, and want to use the notion of “gun violence” to disarm average Americans in their draft 2020 platfrom 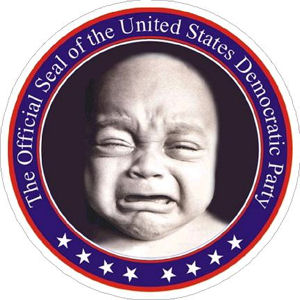 More than 100 law enforcement agencies have reportedly pulled out of security agreements to send personnel to help with security at the Democratic National Convention next month in part because they are concerned about recent efforts to limit law enforcement’s use of tear gas and pepper spray in responding to violent riots.

Milwaukee Police Chief Alfonso Morales was ordered last month to change the department’s policies to ban the use of tear gas and pepper spray.

“Since the Milwaukee order was issued, more than 100 law enforcement agencies in Wisconsin and across the country decided against coming to Milwaukee, Morales told WTMJ-TV on Tuesday,” the Associated Press reported. “They were concerned with directives placed on the police department, including not allowing tear gas or pepper spray, he said.”

In Wisconsin, Franklin Police Chief Rick Oliva said, “It is apparent there is a lack of commitment to provide the Milwaukee Police Department with the resources it needs to ensure the safety of peaceful protesters, attendees, citizens and police personnel. I can not send personnel if they are not properly equipped or will not be allowed to engage in appropriate actions which would ensure their safety.”

What do Democrats expect police officers to do, use harsh language?

Waukesha Police Chief Daniel Thompson responded by indicating that his department would not be sending officers to event, saying, “I understand that use of chemical irritants and pepper spray is serious and those are to be used only when legally justified. But when you take that out of the continuum that doesn’t leave the officers much other than getting harmed or using deadly force and that’s not good for any officer or the public.”

And, you know there will be plenty of violent Democratic Party voting “protesters” on hand, just like these same unhinged Democrats will be at the RNC. Why would police want to put themselves in harms way with little recourse to protect themselves? Especially when there will be plenty of rants during the DNC against police officers, calls to defund them, calls to prosecute them, and calls to remove legal protections. Their draft platform (page 32) has the federal government essentially controlling local law enforcement. And make it damned impossible to do their jobs. And restrict use of deadly force to make it almost impossible for officers to protect themselves.

It’ll be interesting to see how many police officers actually work the event in total.