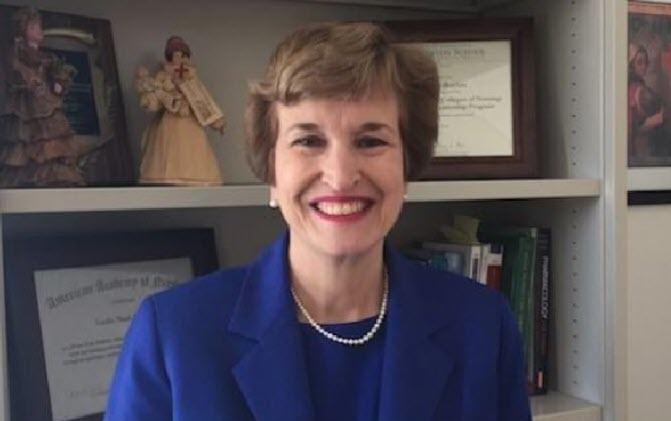 We have been discussing the growing fear of professors and students over the loss of free speech on campuses for years, but recently those concerns have been greatly magnified with the investigation or termination of professors for expressing opposing views about police abuse, Black Lives Matter movement or aspects of the protests following the killing of George Floyd.  There is a sense of a new orthodoxy that does not allow for dissenting voices as campaigns are launched to fire faculty who are denounced as insensitive or even racist for such criticism.  The most recent controversy involves the recently installed University of Massachusetts-Lowell Dean of Nursing Leslie Neal-Boylan. Dr. Neal-Boylan had only been in her position for a few months when she was fired. The reason, according to many reports, is that she sent an email on June 2 to the Solomont School of Nursing on the recent anti-racism demonstrations across the country that include the words “everyone’s life matters.”

As a blog dedicated to free speech, it has been difficult to keep up with the rising number of cases of the curtailment of speech or academic freedom on our campuses.  What is equally alarming is the relative silence of most faculty members as individual professors are publicly denounced by their universities, forced into retirement, or outright terminated for expressing dissenting views.  This case however raises an equally serious concern over the loss of due process for academics who find themselves the focus of a campaign for removal — or simply summary dismissal.

Dr. Neal-Boylan was heralded last September as a “visionary leader” by the university in taking over the deanship.  Her writings include strong advocacy for those with disabilities in the nursing field. Those writings show tremendous empathy and concern for inclusivity in the profession.

This controversy began when Dr. Neal-Boylan wrote the email which started with the following words:

“I am writing to express my concern and condemnation of the recent (and past) acts of violence against people of color. Recent events recall a tragic history of racism and bias that continue to thrive in this country. I despair for our future as a nation if we do not stand up against violence against anyone. BLACK LIVES MATTER, but also, EVERYONE’S LIFE MATTERS. No one should have to live in fear that they will be targeted for how they look or what they believe.”

One can understand that many felt that the statement detracted from the need to focus on the treatment and loss of black lives. However, one can also read these words as a nursing dean expressing opposition to all violence.

However, the email was immediately denounced in a tweet as “uncalled for” and “upsetting”  by “Haley.”  The university quickly responded to Haley and said

“Haley – Thank you for bringing this to our attention. The university hears you and we believe black lives matter. See the letter the chancellor sent out Monday.”

“The university ended the employment of Dr. Neal-Boylan on June 19 after 10 months in her role as dean of the Solomont School of Nursing. As with all such decisions, it was made in the best interest of the university and its students.”

What is particularly concerning is a June 19 letter referenced on the site that was allegedly written by Neal-Boylan and sent to Provost Julie Nash. The letter states

“It is important to point out that no one ever gave me an opportunity to share my views of how the college and school were interacting nor explain myself regarding the BLM email. My meeting with you, [Dean] Shortie [McKinney], and Lauren Turner was clearly not intended to give me an opportunity to defend my actions. I was condemned without trial.”

The statement from the university does not state what specifically is “in the best interest of the university and its students.”  However, the failure to specifically state the grounds and the process used to reach the decision is alarming.  The University let the public record stand — and the view that Dr. Neal-Boylan was fired for expressing the view that “Black Lives Matter, but also Everyone’s Life Matters.”

What is “in the best interest of the university and its students” should include free speech and due process.  The mere fact that we do not know if Dr. Neal-Boylan was afforded either right is chilling.  If there were other grounds against her, the university should state so.  Instead, the clear message to faculty is that the dean was fired for expressing concerns over the loss of lives across the country in these protests.

I can understand the sensitivity to those who feel that the inclusion of other lives tends to take away the focus on the need for action on the treatment of African-Americans in our society.  However, it is possible that, as a leading health care figure, Dr. Neal-Boylan was speaking out to seek to end all violence in the protection of human life.  Medical and health care professionals tend to oppose all loss of life and violence.  The question is whether an academic should be able to express such a view and, equally importantly, whether there is a process through which a professor can defend herself in explaining the motivation and intended meaning of her words.

The uncertainty over the process used in this case creates an obvious chilling effect for other faculty members. In 30 years of teaching, I have never seen the level of fear among faculty over speaking or writing about current events, particularly if they do not agree with aspects of the protests.  Not only is there a sense of forced silence but universities have been conspicuously silent in the face of the destruction of their own public art and statues. Even New York Times editors can be forced out for simply publishing opposing views.

As we have previously discussed, chilling effects on free speech has long been a focus of the Supreme Court.  Free speech demands bright line rules to flourish. The different treatment afforded faculty creates an obviously chilling effect on free speech.  Avoiding the chilling effect of potential punishment for speech is a core concern running through Supreme Court cases.  For example, in 1964, the Supreme Court struck down the law screening incoming mail. A unanimous court, Justice William Douglas rejected the law as “a limitation on the unfettered exercise of the addressee’s First Amendment rights.” It noted that such review “is almost certain to have a deterrent effect” on the free speech rights of Americans, particularly for “those who have sensitive positions:”

Obviously, many of these school are private institutions but freedom of speech and academic freedom have long been the touchstones of the academy. What concerned me most was that I could not find a university statement on a matter that resulted in the canning of one of its deans — just an ominous note that the page of Dr. Neal-Boylan can no longer be found.