NBC News is a pretty big operation, wouldn’t you say? So, they can totally come up with some cash, right? 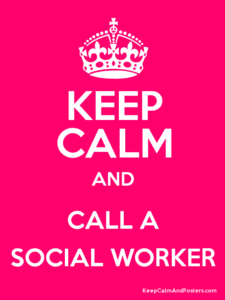 The summer of 2020 has been a summer defined by agitation. What started in Minnesota following the police killing of George Floyd spread quickly across the nation. This past week, Kenosha, Wisconsin, became the latest flashpoint, as protesters clashed with police and armed vigilantes over the police shooting of 29-year-old Jacob Blake. One of those vigilantes has been charged with killing two protesters and injuring another.

But another Midwestern city — my city — was the center of attention three weeks ago.

In the early hours of Aug. 10, caravans from across the city ransacked high-end stores in and around downtown after rumors circulated on social media that Chicago police had shot and killed a 15-year-old Black boy on the South Side. Police did shoot 20-year-old Latrell Allen, who is Black, the day before. Police allege Allen fired gunshots at them, but officers were not equipped with body-worn cameras, and no other footage of the incident has been made available. Allen is expected to recover.

Interesting. NBC opinion writer Carlos Bellesteros only seems to care about these killings, not the, say, the 55 shot and 10 killed this weekend in Chicago. Anyhow

Images of people walking in and out of department stores with their hands full of products transfixed a confused nation. Mayor Lori Lightfoot called the looting “an assault” on Chicago, while the Rev. Jesse Jackson said it was “humiliating” and “morally wrong.”

But young Black activists pushed back. “When protesters attack high-end retail stores that are owned by the wealthy and service the wealthy, that is not ‘our’ city and has never been meant for us,” Black Lives Matter Chicago said in a statement after the looting. “These protests can only end when the safety and wellbeing of our communities is finally prioritized.”

An excuse for theft.

Prioritizing Black communities has always been a problem for Chicago. Since arriving en masse during the Great Migration more than a century ago, Black Chicagoans have been violently relegated to the margins, exploited at every turn and expected to do more with less. Racism in Chicago even shocked Martin Luther King Jr., who said he had “never seen — even in Mississippi and Alabama — mobs as hostile and as hate-filled” as the ones he saw here.

So, the Democrats who run Chicago treated blacks badly and still do? Huh. Carlos says that the housing business in Democratic Party run Chicago is racist, from housing values to loans to how much banks put into black neighborhoods. And white businesses are worth more than black ones. And whites make more (well, yeah, since the white Dems keep blacks down in the projects). So

All of this amounts to a historic pattern of perpetual, systematic looting of Chicago’s Black community. As of Aug. 13, at least 42 people had been charged with felonies in the alleged looting three weeks ago. How many bankers have been charged for stealing from Black families?

Only loaning 12 cents in black neighborhoods for every $1 in white neighborhoods isn’t “stealing”: it wasn’t their money to start with. Not much of an argument, right?

Activists say money for those initiatives should come from police coffers. In 2020, the operating budget for the Chicago Police Department hit $1.65 billion, the largest police budget in the city’s history. Most of that money is earmarked for salaries and overtime pay for the 13,000 or so sworn Chicago police officers, giving the city more cops per capita than New York or L.A.

And you know what happens? Those police officers will have their patrols prioritized so that they are spending way less time in those lower income neighborhoods. Response time to emergency calls will take longer, and ambulances will not come if they do not think the area is safe.

But the looting shows Chicago’s legacy of plundering Black wealth will not fade away on its own. Reparations of all kinds must be made to Black Chicago.

OK: when do white Democrats pony up? They run the town, right?

BTW, no one tell Democrats pushing for reparations that this kind of money, given because it is “owed”, would mean blacks would be less beholden to the Democrats.