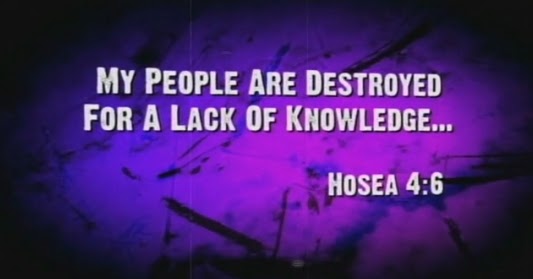 By Rob Pue / News With Views 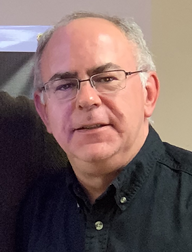 Are you aware of what’s been going on in the world lately?  How well do you follow current world events?  I assume, since you’re either listening to this by radio or reading this in print, that you are already well informed, much more so than the average person.  But I’d like to begin today with some news briefs regarding things that have taken place just recently, and just see if you’ve heard of these things.

Just as a reference point, as I prepare this message we’re nearing the middle of August, 2020.   Let’s start with Los Angeles, where the mayor there, Eric Garcetti announced on August 6th that he ordered the LA Department of Water and Power to cut off the water and electricity to any homes, venues or businesses in violation of COVID-19 “safety measures.”  This will potentially put thousands of people in serious danger.  We’re no longer just talking about a fine for not wearing a mask; now, if you disobey the mayor’s edict, you’ll find yourself with no water for drinking, cooking and sanitation purposes and no electricity to run home appliances or medical devices.

And I wonder if you’ve heard the name Susan Rosenburg.  In the 1970s and ‘80s, Rosenburg was active in the far-left revolutionary terrorist May 19th Communist Organization.  This group’s goal was to “openly advocate for the overthrow of the US government through armed struggle and the use of violence.”  This organization supported the Black Liberation Army and was involved in armored truck robberies as well as bombings of government buildings.  Rosenburg was arrested in 1984 while in possession of a large cache of explosives and firearms.  She was sentenced to 58 years in prison, but her sentence was commuted by Bill Clinton on January 20, 2001 — his final day in office.

Why is this important today?  Because today, she’s the vice chair on the Board of Directors of an organization known as the “Thousand Currents.”  This is a tax-exempt, non-profit organization that serves as one of the fundraising arms of the Black Lives Matter Global Network Foundation.  I’ve spoken before regarding the Socialist/Communist/Marxist roots of Black Lives Matter.  (Few believe me, by the way, because they refuse to do ANY amount of simple research on BLM for themselves).  And now we’ve discovered that another one of the key players in this plot of overthrow America is a convicted domestic terrorist.  Were you aware of that?  And interestingly, since this information was discovered, the entire list of Thousand Currents’ Board of Directors has been deleted from their website.

In Chicago this past weekend, there was more looting, violence and devastation.  This time on Michigan Avenue, along the Magnificent Mile, State Street and parts of the Gold Coast neighborhood, South Loop and Near North sides of the city.  Thousands of people  were involved in breaking windows, looting stores and causing widespread devastation.

Chicago Police superintendent David Brown said, “Criminals took to the streets with the confidence that there would be no consequences for their actions.”  But while more than 400 officers were deployed, only about 100 of these thugs were arrested.  According to ABC 7 Chicago News, witnesses described the vandalism as a “coordinated effort,” with multiple cars dropping off groups of people, who then would smash-and-grab merchandise from stores, and take off running in opposite directions before police could respond.  This sounds like another coordinated attack by Black Lives Matter and ANTIFA.  A curfew is now in effect in Chicago from 8 pm – 6 am.

And here’s a report from Australia.  In a Facebook post a resident there stated, “I am currently living under this communist rule here in Victoria, Australia.  We have Stage 4 restrictions.  We cannot leave our homes for more than one hour of exercise a day.  Only one person to the supermarket a day.  We have meat and food shortages.  ALL businesses have been closed.  You need papers to travel and attend essential work.  You need to pass through multiple police check points to go anywhere and you must produce your ‘papers’ to police.  We are not allowed more than 5km from our homes and we have a curfew from 8 pm – 5 am.  $100,000 fines for anyone breaching these rules, per person!  We have the army and police going door to door checking our homes.  We need help!”

No doubt you’ve heard about America’s Frontline Doctors — or perhaps you were among the millions of viewers of their press conference, before social media censored it, search engines scrubbed it, and the mainstream press debunked it.  If you’re not aware, about ten doctors from around the country held a press conference on July 27th — these are actual doctors, working with actual patients, and they stated emphatically that there is a CURE for the coronavirus:  Hydroxychloroquine (a medicine that’s been proven to be safe and effective and is sold over the counter in most countries), Zithromycin and Zinc.  One physician, Dr. Stella Immanuel of Houston, stated she personally treated more than 350 patients with this regimen and every one of them recovered quickly.  However, social media, government and health officials and the mainstream news media could not squash this information fast enough.  Some governors quickly moved to ban the prescribing of Hydroxychloroquine by doctors and the dispensing of the drug by pharmacists.

The “Frontline Doctors” have stated that Hydroxychloroquine is safer than Tylenol and is taken regularly in some countries to avoid getting Malaria.  It’s been prescribed for decades, often used “off label” for a number of maladies and was shown to be effective in the treatment of SARS in 2005.  At least one of the doctors, Simone Gold, was fired from her hospital position for coming out and speaking in favor of this treatment, even though the treatment worked for all of HER COVID patients as well.  Still, all we hear about is the Bill Gates Vaccine, coming soon, on the fast track, to be deployed by the US Military “very very quickly,” said Donald Trump, who has already ordered 300 million doses.  And Gates has stated it will likely take MORE than one vaccine to put a stop to COVID.  I wonder, when did this billionaire computer tycoon, who can’t even keep his Windows operating systems from contracting serious viral infections become a licensed doctor?  And why are we being FORCED to listen to HIM rather than real doctors working with real patients on the front lines?  If you don’t think we’re being FORCED to listen to Gates and NOT ALLOWED to hear from real doctors, then you are willfully ignorant.

Incidentally, “COVID” is said to be an acronym for “Corona Virus Disease.”  I’m just wondering aloud here… but could it possibly be better described as “Certificate of Vaccination ID?”  Very likely.

And in New York City, mayor Bill deBlasio announced on August 5th that checkpoints will be set up at major entrances to the city to screen for out-of-state travelers who may be violating quarantine rules.  Right now, citizens of 35 states are required to self-quarantine for 14 days upon arrival in New York.  Anyone flying into or through the state must fill out a form stating their destination or receive a $2,000 fine.

Meanwhile, as more and more Americans are buying firearms for the first time right now, ammunition is nearly impossible to find.  Gun sales are up 150% over last year, but most stores nationwide are out of ammunition.  When asked when they will be getting more in, the frustrated owners simply tell you, “no idea… it could be a week, it could be six months.  It could be never.”

Now let’s look at what’s happening in Washington DC.  Democratic Representative Ilhan Omar recently stated that the American economy and political systems need to be dismantled.  Yes, she said that… they’re no longer even trying to hide their true intentions.  This Islamic representative from Minnesota said“We must begin the work of dismantling the whole system of oppression.”  Incidentally, there is very strong evidence that Omar entered the US illegally, married her brother in order to qualify for citizenship and she’s also been accused of illegally accepting free college tuition under false pretenses.  There is strong evidence against her, yet no formal investigation or charges have ever been brought.

On August 9th, there was a 5.1 magnitude earthquake in Northwest North Carolina.  This was the largest quake to hit the area since 1916.  Is the earth groaning under it’s burden of sin?

And even as the actual number of cases of COVID continue to decline, more and more states are enacting even more drastic measures to lock us all down again.  Mandatory masking is nearly everywhere, nationwide now, and state and county health departments are aggressively hiring “contact tracers,” even as they set up “snitch hotlines” to report people not obeying the mask or “social distancing” rules.

Columnist Todd Starnes has reported from Vermont that the Mill River Unified Union School District there has directed EVERY principal to hoist “Black Lives Matter” and LGBT “pride” flags over EVERY school building.  The school district made the decision after a single student — one student — requested that the flags be flown.

And schools in Madison, Wisconsin have decided to adopt a policy that allows children with so-called “gender dysphoria” to secretly “transition” at school behind their parents’ backs.  Under the new policy, teachers are prohibited from informing parents if their child  chooses to adopt a new name or pronouns or chooses to use restrooms or locker rooms for members of the opposite sex.  I dare say it’s a good thing if public schools and colleges remain closed indefinitely.  Perhaps the parents will have more of a role — and learn something themselves — by being more involved with the education of their children.