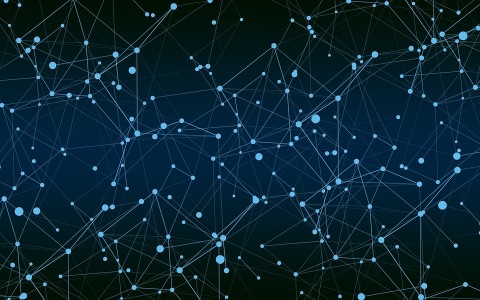 In a strange turn of events, patent filings recently made public show that the United States Postal Service (USPS) is attempting to monopolize the use of blockchain technology in voting. Not only is it disheartening to see a federal entity attempting to run what amounts to a tech startup, but the patent itself is dangerously vague with the potential to threaten innovation in an emerging market. Intellectual property protections should never be used to prop up dying federal agencies or to establish new government monopolies.

It is ridiculous to think that the Postal Service believes that it would be able — let alone that it should — run such a difficult program. With operating deficits having approached $75 billion last year, excluding billions more in unfunded pension liabilities, the USPS can’t even afford such a laborious undertaking.

Before going any further, it is important to explain what blockchain is. In the simplest terms, blockchain is just a new method of record keeping that uses a decentralized ledger, but even that definition is convoluted and fails to capture the full impact of blockchain. The best method of explaining this new technology is by way of example.

Currently, if you want to purchase a car, you have a plethora of options of who to buy from. You might visit a dealer or get a used one online, but any way you decide to buy, there is an element of trust that goes into the transaction. You must trust that the seller is being fair and honest, and the seller must trust that you can actually pay for the car. This inherent tension in any transaction has traditionally been resolved through the use of some centralized third party. In this instance, the bank has assumed this role by financing the purchase of vehicles. But the underlying method of assuring trust between buyers has always been cold hard cash, ultimately backed by untrustworthy central banks.

No matter which way you cut it, all transactions, whether they be commercial or otherwise, require a third party for verification. That’s where the blockchain comes in. Rather than using a centralized third party like a central bank to verify transactions, the blockchain uses a vast decentralized network of computers to do the same job quickly, transparently, and securely. The form of blockchain that most people are familiar with is cryptocurrency, like Bitcoin and Etherium, because financial transactions are the most obvious place for this technology. These wannabe-currencies are unique because, contrary to normal currencies that require a central bank, cryptocurrencies are decentralized using the blockchain.

Using our previous example, if you want to purchase a car using cryptocurrency, you would first initiate the transaction with the seller. At this point, all the relevant information about the transaction is encoded into an anonymous file and distributed across the network. Around the globe, so-called “miners” use their computers in a race to be the first to verify that the transaction is legitimate. Once your transaction has been verified, it is bundled with other simultaneous transactions and added to a “block” of records. These blocks are then added to the “chain” of all other transactions and kept as a permanent ledger.

The most important distinction is that, in any blockchain transaction, all of the information about that transaction remains anonymous and secure. In the instance of crypto, it can be thought of as untraceable digital cash that is backed by the full faith and credit of the network. As more transactions are verified, the chain grows and the currency becomes both more stable and more secure.

For the more technical side of the equation, Reuters provides a fantastic visual guide.

When people think of blockchain, they often think only of crypto, but this is merely one implementation of a foundational technology. Just as the internet was a foundational technology that caused radical innovation in communications and commerce, blockchain has the potential to cause a new wave of innovation that some have famously termed “web 3.0.” One of the areas that innovators are looking to employ blockchain is to supplement existing mail-in voting infrastructure.

Way back in 2016, the USPS Inspector General encouraged the Postal Service to consider the potential uses of blockchain. Since then, the USPS — as well as many other federal entities — have been actively exploring the use of blockchain technology. For this reason, the Postal Service expanding into blockchain technology is far from surprising. However, their attempt to take over the future of America’s elections certainly came from left field.

As Andrew Hayward of Decrypt put it, “the patent application reads like a brainstorming session, with many possible options listed for how blockchain tech and digital elements could be used to supplement the physical, mailed element of the process.” In another instance of federal bureaucrats trampling on industries they don’t understand, this patent has the potential to decimate innovation among current election support companies and startups like FollowMyVote that are entirely dedicated to using blockchain to supplement existing voting processes.

Federal agencies should not be allowed to abuse their position in order to monopolize a burgeoning industry through purposely vague intellectual property rights. The fact that federal agencies already possess “nonexclusive, irrevocable, royalty-free licenses in thousands of patents,” and the authority to create more, further demonstrates how this patent has nothing to do with innovation or security. Rather, the Postal Service is using its position as a federal agency to leverage blockchain patents for future market control. In being the first mover, the USPS is looking to prevent private competition in this space before the industry has even gotten off the ground.

Blockchain is a foundational technology that has the potential to revolutionize the way we transact with one another across many sectors. As the Postal Service attempts to solve the myriad of problems of voting by mail, they should not be allowed to monopolize a burgeoning industry. The federal government shouldn’t be allowed to profit from private innovation and then slam the door behind them at the expense of private industry.

Loading...
"Not by might, nor by power, but by my spirit, saith the Lord of hosts." Zechariah 4:6
BEFORE IT'S NEWS ON TELEGRAM
GET THE TELEGRAM APP - https://telegram.org/ JOIN OUR CHANNEL - https://t.me/BeforeitsNews
Read it..
BEFORE IT'S NEWS
SIGN UP FOR OUR NEWSLETTER
Today's Top Stories
The Real Reason Tom Hanks and Rita "Moved" To Greece!!! High Profile Arrests and More!!!! (Must See)
X22Report: Welcome To The 15th Round, Knockout Coming, Truth & Facts, Panic In DC! - Must Video
Working Tesla Death Ray Confirmed via FBI Documents, Look What Else They Found!
Tsunami Coming! Biden Shocking New Revelations Only The Beginning
How to Use a Ham Radio When SHTF (With Pictures)- If The SHTF, Obviously Nobody’s Going to be Checking If You Have A License Or Not, So Buying A Radio And Storing It Against The Day It’s Needed Is An Option
Live Stream! War in Kentucky! Officers Down! Protests Turn Violent Civil War 2.0
Dan Bongino May Have Cancer
How To Stop A riot In 1 Hour Anywhere - No Injuries
Hunter Biden CAUGHT in Human Trafficking Scandal?! - Steven Crowder Must Video
Lawsuit Accuses Facebook of Watching Instagram Users Through Phone Cameras
Loading...
Featured
BLM Shoots Cops Over False Breonna Taylor Narrative! - Must Video
500K Taken into Re-Education Labor Camps & Mike Pence Issues Dire Warning to America!
I Pet Goat II: Antichrist Video Explained! Classic Breakdowns
Crimes Against Humanity Exposed! Truth Will Be Told! - A Must Video!
RichiefromBoston: Agenda 21 and the Lockdowns Are Coming
Sarah Westall: Military Coup! What is Planned & Names Behind the Plan - w/ Colonel Black & Harley Schlanger
Crime Family? Exposing The Criminal Families & Their PUPPETMASTERS? - Must Video
The Seeds Have Been Planted For The Next American Civil War. I Don’t Think Anything Stops It Now.
Civil War: The Left’s Revolution Playbook EXPOSED
Tsunami Coming! Biden Shocking New Revelations Only The Beginning
Loading...
Top Global
The Seeds Have Been Planted For The Next American Civil War. I Don’t Think Anything Stops It Now.
SGTreport: General Wesley Clark "We're Going to Take-Out 7 Countries in 5 Years"
Wanna bet that Aus’ is a testing ground for what’s coming soon?
WATCH: President Trump Slams China at United Nations: ‘China Must Be Held Accountable’
After Trump Shut Him Up, Vengeful Fauci Made NEW Sinister Plans & He’ll Stop At Nothing To Get It!
RichiefromBoston: A Major Part of Their Plan Was Right In Front Of Our Eyes
Breaking! China Warns What Comes Next In Taiwan!
BioWarfare: Chinese Communists “Intentionally” Unleashed “Frankenstein” COVID-19, Says Wuhan Scientist!
China is Spying on Millions of People & They Aren’t in China!
Massive International Banking Scandal Crushes Bank Stocks, JP Morgan, Deutsche Bank, HSBC Plunge On FinCEN Leak! - Must Video
Loading...
Top Alternative
Edgar Cayce: Strange Metals, Minerals and Stones... Their Magical Properties Were Noted by Cayce
The Great Conservative Migration & What It Means For The Future
Ghislaine Maxwell's Friends Predict She Will 'Sell Out' Bill Clinton as New Revelations Emerge!! - Must Video
Soros-Funded Coalition Plans to Unleash Election Day Chaos That Could Far Surpass Floyd Protests!
Biden Voters Riot, Commit Arson, Vandalism, And Attempted Murder
American Civil War Looms as Trump Reveals Intention to Ignore Voting Results
Fatally flawed COVID vaccine monkey business.
Only 2% of All People Can Hear This Mysterious Sound – and Nobody Knows Why (Video)
Civil War: The Left’s Revolution Playbook EXPOSED
A Personal Letter to Stressed Out Preppers Who Are TIRED of This Apocalypse