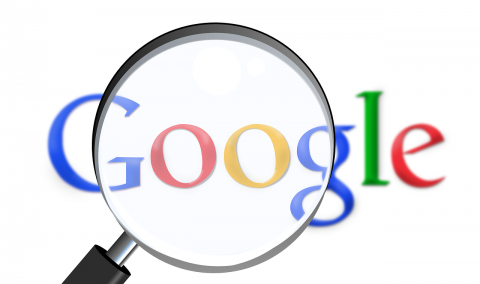 The Senate Judiciary Subcommittee on Antitrust, Consumer Policy, and Consumer Rights is meeting this week to discuss whether Google has engaged in anti-competitive business practices through its domination of the online advertising market. Led by Subcommittee Chairman Mike Lee (R-Utah), this hearing should have less of the circus atmosphere than last month’s House hearing on antitrust and big tech, which seemed more like an excuse for both parties to yell at Silicon Valley’s most powerful CEOs for soundbites.

This hearing comes in the shadow of a looming Department of Justice (DoJ) investigation into Google’s business practices. It is widely expected that the DoJ will press forward with charges against alleged anti-competitive behavior against the tech giant. In addition, a number of the subcommittee’s members, unfortunately from both parties, have expressed great interest in increasing the use of antitrust enforcement. Conservatives ought to be quite wary of the recent surge of bipartisanship interest in antitrust, as their means might align in a way that plays right into the big-government ends of the left.

Conservative lawmakers must use caution not to fall into the progressive mindset that a company having a huge market share makes it ipso facto anti-competitive. If antitrust laws are to exist at all, they ought to remain properly limited within the legal bounds of demonstrating that a company has stifled its competition in a way that is both deliberate and that causes harm to consumers.

Unfortunately, in their current anger and distrust – not always unmerited – that many conservatives hold towards Big Tech because of perceived bias in how they regulate the flow of information, some appear to be willing to wield antitrust enforcement as a weapon to “get even” with the hobgoblins of Silicon Valley. Ironically, some on the political left would agree, but for the exact opposite reason; whereas conservatives worry that various Big Tech platforms are stifling free speech, many on the far left keep bullying tech companies to censor far more.

In both cases, antitrust is sought as a weapon to be used to right a social ill more than an economic one. What constitutes overly aggressive censorship of “misinformation,” political speech, or “hate speech,” however any of those things are defined, is inherently a value judgment. Neither the leftist speech police nor the conservatives worried about free speech seem particularly sympathetic to the fact that the tech companies are in a no-win position – they’re never going to please all comers.

Breaking up companies like Google or Facebook isn’t going to make these questions or problems go away (neither will opening them up to liability for their moderation choices, but that’s a subject for another day). Ultimately, the beauty of the current “consumer welfare” standard that guides antitrust enforcement now is that it specifically measures for economic harms. That’s much closer to an objective standard than the state of antitrust enforcement for nearly the first century of its existence.

Reining in the prior “rule of reason” standard for antitrust in favor of the present consumer welfare standard was one of the greatest victories of the conservative movement against the administrative leviathan. Antitrust enforcement used to be so arbitrary, based upon whatever a judge might deem “unfair,” that large companies could have little idea (outside of obvious practices like price fixing) whether they were at risk of the government’s interference. That kind of uncertainty causes real economic harm and could threaten the dynamism and innovation that has made the U.S. the world’s leader in technology.

Unmoored from having to demonstrate economic harm, antitrust is an incredibly powerful tool to advance a progressive economic vision under which the government, not consumers, gets to determine when a company has become “too big” or when a new innovation is so successful that it becomes “anti-competitive.” In truth, no company has ever been able to maintain a true monopoly unless propped up by the government, but progressives mistake cause and effect.

As House Antitrust Subcommittee Chairman David Cicilline (D-R.I.) accused at the beginning of last month’s flogging of Big Tech CEOs, “concentrated economic power also leads to concentrated political power.” The one way to guarantee that becomes true is to further involve the government in setting the standards for what constitutes too much success. This won’t only affect the digital economy; a broader use of antitrust could affect every sector of our economy.

So while it is legitimate to investigate whether Google has leveraged its market dominance to deliberately stifle competition in the marketplace, conservatives should tread very lightly in the use of antitrust enforcement. Concerns about censorship, free speech, and their effect on democracy are understandable, but distorting free markets via antitrust policy is not the way to address them.