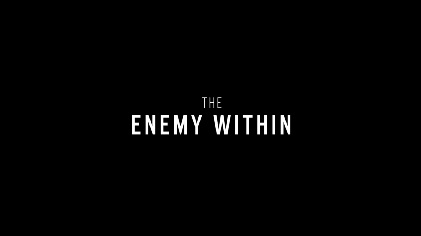 Watching Democrat-aligned radicals raze our cities over the past three months has felt like a thousand mini-Pearl Harbors — only the enemy is within and the damage is in our backyards.  While beleaguered Democrats dig their own graves as they prop up the riots, the ordeal has been exhausting, dispiriting, and frustrating for the rest of us.

Evidence of an alliance between Democrats and BLM couldn’t be more glaring.  Pernicious riots have persisted, unchallenged, in Democrat strongholds with the imprimatur of untold Democrat mayors, city councils, and governors.  The Democrat media delivers the news with an Orwellian blackout of the word “riot” as our cities immolate before our very eyes.  The “it’s all Trump’s fault” blame game is relentlessly hawked by Democrats from Biden, Pelosi, and her minions in Congress, to state and local authorities.  Democrat sympathizers in sports, entertainment, and corporate America kneel and capitulate to BLM demands with alarming ease, accede to cancellations, and willingly attend and promote mandatory re-education programs on white privilege.  Most glaring is the DNC convention love fest with BLM and the shameless promotion of BLM at the DNC website.

That the violence would endure and balloon as it has, should come as no surprise.  BLM never hid their incendiary Marxist agenda targeting the police, our political system, free markets, and the family — all of which are products of white supremacy and privilege. After a month of rioting, BLM leader Hank Newsome’s threat to “burn it all down” if BLM demands are not met, is nothing compared to his closing exhortation in that June 25, 2020 interview with Martha Macallum: “I just want black liberation and black sovereignty by any means necessary.” Two months later his dreams are being realized with whites and “whiteness” in the cross-hairs.

Imperious media, academic, Hollywood, and Beltway wokesters torment the rest of America with accusations of a type of racism that permeates everything we say, do, and are.  Denying its existence is further evidence of it. Everything white people have created is saturated with institutional and systemic racism that can only be eradicated by public renunciation of one’s white privilege and an admission it has spawned nothing but evil.

However, taking a knee, denouncing one’s privilege, and embracing the demands of those wielding the executioner’s sword in the hopes of evading punishment — a Torquemada-like tactic — just isn’t enough anymore.  Today’s race tyrants in the Church of Woke pressure heretics to confess to the sins of being white and privileged, then force them to abnegate all that they are and have achieved.

Thus are whites admonished to give up their jobs (see here, and here) and “transfer [their] power to black people” (as white husband of Serena Williams and Reddit co-founder Alexis Ohanian did when he resigned from the Reddit Board, as have other corporate luminaries).  They will no longer voice black characters and are advised to relinquish their homes to blacks. White restaurant patrons must allow black demonstrators to drink their beer. White citizens exercising their right to self-defense face criminal indictments, as happened to the McCloskeys in St. Louis and Kyle Rittenhouse in Kenosha.  They must kneel in solidarity with BLM even if that goes against their sense of patriotism, as happened with Drew Brees.  They must attend mandatory, segregated training to “undo whiteness.”  (Can you imagine if homosexuals were forced to attend “undoing homosexuality” training?)  And, white Sacramento Kings announcer Grant Napear found out stating “all lives matter” was grounds for dismissal from his job of 32 years.

These punishments for past and present invisible sins are a form of reparations — a variation of wealth and property transfer.  If traditional forms of redistribution like welfare, affirmative action, and public housing haven’t worked, why not appropriate the wealth and property of others by force?  Got Marx, anyone?

As in the Salem Witch Trials, where those accused of witchcraft were convicted whether they survived or drowned from a dunk in the water, White Americans stand convicted of racism whether they cop to it or not, whether the evidence supports it or not.  No trial.  No due process.  The fix is in with Soviet-style justice.

One thing we’ve gained after three months is greater insight into the psychology of this mob. What started out as a legitimate concern about black deaths at the hands of America’s law enforcement, quickly morphed into a collective temper tantrum by a motley and very dangerous collection of disaffected whites, blacks, and LGBTQ+ fueled by anger about a panoply of societal grievances.  Many are criminals, drug addicts, and mentally ill; most have copious amounts of rage they direct at whites, parents, people in authority, successful individuals, and society at large.

They are unwilling to engage in peaceful resolution.  Their self-righteous indignation is reinforced by CNN hosts and Democrat politicians telling them they represent the best of America. Once invisible, they now feel invincible.  Truth is, having grown up on a diet of “you didn’t build that,” they have no stake in what has been created over time — so they tear down statues, deface landmarks, burn buildings, loot property, and cavalierly take lives.  As destroyers, not creators, they have no clue how to build back, let alone build back better.  Their guiding principle is Obama’s shame at being an American.

This is not about justice, but vengeance.  It’s a coup and we are angry.  So angry that our instinct is to fight back harder than we’ve been hit.  We are frustrated.  So frustrated that we aren’t sure if we should fight back or continue to let this play out even if it destroys our cities.

Many want to take action; many want the feds to intervene.  But that is exactly what these Marxist ruffians want.  Recognizing there will be times we are forced to defend ourselves, we must decide as people who love this country and believe in the perfectibility of our imperfect union, is it worth losing another Kyle Rittenhouse or Aaron Danielson to subversives, who taunt us in the hopes we respond, so they can further escalate the pandemonium?  Or, do we outplay them and direct our energies to giving Donald Trump four more years?