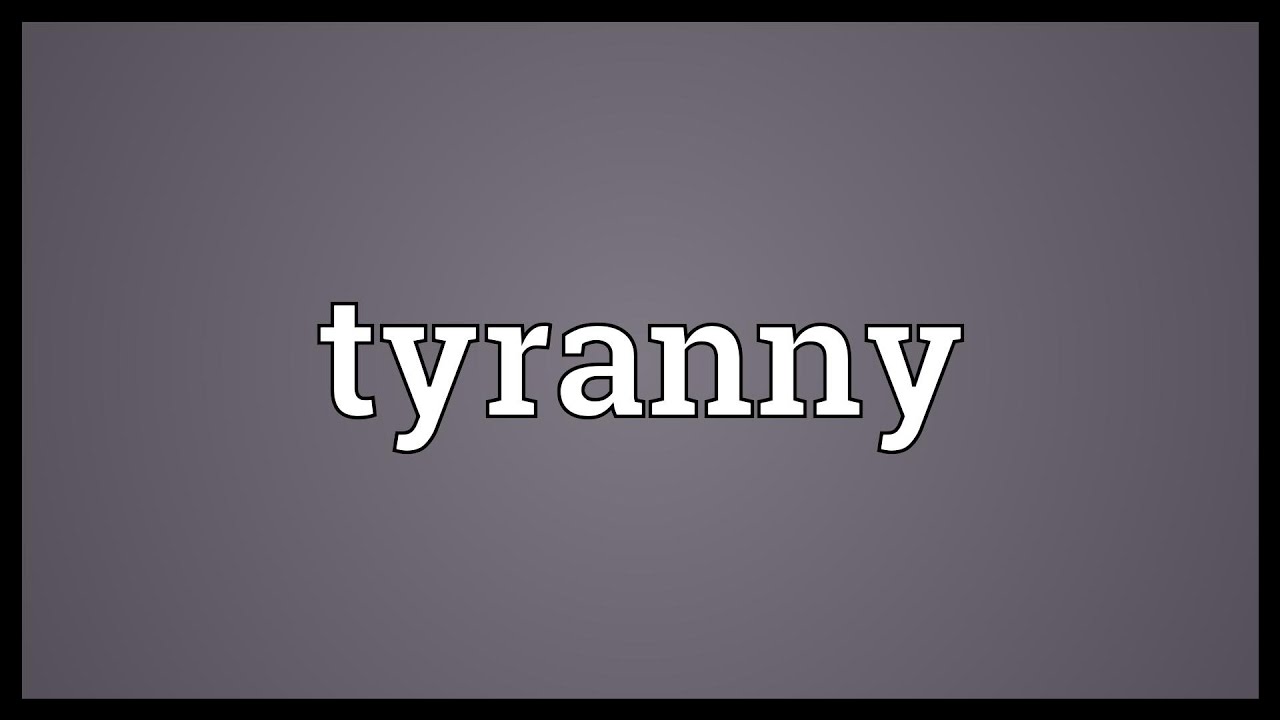 “Politicians are more likely than people in the general population to be sociopaths. I think you would find no expert in the field of sociopathy/psychopathy/antisocial personality disorder who would dispute this… That a small minority of human beings literally have no conscience was and is a bitter pill for our society to swallow — but it does explain a great many things, shamelessly deceitful political behavior being one.”—Dr. Martha Stout, clinical psychologist and former instructor at Harvard Medical School

Twenty years ago, a newspaper headline asked the question: “What’s the difference between a politician and a psychopath?”

The answer, then and now, remains the same: None.

There is no difference between psychopaths and politicians.

Nor is there much of a difference between the havoc wreaked on innocent lives by uncaring, unfeeling, selfish, irresponsible, parasitic criminals and elected officials who lie to their constituents, trade political favors for campaign contributions, turn a blind eye to the wishes of the electorate, cheat taxpayers out of hard-earned dollars, favor the corporate elite, entrench the military industrial complex, and spare little thought for the impact their thoughtless actions and hastily passed legislation might have on defenseless citizens.

Psychopaths and politicians both have a tendency to be selfish, callous, remorseless users of others, irresponsible, pathological liars, glib, con artists, lacking in remorse and shallow.

Charismatic politicians, like criminal psychopaths, exhibit a failure to accept responsibility for their actions, have a high sense of self-worth, are chronically unstable, have socially deviant lifestyles, need constant stimulation, have parasitic lifestyles and possess unrealistic goals.

It doesn’t matter whether you’re talking about Democrats or Republicans.

Political psychopaths are all largely cut from the same pathological cloth, brimming with seemingly easy charm and boasting calculating minds. Such leaders eventually create pathocracies: totalitarian societies bent on power, control, and destruction of both freedom in general and those who exercise their freedoms.

Once psychopaths gain power, the result is usually some form of totalitarian government or a pathocracy. “At that point, the government operates against the interests of its own people except for favoring certain groups,” author James G. Long notes. “We are currently witnessing deliberate polarizations of American citizens, illegal actions, and massive and needless acquisition of debt. This is typical of psychopathic systems, and very similar things happened in the Soviet Union as it overextended and collapsed.”

In other words, electing a psychopath to public office is tantamount to national hara-kiri, the ritualized act of self-annihilation, self-destruction and suicide. It signals the demise of democratic government and lays the groundwork for a totalitarian regime that is legalistic, militaristic, inflexible, intolerant and inhuman.

Incredibly, despite clear evidence of the damage that has already been inflicted on our nation and its citizens by a psychopathic government, voters continue to elect psychopaths to positions of power and influence.

Indeed, a study from Southern Methodist University found that Washington, DC—our nation’s capital and the seat of power for our so-called representatives—ranks highest on the list of regions that are populated by psychopaths.

According to investigative journalist Zack Beauchamp, “In 2012, a group of psychologists evaluated every President from Washington to Bush II using ‘psychopathy trait estimates derived from personality data completed by historical experts on each president.’ They found that presidents tended to have the psychopath’s characteristic fearlessness and low anxiety levels — traits that appear to help Presidents, but also might cause them to make reckless decisions that hurt other people’s lives.”

The willingness to prioritize power above all else, including the welfare of their fellow human beings, ruthlessness, callousness and an utter lack of conscience are among the defining traits of the sociopath.

When our own government no longer sees us as human beings with dignity and worth but as things to be manipulated, maneuvered, mined for data, manhandled by police, conned into believing it has our best interests at heart, mistreated, jailed if we dare step out of line, and then punished unjustly without remorse—all the while refusing to own up to its failings—we are no longer operating under a constitutional republic.

Instead, what we are experiencing is a pathocracy: tyranny at the hands of a psychopathic government, which “operates against the interests of its own people except for favoring certain groups.”

Worse, psychopathology is not confined to those in high positions of government. It can spread like a virus among the populace. As an academic study into pathocracy concluded, “[T]yranny does not flourish because perpetuators are helpless and ignorant of their actions. It flourishes because they actively identify with those who promote vicious acts as virtuous.”

People don’t simply line up and salute. It is through one’s own personal identification with a given leader, party or social order that they become agents of good or evil.

Much depends on how leaders “cultivate a sense of identification with their followers,” says Professor Alex Haslam. “I mean one pretty obvious thing is that leaders talk about ‘we’ rather than ‘I,’ and actually what leadership is about is cultivating this sense of shared identity about ‘we-ness’ and then getting people to want to act in terms of that ‘we-ness,’ to promote our collective interests. . . . [We] is the single word that has increased in the inaugural addresses over the last century . . . and the other one is ‘America.’”

The goal of the modern corporate state is obvious: to promote, cultivate, and embed a sense of shared identification among its citizens. To this end, “we the people” have become “we the police state.”

We are fast becoming slaves in thrall to a faceless, nameless, bureaucratic totalitarian government machine that relentlessly erodes our freedoms through countless laws, statutes, and prohibitions.

Any resistance to such regimes depends on the strength of opinions in the minds of those who choose to fight back. What this means is that we the citizenry must be very careful that we are not manipulated into marching in lockstep with an oppressive regime.

Writing for ThinkProgress, Beauchamp suggests that “one of the best cures to bad leaders may very well be political democracy.”

But what does this really mean in practical terms?

It means holding politicians accountable for their actions and the actions of their staff using every available means at our disposal: through investigative journalism (what used to be referred to as the Fourth Estate) that enlightens and informs, through whistleblower complaints that expose corruption, through lawsuits that challenge misconduct, and through protests and mass political action that remind the powers-that-be that “we the people” are the ones that call the shots.

Remember, education precedes action. Citizens need to the do the hard work of educating themselves about what the government is doing and how to hold it accountable. Don’t allow yourselves to exist exclusively in an echo chamber that is restricted to views with which you agree. Expose yourself to multiple media sources, independent and mainstream, and think for yourself.

For that matter, no matter what your political leanings might be, don’t allow your partisan bias to trump the principles that serve as the basis for our constitutional republic. As Beauchamp notes, “A system that actually holds people accountable to the broader conscience of society may be one of the best ways to keep conscienceless people in check.”

That said, if we allow the ballot box to become our only means of pushing back against the police state, the battle is already lost.

Resistance will require a citizenry willing to be active at the local level.

Yet as I point out in my book Battlefield America: The War on the American People, if you wait to act until the SWAT team is crashing through your door, until your name is placed on a terror watch list, until you are reported for such outlawed activities as collecting rainwater or letting your children play outside unsupervised, then it will be too late.

This much I know: we are not faceless numbers.

We are not cogs in the machine.

We are not slaves.

We are human beings, and for the moment, we have the opportunity to remain free—that is, if we tirelessly advocate for our rights and resist at every turn attempts by the government to place us in chains.

The Founders understood that our freedoms do not flow from the government. They were not given to us only to be taken away by the will of the State. They are inherently ours. In the same way, the government’s appointed purpose is not to threaten or undermine our freedoms, but to safeguard them.

Until we can get back to this way of thinking, until we can remind our fellow Americans what it really means to be free, and until we can stand firm in the face of threats to our freedoms, we will continue to be treated like slaves in thrall to a bureaucratic police state run by political psychopaths.

Constitutional attorney and author John W. Whitehead is founder and president of The Rutherford Institute. His new book Battlefield America: The War on the American People  is available at www.amazon.com. Whitehead can be contacted at [email protected].