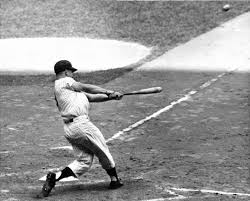 On the last day of the 1961 season, Roger Maris hit his 61st home run and set a new season record.

It was his second at bat of the game and the ball landed in the right field seats.  Sal Durante, a young man from Brooklyn, caught the ball.

Maris lived with an asterisk next to his record until his death in 1985.   It was removed by Commissioner Fay Vincent in 1991.

This is a nice book about Maris: