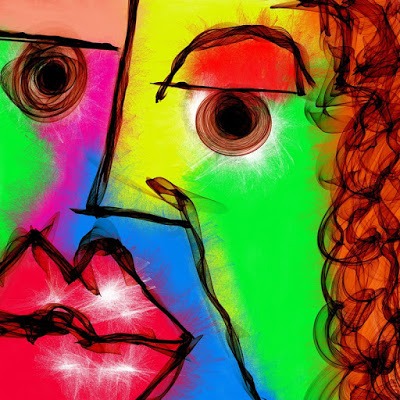 The American People are finally verging on apprehending the sellout of their great nation. How has a naïvely self-indulgent populace of “sheeple” come around, now awakening from their hypnotic slumber?

President Trump has been instrumental in this Great Awakening. He has been (1) pounding away at MSM fake news, our corporate versions of Pravda and Izvestia; (2) he has taken aim at the bankers’ Federal Reserve System(-of-money-fraud) and; he has pinpointed evil in (3) a whole amoral panoply of Satanic curses (mostly war and abortion “sacrifices”—resulting in a propaganda stew of mindless fornication—fomenting public vulgarity and a gluttony of other twisted perversions). There is more, but these are the offending fundaments: fix them and a lot will fix itself naturally.

Now, with this brazen, in-your-face election-steal attempt, We the People “get it.” Lordy Lord, at last! But what is it exactly that we now “get”?

To begin with, we’ve had it with Deep State “slow-walkers.” These include, for example, Jeff Sessions, Bill Barr, Chris Wray, Gina Haspel, and recently decapitated, Mark Esper. There are many, many more, of course. These bureaucrat sell-outs comprise the 8,000+ traitorous Senior Executive Service (SES) that forms the internal resistance to the president’s directives.

PDJT has been keeping them, his enemies, close—a good strategy for the first term. For the second term, however, all the slow-walkers must go, to be replaced by real patriots. (In this regard, Sidney Powell leads the pack.) And so, by reining in regulations and the “administrative state” generally, PDJT is doing good work for our tattered constitutional republic.

Still, to understand the national sell-out we need to grasp a certain historical perspective. We can probably start our encapsulated mini-me-review back in the aftermath of the Revolutionary War. Yes, we won, but British duplicity retained covert control through a merging of its media/monetary/and intel agency influence. British control has gradually tightened its noose ever since, now keeping tabs on us via “Five Eyes,” The Queen’s Privy Council, The Pilgrims Society, the SES, SERCO, the Council on Foreign Relations, and various socio-cultural institutions, e.g., Tavistock and its spin-off nonprofit foundations (funded by debauched oligarchs such as George Soros, etc., ad nauseum). These days, only the intrepid gadfly, Nigel Farage, stands out as a Brit hero in my book.

President Andrew Jackson “fought the bloody British in the town of New Orleans” (to quote the popular Johnny Horton tune from 1960). Jackson was the only other true outsider populist president to lead us, while conscious and privy to what he called the central bank of his time: “a den of vipers.”

President Jackson fought the central bank foreign influencers with noted success, giving rise to a decade or more of noted American economic resurgence and abundance. Gradually, however, this economic independence eroded. Predictably, the unholy influence of British infiltrator/subverters began creeping back into America as the Industrial Revolution gathered steam.

The Civil War (a/k/a the “War between the States” and the “War of Northern Aggression”) was the next historical lynch pin. Wars always need financing. When that destructive war was over, the creditors-came-home-to-roost. When the dust settled we were left with the Lieber Code, bankruptcy, a hollowing out of the Constitution, and a diminishing common law led by robber baron railroads and banks and carpetbaggers—and the unhinged ascent of private corporations to “personhood” (making them “persons,” albeit “fictional persons,” but with all of the rights and privileges that attach per the Constitution).

With the turn of the 20th Century and the election of Woodrow Wilson, the central bank plotters were hard at work once again. The deceptively named “Federal Reserve System” was the result of their handiwork, to be funded by a new income tax, ultimately enforced by the hated Internal Revenue Service. WWI offered the distracting cover and then the “Roaring ‘20s” followed, that introduced a moral loosening or the “softening up” (demanded by Marxists in their Communist Manifesto and much later popularized by Bolshevik “community organizer” Saul Alinsky, idolized by the one and only Hillary “Pantsuit” Clinton. But I digress…).

The Depression of the early ‘30s caused the great fear (mirrored today by this sensationalized “wu-wu flu Lockdown Mentality”) that drove the People into FDR’s socialism. His “New Deal” was characterized by those (now ubiquitous) three-letter acronyms or “alphabet agencies,” e.g., TVA, WPA, FCC, et al. These would morph into other, commonly-known agency acronyms, e.g., FBI, CIA, NSA. And of course WWII provided yet more cover for ever-growing statist shenanigans and infiltration into our institutions.

In 1947 the CIA was founded. The CIA would soon infiltrate and control every aspect of industry, commerce, and government activity. Not even the religious and their places of worship were exempt. As private industry came in line with CIA dictates and (as Chauncey Gardner put it in the film Being There, a shared “TV life”) our country was lulled into self-complacency. Next the populace would be bloated into obesity by high fructose corn syrup, introduced into many, many food items beginning about 1980.

The rest is a continuance of ever more “conspiracy theory,” of course. Most of us can fill in the blanks. Our more modern era is accentuated by the JFK assassination, the bombing of the Murrah Federal Building, 9-11, more (neocon) wars and numerous false flags. This sad chronicle of terror and cover-up was proceeding nicely; the blackmail of supposed “leaders” and bribery has been accomplished via their children and other family members, and the wealth funneled into straw foundations.

This brief historical overview is meant only to depict the gradual decline that was intentionally brought about by infiltration and subversion. Yep, Joe McCarthy was right. The John Birch Society is right. And so are the La Rouchers (distinguished among them being the well-informed and articulate Harley Schlanger).

And thus it was that the Mini-Me was born and bred in the USA. And this Mini-Me strategy quickly spread worldwide into developed and developing nations. Using a deranged Rockefeller plan to mis-educate and medicate, Mini-Me has become a successful clone of the socialist-globalist NWO plan of world domination.

For what it’s worth, its Antifa and BLM forces are now deployed. These are the ultimate robot Mini-Mees that form the Mighty Mouse contingent who like to beat-up women, the elderly, and generally those suspected of being physically weak. They spout their “critical race theory” of irredeemable white guilt, while projecting their own fascist-racist orientation onto regular Joe Americans. More horsefeathers!

Yes, the Mini-Me seems to have risen to full power now in the form of milquetoast soy-boy-and-girl-(and, well, whatever) self-hating jackasses who wear all black. These black-guard morons from their parents’ basements emulate their fearless leader-commander: “President-Elect” Biden the Bungling Basement Dweller (and his Bottom Feeder Followers).

So I think that Americans now get it, at least this much of it—despite the best efforts of MSM lies and misdirection, and the worst idiocies that the Demented Demos offer up in their “spin.” More importantly, because the (mis)election was allowed to proceed full-moron, We the People were treated to a real time show of just how voting machines steal our sacred voting rights. It seems PDJT really learned the finer points of the reality show during his sojourn in TV-land. Informed Americans can now say, “Now we know, now we know! It’s on TV so it must be real!” (Well it’s almost on TV anyway.) And now we can dismantle these republic-mutating-digital-shredders once and for all.

But wait, there’s more! Tune in to Part 2 for more in this, our “Demented Carnival of Life.” Part 2 is entitled America the Beautiful (and the Schizoid) by Jack Suss (aka Wyman Wicket), adapted from the original essay featured in Soul Enticed III: Lagniappe Essays, among my other books that are available here: https://www.wymanwicket.com/buy/