Canada sets out to enshrine 2050 net zero emissions goal in law
Justin Trudeau presented a bill to the Canadian parliament to set five-yearly carbon targets from 2030 to 2050, but was criticised for a lack of immediate action 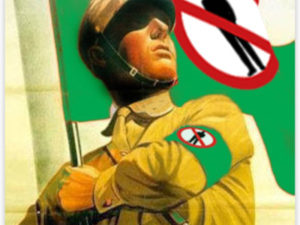 Prime Minister Justin Trudeau has presented a bill to commit Canada to cut its emissions to net zero by 2050 and set five-year targets to meet the goal.

The bill, called the Canadian Net-Zero Emissions Accountability Act, follows an election pledged by Trudeau to set the country on a path to achieve carbon neutrality by 2050.

The act, which was introduced to parliament on Thursday, establishes a legally binding process to set five-year emission reduction targets from 2030 and develop a credible plan to meet each commitment. If passed, future governments would have to report regularly on progress towards meeting the goals.

However, the bill does not set out how the government is planning to reduce emissions in the short term nor does it propose a new 2030 target.

Whoops. But, then, this is what most are doing, playing this “we’re going to have something going in 2030” game. Why? Because politicians need re-election, and crashing the economies and slapping massive restrictions on citizen’s lives while burdening them with a big cost of living increase won’t help them. They have to ease citizens into giving up their money and freedom.

Canada has failed to live up to its climate commitments in recent decades. It reneged on the Kyoto Protocol and prior to the pandemic was off track to meet its 2020 emissions target.

That’s pretty much every signatory of Kyoto and Paris

“What we see is that there is no plan at all. There is no plan for getting us to net zero. And it’s really just a game of smoke and mirrors,” Green Party leader Annamie Paul told reporters.

“There is only talk about accountability of a plan that will be developed at some future date,” she said, adding that it could take up to a year and a half under the bill for Canada to adopt a new 2030 target.

Did any reporter ask Annamie Paul, members of the Green Party, and members of the other parties pushing this stuff if they’ve given up their own use of fossil fuels and made their lives Net Zero?

The bill, she said, “moves us past the vagaries of the election cycle with legal requirements on governments to achieve climate progress, a strong accountability framework provides much-needed regulatory certainty for businesses to confidently make investments needed today to create jobs”.

That makes it sound as if voters will never be able to change the policy if the disagree with it. That’s rather disturbing.