Considering how much debt so many kids accrued in obtaining their mostly worthless degrees, how does this help? 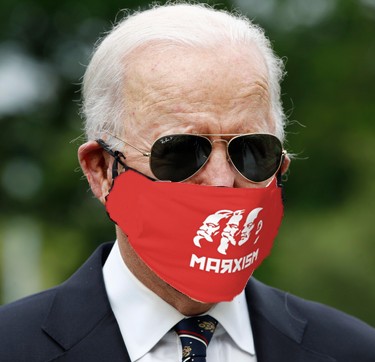 Former Vice President Joe Biden declared Monday that, as president, he would move to ensure that Americans with student loans have some of their debt “immediately” — by magic, apparently — wiped away.

Biden was asked by a reporter on Monday whether student loan forgiveness is part of his economic agenda. Biden responded affirmatively, no doubt pleasing the Democratic Party’s far-left members.

“It’s holding people up,” Biden said of student loan debt, the New York Times reported. “They’re in real trouble. They’re having to make choices between paying their student loans and paying their rent, those kinds of decisions. It should be done immediately.”

Biden voiced support for a proposal from House Democrats that would forgive $10,000 of student loan debt per borrower.

I guess that would be nice, but, what of the idiots who accrued $50K or more to get a degree in something ending in Studies or 5th Century Art or something? Let’s not forget that Democrats run most colleges and mostly set the costs of colleges. They’re they ones charging $200 for a text book that’s a quarter the size of a Steven King book which costs $30. And the ones teaching at colleges, pushing the kids into Victimhood for the loans they voluntarily signed, instead of working to pay for the degree or getting a scholarship.

House Democrats originally proposed forgiving $10,000 of student loan debt per borrower as part of their proposal for a second COVID-19 relief bill, which had a price tag of $3 trillion, making it the most expensive bill in history. The legislation was never considered in the Republican-controlled Senate because of its cost.

They scaled that back to only those who were “economically distressed” on the day before Trump declared the COVID emergency on March 12th, but, either way, is it any wonder that Republicans would not take the measure up?

Contrary to what progressives like Ocasio-Cortez claim, “canceling debt” is not something that actually exists. Lawmakers could remove a borrower’s liability for re-paying the debt, but the debt will be shifted onto someone.

In the case of federal student loans, the burden would be further shifted onto taxpayers.

Let’s not forget that the Patient Protection and Affordable Care Act, ie, Obamacare, made the federal government as the backers of all student loans, at which point the student debt exploded. So, if they “forgive” the debt, the federal government is on the hook, which means taxpayers are on the hook. Where will the money come from? And what happens next? What of the people who are in college now, who will demand forgiveness? And you can bet that homeowners, car owners, boat owners, people with credit card debt, etc, will demand the same thing. Some might be tongue in cheek, some might be real.