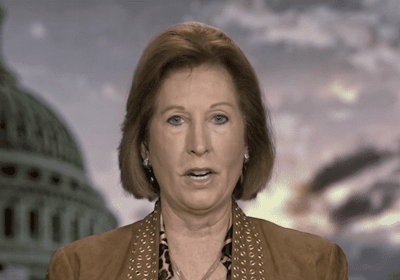 I have not the slightest doubt that this woman, not to mention her tacit alliance with L. Lin Wood scares the bejezus out of these leftists. And the higher up the ladder of corruption and treason the more sleepless night she is creating.

The louder and more insistent the Demonrats and the RINO scum become in insisting Trump concede the more assured I am that she and her team have found more than even they imagined. The more vitriolic and personal the attacks become the more certain I become that the conspirators will have no answer to the evidence she will present except to deny it even exists.

The Biden steal was not just a last desperate attempt. It was also the culmination of a long laid plan. The communists have long since completed their “long march” through the education systems and the entertainment industries and to some extent through the churches. They fully expected that by the end of a first Hillary term that the middle class would be into a 40% status, the population so demoralized and dependent on government handouts, that by the time of the second she could just turn the keys over to the ChiComs and nobody would even notice.

But then came along one Donald Trump and more importantly what I call the indignant Americans. The incompetence and emptiness of 8 years of Obama was there for all to see and Trump became his legacy. Their plans for usurping not just Trump but the Constitution itself was put on steroids.

Well they got caught. Not only do they know it, we know it and they know we know it now they are pretty damn sure Sidney Powell knows it and has the proof.

Somebody should start a dead pool on who the first Arkanside victim will be. Once the first one drops the rest are trapped. Caught between the rock of merciless Arkanside and the hard place of an FBI that nobody in their right mind trusts.